Accessibility links
Warmth In Winter: Smart Windows To Let Heat In Windows treated with an insulating film are twice as efficient as regular double-pane windows, since they block heat from entering a building. That's useful on warm days, but inefficient when it's cold. One lab is researching a new coating that could be turned on and off with an electrical current. 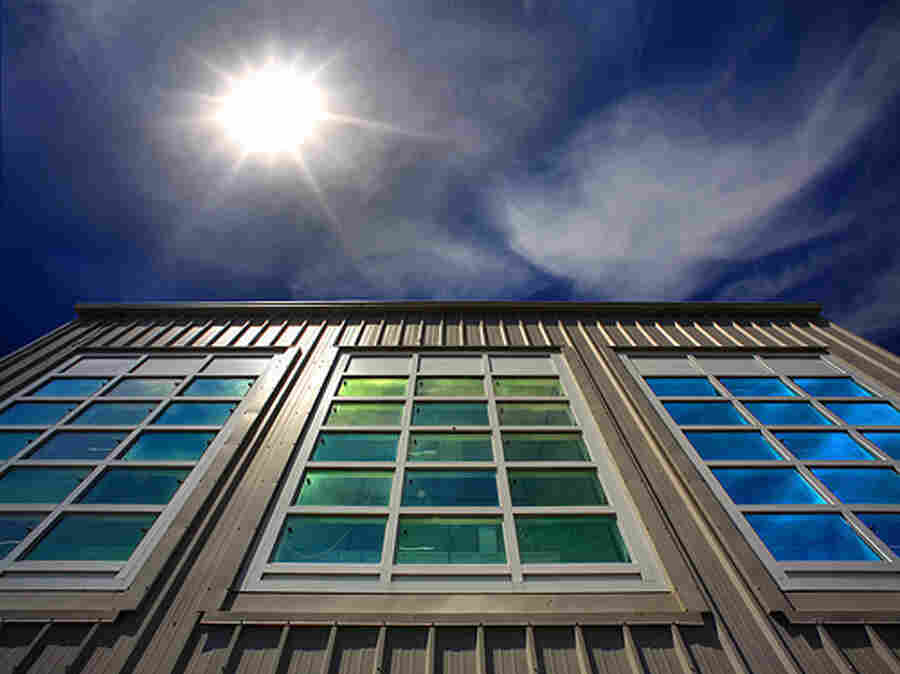 When you think of high-tech gadgets that make us greener, you might picture solar panels or electric cars; windows may not seem as exciting. But buildings are responsible for 40 percent of the country's energy use, and researchers say they can lower that number by making windows smarter.

As someone who studies windows, Howdy Goudey isn't surprised that most of us find them a little boring.

"It's a pretty pedestrian object," he says. "You know, what's new to do with a window?"

But at Lawrence Berkeley National Laboratory in Berkeley, Calif., windows are the focus of some cutting-edge research in nanocrystal technology.

For the most part, windows aren't good insulators. They leak heat in the winter and let heat in during the summer. Many homes still have single-pane windows, which were the name of the game during the post-World War II building boom.

But the country soon learned that insulation is necessary, as energy prices skyrocketed in the 1970s. Double-pane windows became common, and then came double-pane windows with invisible coatings, which are twice as efficient. Today, they make up more than half of windows sold. At a hardware store, these are labeled low-e windows, short for low emissivity.

Goudey demonstrates how the treated double-pane windows work with the help of heat lamps — the kind that diners use to keep food warm.

To simulate a hot summer day, he puts them behind two double-pane windows that look identical. In front of one window, it feels like standing in the sun. But standing in front of the other, low-e window is dramatically cooler, because it has an invisible layer of metal on the glass that acts as an insulator. The coating blocks heat from the sun while letting in light.

When sunlight shines through the untreated window, it provides both light and heat. Most of us want light coming in, but heat is the last thing we want on a hot summer day. 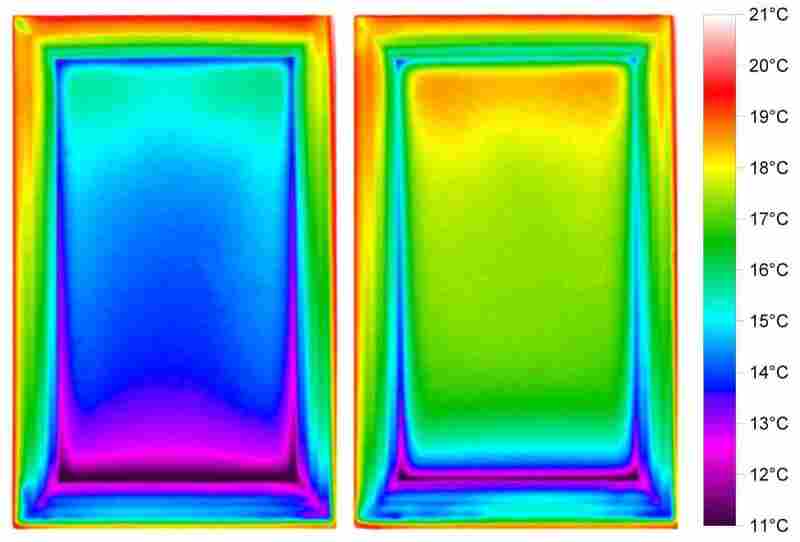 This infrared image shows a low-e window (right) and an untreated window in winter conditions. The low-e window's insulating film keeps heat inside a building. It also has coating that blocks outside rays of sunlight — an inefficiency researchers are trying to correct with dynamic windows. Lawrence Berkeley National Laboratory hide caption 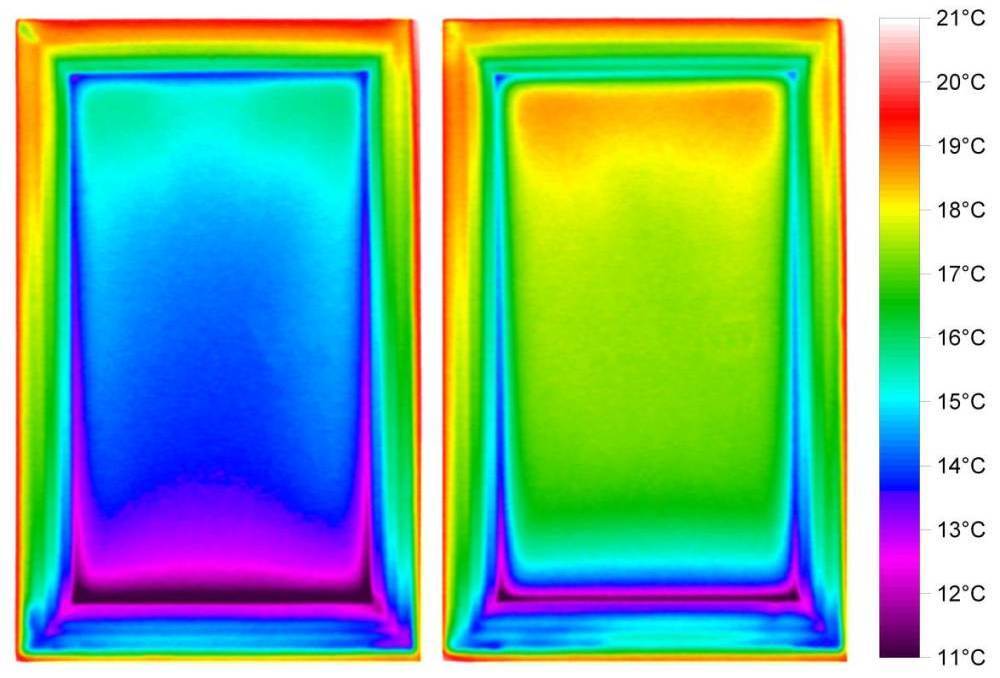 This infrared image shows a low-e window (right) and an untreated window in winter conditions. The low-e window's insulating film keeps heat inside a building. It also has coating that blocks outside rays of sunlight — an inefficiency researchers are trying to correct with dynamic windows.

"If you have a few windows in a room with direct sun on them, it's equivalent to running a little space heater," Goudey explains.

But here's the problem: On a cold winter day, that extra heat from sun would be helpful.

"You'd actually like that solar energy to come in and help heat the space," Goudey says. "So that motivates the idea of a dynamic window."

At the lab's Molecular Foundry, Delia Milliron is developing a smart window that can change based on the weather with the help of nanocrystal technology.

"Nanocrystals are very small. That's why when we spread them out in a coating on the window, you don't see anything," Milliron says.

You'd actually like that solar energy to come in and help heat the space. So that motivates the idea of a dynamic window.

In one setting, the coating lets in both the light and heat from the sun, which is useful for colder days. But apply a small electric current — a couple of volts, Milliron says, or what you'd get from a normal battery — and that's enough to change the charge of the nanocrystals so they block heat from the sun, but not the light.

Milliron says that ideally these windows would be controlled by your heating and cooling system, meaning windows could make buildings more efficient instead of being the energy losers they've always been. All that lost energy costs money, says Stephen Selkowitz, head of building technologies at Berkeley Lab.

"It costs homeowners about $40 billion a year," he says. "And I'd rather have the $40 billion in my pocket [instead] of sending it out the window."

Selkowitz says smart windows could be widely available in as little as three years, but they won't be cheap — possibly costing twice as much as today's windows. The cost should come down as manufacturing ramps up. And one day, smart windows could be written into buildings codes, where the technology would have a much broader impact.