Accessibility links
Judy Blume: Often Banned, But Widely Beloved The author has been channeling the anxieties, dreams and secret thoughts of young readers for more than four decades. With her candid treatment of topics like bullying and puberty, she has won legions of fans around the world — but she's also drawn the ire of critics who want her frank books banned. 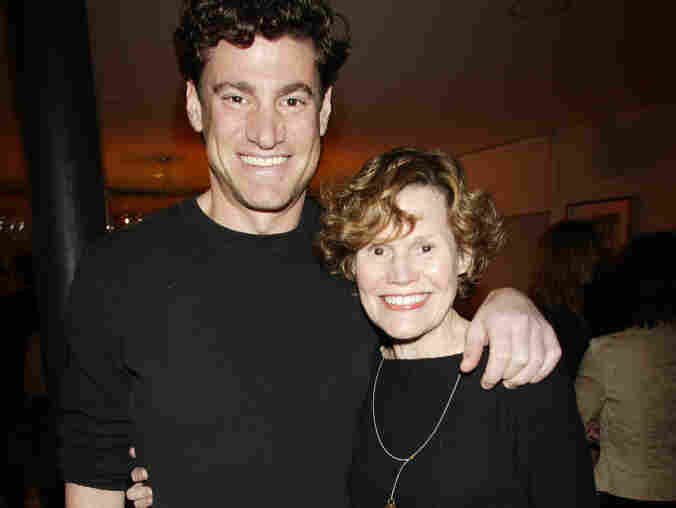 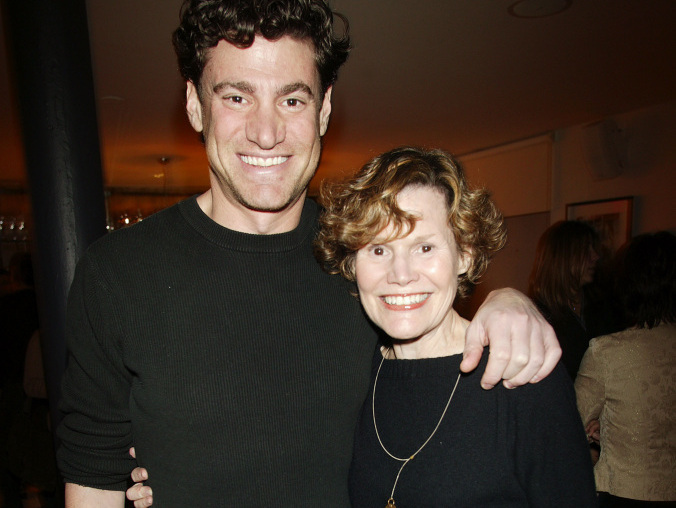 Prolific tweeter Judy Blume and her son, Lawrence Blume, are currently working on a film adaptation of her 1981 novel, Tiger Eyes.

Judy Blume has been channeling the anxieties, dreams and secret thoughts of young readers for more than four decades. With her candid treatment of topics like bullying and puberty, she has won legions of fans around the world — but she's also drawn the ire of critics who want her frank books censored.

Over the years, concerned parents and communities around the country have had several of Blume's books banned — including Are You There, God? It's Me, Margaret; Blubber and Then Again, Maybe I Won't — making Blume a champion for supporters of intellectual freedom for young people.

On censorship and banned books

"It hasn't gone away. It's growing in different directions ... It's contagious, the desire to control everything in your children's lives, including what they read.

"When I started to write, it was the '70s, and throughout that decade, we didn't have any problems with book challenges or censorship. It all started really in a big way in 1980 ... It came with the election, the presidential election of 1980, and the next day, I've been told, the censors were crawling out of the woodwork and challenging, like, 'It's our turn now, and we're going to say what we don't want our children to read.'

On how parents can convince kids to read certain books

"I'm saying to parents these days, 'Be careful.' You know, you all want them to read the books that you read when you were growing up — often my books — and I say you will turn them off. The best thing to do is leave the books around the house and from time to time say, 'I really don't think you're ready for that book.' "

On updating her classics, slightly, for modern times

"I think 25 years ago or something, my British editor said to me, 'Judy, why don't you get Margaret out of that belt and pins? Nobody knows about that.'

"In fact, belts and pins went out, I would say, probably right after I wrote Are You There God? It's Me, Margaret. We went to sticky pads ... And so I changed that. It has nothing to do with the book, but it doesn't stop the reader. And I changed electronics in the Fudge books, and I don't know whether that was a good decision or not. The problem is that I wrote those books over many, many, many, many years, and yet the books take place, you know, [in] fourth grade, fifth grade, sixth grade, seventh grade.

"And so how do you go from mimeograph machines in the fifth grade to computers in the sixth grade, right?"

On advising young writers about their careers

"It's all about your determination, I think, as much as anything. There are a lot of people with talent, but it's that determination. I mean, you know, I would cry when the rejections came in — the first couple of times, anyway — and I would go to sleep feeling down, but I would wake up in the morning optimistic and saying, 'Well, maybe they didn't like that one, but wait till they see what I'm going to do next.' And I think you just have to keep going.

"You know what? The thing is that nobody writes unless they have to. So if you have to write because it's inside you, then you will."