People who want to find out more about the fate of Holocaust victims now have a new resource online.

Joe Finkelstein's parents are both Holocaust survivors. But his father and grandfather were separated at the Mauthausen-Gusen concentration camp right before the people there were freed in May of 1945.

"[My father] never saw [his father] again, and he learned after the war that he had died," Finkelstein says. "He survived liberation and died, but he didn't know how or where or what happened to him."

Finkelstein asked the U.S. Holocaust Memorial Museum to search through more than 170 million documents in its archive. Because the records are not indexed, he says, staff had to do it manually.

"It's very critical to get this information to survivors and their families as soon as possible," says Lisa Yavnai, the director of the World Memory Project for the museum. 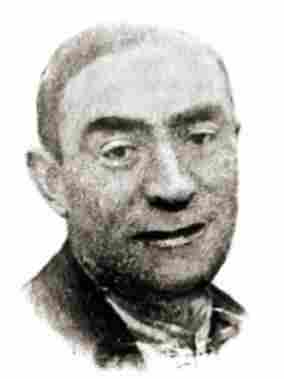 Joe Finkelstein's grandfather, Jacob, is seen in a photo Finkelstein found while doing research about his family at the U.S. Holocaust Memorial Museum. Courtesy of Joe Finkelstein hide caption

Since May, more than 2,000 people from around the world have indexed more than 700,000 records. That means data on more than 30,000 people can be searched online. Yavnai says the information can be entered by anyone and comes from various historical documents.

Ancestry.com's Quintin Atkinson says there are internal methods to check the accuracy of the information so families can rely on it.

"Family members and even survivors are able to use these records to complete a story," he says.

The museum's manual search took three years, but it was able to tell Finkelstein that his grandfather, Jacob, died in 1945, four days after being liberated by U.S. soldiers. The museum also found a photo Finkelstein was able to present to his 86-year-old father.

Finkelstein says his family is fortunate and he hopes other families will access the information or help contribute to it and be able to finish their own stories.