Accessibility links
Tim Arango: After Troops Leave, What Happens To Iraq? Tim Arango, the Baghdad bureau chief for The New York Times, shares personal stories from his time covering the war, including how he tracked down the subject of a famous photograph. He also talks about what the U.S. troop withdrawal means for the future of Iraq — and what will happen after the troops are gone. 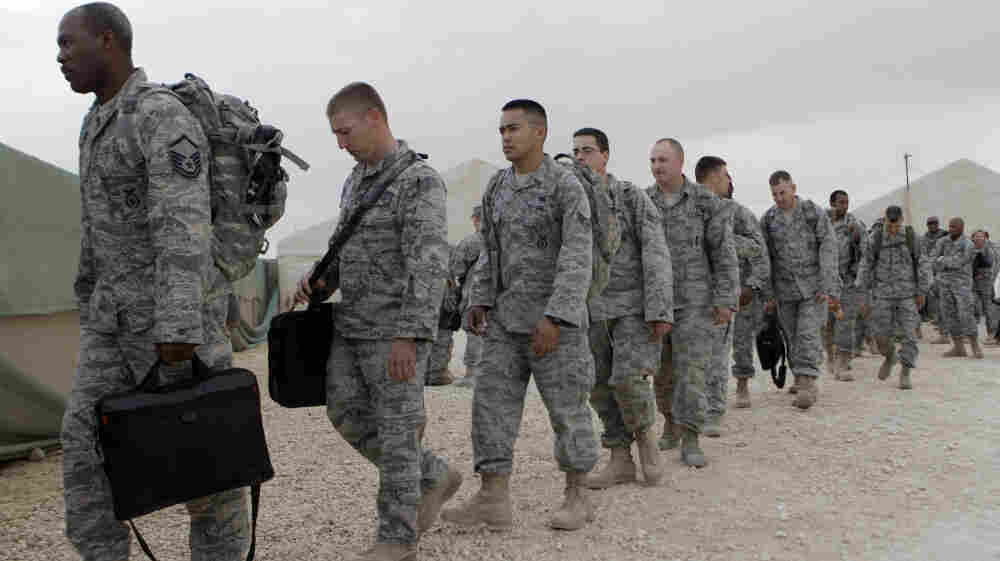 U.S. servicemen line up to board a bus as they begin their journey home at Al Asad Air Base west of Baghdad, Iraq, on Nov. 1. The U.S. has promised to withdraw from Iraq by the end of the year as required by a 2008 security agreement between Washington and Baghdad. Some 39,000 U.S. troops are scheduled to clear out along with their equipment. Khalid Mohammed/AP hide caption 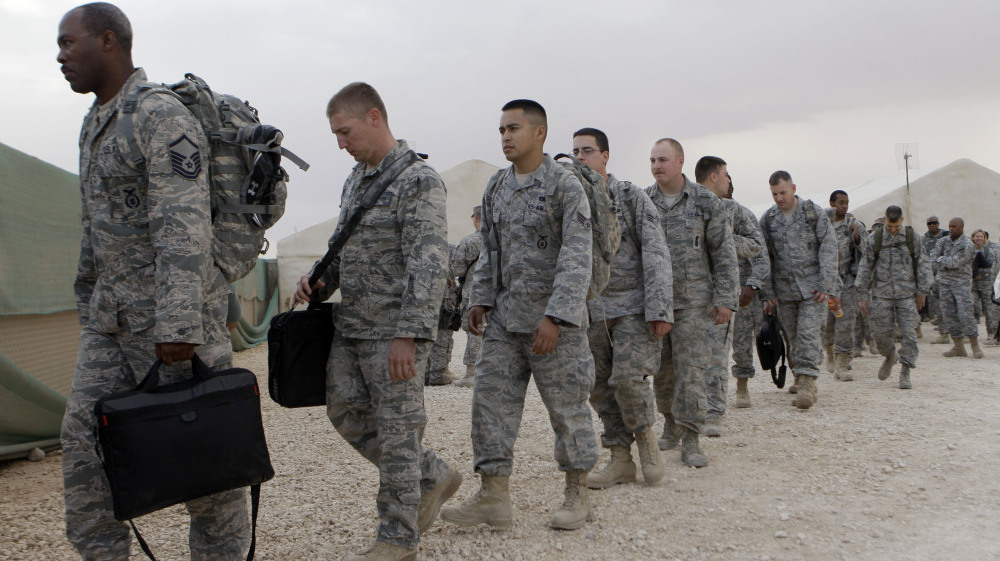 U.S. servicemen line up to board a bus as they begin their journey home at Al Asad Air Base west of Baghdad, Iraq, on Nov. 1. The U.S. has promised to withdraw from Iraq by the end of the year as required by a 2008 security agreement between Washington and Baghdad. Some 39,000 U.S. troops are scheduled to clear out along with their equipment. 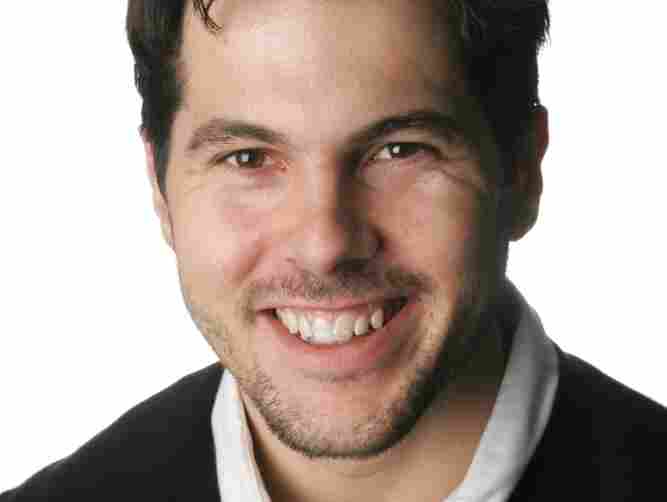 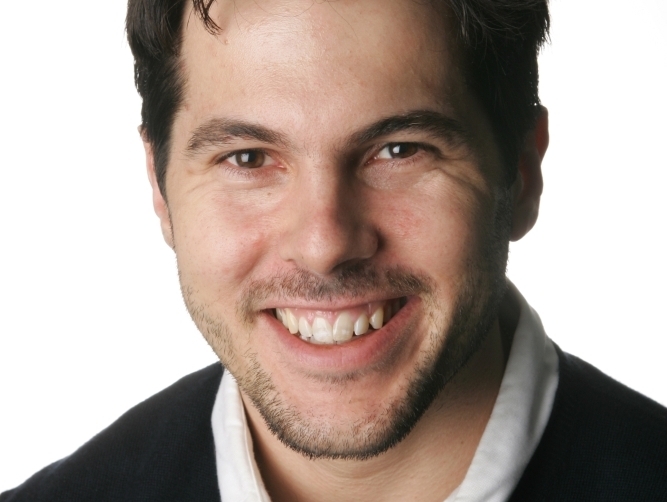 Tim Arango is The New York Times' Baghdad bureau chief. He has also written for Fortune Magazine and The New York Post.

In October, President Obama announced that most U.S. troops would be out of Iraq by the end of 2011, after negotiations with Iraqi leaders failed to extend the troops' presence. Only Marine embassy guards and liaison troops will stay behind in the country, where more than a million troops, in total, have served over the past eight years.

On Tuesday's Fresh Air, Tim Arango, the Baghdad bureau chief for The New York Times, shares some personal stories from his time covering the war. He also talks about what the troop withdrawal means for the future of Iraq, where sectarian violence and insurgency attacks continue to wreak havoc on civilians.

"It's at such a critical point," he tells Fresh Air's Terry Gross. "Even after almost nine years of involvement, it remains so unclear what happens to Iraq. We're at this point where the troops are getting ready to leave ... they'll be home by Christmas, and then I think the story will be even more interesting after they leave ... to see what will happen to the country because it will largely be in the hands of Iraqis then. And it's so unclear and so uncertain. And so for Iraqis it is a time of great anxiety."

In October, Arango and reporter Michael S. Schmidt reported that U.S. officials had expected that a few thousand U.S. troops would stay behind in Iraq to mediate disputes and train members of the Iraqi military. But that plan changed after the Iraqi Parliament refused to give American troops legal immunity.

"On the American side, [immunity] is a very fundamental and standard issue," he says. "We don't put troops anywhere in the world — whether it be Korea or Germany — where they would be subject to local laws. ... And I think for Iraq, I think it was this tortured legacy of American involvement — from Abu Ghraib to the shooting by Blackwater ... to the incident in Haditha and Anbar Province, where American troops acted badly and acted tragically and resulted in the deaths of Iraqis — and this legacy came back to haunt this process, and Iraqis said, 'No way.' "

The Greedy Battle For Iraq's 'Hearts And Minds'

Despite Obama's announcement that troops will leave at the end of the year, both Iraqi and American officials are still negotiating on possibly continuing their military relationship, says Arango.

He writes that "possibilities being discussed are for some troops to return in 2012, an option preferred by some Iraqi politicians who want to claim credit for ending what many here still call an occupation, even though legally it ended years ago. Other scenarios being discussed include offering training in the United States, in a nearby country such as Kuwait, or having some troops here under NATO auspices."

And the United States will continue to have a large diplomatic presence in the region.

"There's going to be 16,000 diplomatic personnel — whether they be diplomats from the Foreign Service or contractors," he says. "So there's a very ambitious plan to maintain influence there. But the problem will be that they will rarely be able to get around and travel around the country and interact with ordinary Iraqis. And I think as time goes on, we're going to see how hard it is for the State Department to maintain that influence in that environment when they can't move around and interact with the population."

"I had the idea when I came back to Iraq this year. I've always had this great love for the power of photography, and that photo had always stuck with me and I'd always wondered what had happened to her. And it was just this idea that I had in my head before I went back in March that I would love to track her down and see what became of her life. In March, I tried. I asked some of my stringers up north, where she had been from, if they could track her down. I had a little bit of information from clips about her name and who her guardian was after her parents had been killed. We didn't get very far. We couldn't find her. I put a little bit of effort into it, and then I let the idea fall by the wayside. After Chris Hondros was killed, I became more determined to find her. I thought the story would be even more poignant potentially. I made it a priority."

"I was not prepared [to be the first one to show her the photo]. I was sitting there in her living room, and it was her and myself and our photographer and one of my Iraqi colleagues. And it was us sitting there with her and her brother-in-law, and I had assumed they'd all seen it because we had explained the story and why we wanted to come see her. And she's like 11, 12 years old now. And then we realized that she hadn't seen it. They had said they had never seen it. They had vaguely heard of this famous photograph that she was in but they had never tried to find it or see it. And they asked if they could see it. And I felt very uncomfortable at that moment. I thought, 'What should I do?' And I had my translator very deliberately explain to them that this could be traumatic, do you want to see it? And they said they wanted to see it. Immediately I said OK, and I pulled it up and showed them. And I still don't know if it was the right thing to do at the time, but it is what we did. And it was quite emotional for her to see it, but her reaction was more muted than you would think. And I don't know if that's a function of all the trauma they've been through ... she became very loquacious after that. She had been very guarded before that, and then all the emotions came flooding out, and she became very talkative and very interested in talking after that. I still don't know if it was the right thing to do, but that was what we did."

On Iraq and the Arab Spring

"We have [the troops] leaving at a time when just about everybody involved in the discussion — from the American military leaders to the Iraqi military leaders — did not think it was a good idea that all the troops leave — that Iraq is not ready for that."

"The whole American-backed order of supporting people like Mubarak has crumbled. For the United States to maintain influence in [the Middle East], they need an ally in Iraq and it's unclear going forward if they will have that ally. It certainly is incredibly important, and people tend to look at Iraq as sort of its own particular, unique case right now — they don't look at it in terms of the Arab Spring. You see Iraq, they've had elections before Tunisia and before Egypt, and it's still unclear whether they're going to become a stable democracy. So it's still a stable test case as to if democracy can flourish in this part of the world."

"We have [the troops] leaving at a time when just about everybody involved in the discussion — from the American military leaders to the Iraqi military leaders — did not think it was a good idea that all the troops leave — that Iraq is not ready for that."

On a worst-case vs. best-case scenario for Iraq

"The worst-case scenario is that it descends into sectarian violence and chaos again. ... I think the best case is that it sort of muddles along the way it is now with a low-grade level of insurgency that is violent and affects Iraqi civilians, but does not threaten the state. It's going to take a new generation of leaders to come forward to bring Iraq into the future. If it can maintain a level of stability until those younger leaders emerge ... post-Arab Spring leaders, if you will — people who speak of democracy and tolerance."

"It's not a story that plays out on the front page, like it once did. There's a lot of fatigue here about this story, and the story is elsewhere in the region — it's in Egypt and in Tunisia and Libya. So it's not the focus on people's attention as it once was."