Accessibility links
Hard Times Inspire Ky. College Students To Action Berea College's 1,600 students come from low-income households, and sophomore Emily Nugent says they "know about the challenges Americans are facing." Inspired by their own diverse backgrounds, they're taking up causes like standing with the newly poor, helping immigrants or embracing their heritage. 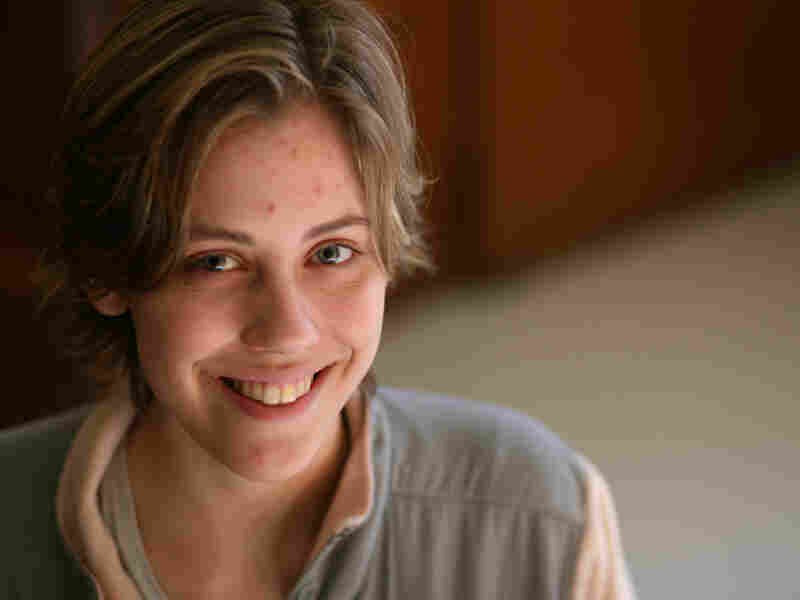 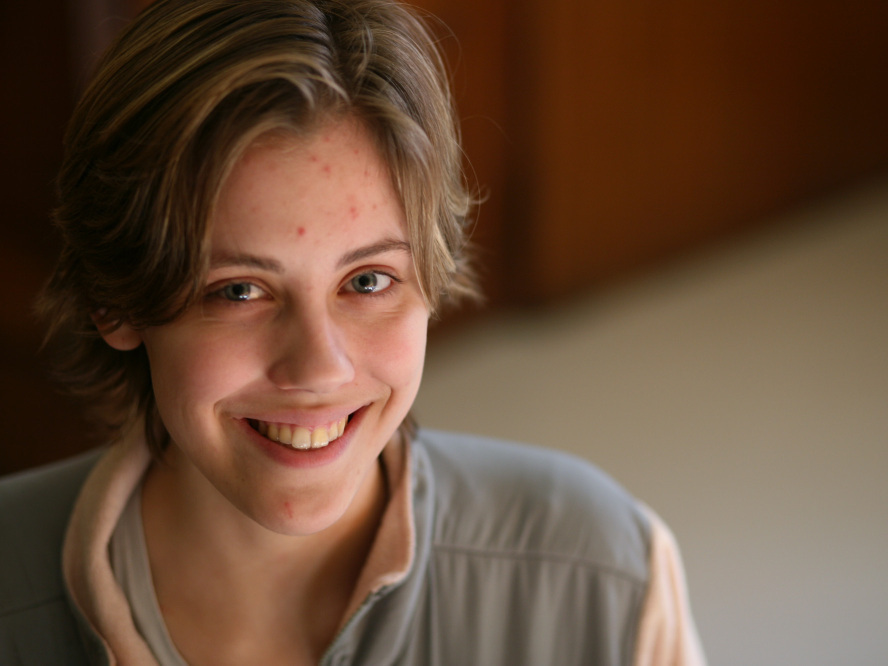 Sophomore Emily Nugent is among Berea College's 1,600 students who receive free tuition. On average, Berea's students come from families with household incomes of about $25,000.

NPR's Hard Times series features stories of economic hardship and also stories of hope. We asked for ideas from listeners, and Emily Nugent of Berea College in Kentucky responded, writing: "With a student body composed entirely of students from low socio-economic backgrounds, Berea students know about the challenges Americans are facing." Noah Adams went in search of Emily and the Berea College story.

This school was started six years before the Civil War. It was to be both integrated and coeducational. And the poor students became part of the mission. The small college town, Berea, is right at the edge of the Bluegrass region. There's a rise of mountains to the east. It's where Appalachia begins.

By 1931, University of Chicago President Robert Hutchins was able to say Berea was in a "different class."

"It does what no other college can do; what it does must be done," he said.

This year, the Washington Monthly ranking of 100 liberal arts colleges has Berea at No. 1.

The school has 1,600 students, most of them from southern Appalachia, but there's someone here from every state. And at Berea, their tuition is free — all four years are paid for through the college's $931 million endowment. It might be the only way these students could go to college. On average, they come from families with household incomes of about $25,000.

Emily Nugent, a sophomore at Berea, is a political science major from Lapeer, Mich. She recalls coming with her mother for her first visit to the campus.

"I finished my tour, and my mom turned to me and said, 'If you choose this school or any school, I want you to be as proud of what you're doing as these students seem to be. I don't care what school you choose, but this is the only one I've seen where people seem to love what they're doing,' " Nugent remembers.

Tony Choi, a senior majoring in Spanish and political science from Bergen County, N.J., came to this country from South Korea. After four years at Berea, he graduates next month. Soon he'll go to San Francisco and walk across America to call attention to the plight of immigrants.

"Especially in these hard times, I feel that people are placing blame on the other people who look a little different from everyone else. I've lived in this country for more than half my life, and I'm still undocumented," Choi says. "I feel that Berea has empowered me to go back to my own community, which is the immigrant community, and try to find ways I can fill my role in."

In October, about 40 Berea students rode a bus to New York City for the Occupy Wall Street rallies. Senior Kurstin Jones, from Cincinnati, was with them.

"I'm a person of color. We have been poor ever since we got here. Unvoluntarily. Ever since the Great Recession of '08, people of color have seen Depression-era unemployment, like double digits in certain parts of the country," Jones says.

The Berea students in New York wanted to stand in support of the newly poor. Some of their families have known poverty for decades — especially deep in the mountain coal fields. 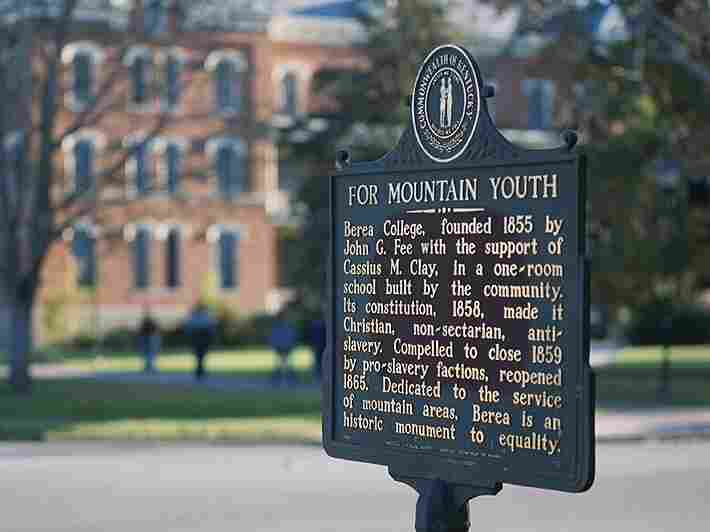 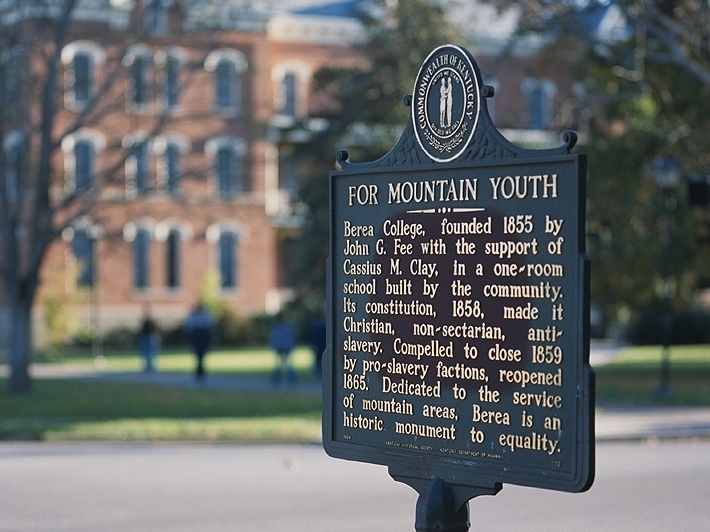 A historical sign on the Berea College campus in Kentucky.

Freshman Charla Hamilton is from Pikeville, Ky. "My dad is disabled. He doesn't work. My mother has a teaching degree but is unable to find a job, and then my parents divorced. I was living with my mother. We had no income coming in at all. Zero," Hamilton says.

Hamilton hopes to go back to eastern Kentucky with a degree in forensic psychology and be a counselor in the prison system.

And Sam Gleaves, a Berea sophomore, knows he is going home to Wytheville, Va., with his guitar and banjo. He's an Appalachian studies major. He wants to teach music at home and to help organize.

"Well, I think people underestimate the power of music to foster community," Gleaves says. "I want the youth coming up through the high school that I went to and living in the community I grew up in to have an expanded idea of what it means to be young and what it means to be Appalachian, in particular gay and lesbian youth and youth of color. I want the youth to feel welcome to embrace their heritage in the fullest way, where they're not only living as who they are, but they're speaking as who they are."