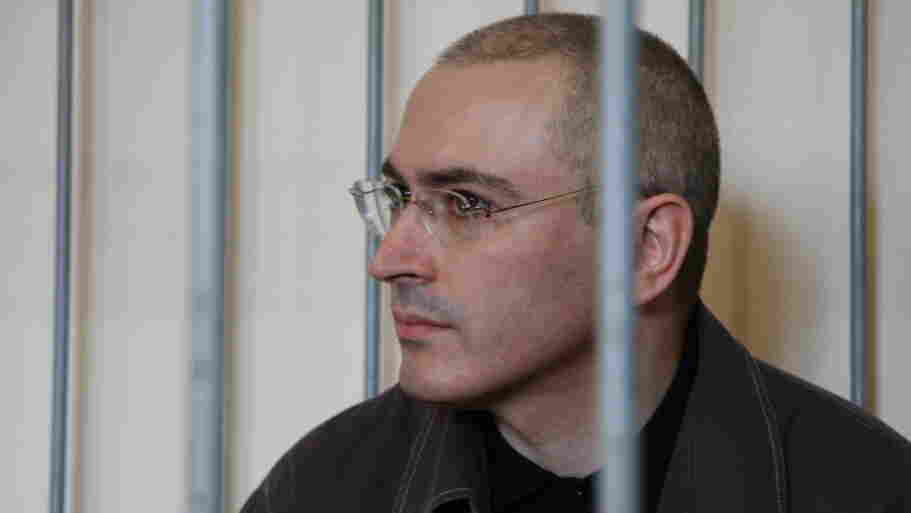 When director Cyril Tuschi heard about the imprisonment of Mikhail Khodorkovsky on charges of tax evasion and stealing his own oil, he briefly considered making a fiction feature about the Russian oil baron — a former ally of Vladimir Putin who ran afoul of the then-president when he accused the government of rampant corruption and threw his support behind the opposition.

Instead, Tuschi has made a docu-thriller of enormous narrative flair and visual smarts. It's a perfect fit for the blend of Greek tragedy, spaghetti Western and judicial farce that defines business and politics in the New Russia.

For obvious reasons, Khodorkovsky himself was minimally available. But Tuschi is a resourceful man with a gift for barging cheerfully into venues where he's not welcome. In Khodorkovsky we see him, camera on shoulder, crash the former oligarch's second trial — many say "show trial" — to snatch an impromptu interview with the prisoner in his glass cage. He initiated a correspondence with Khodorkovsky, whose letters are narrated in voice-over in the film.

Tuschi flew between Moscow, London and Israel to wrangle testimony, at once loving and exasperated, from Khodorkovsky's first wife and his son. He talked to exiled colleagues who fled Russia to avoid the same fate as their absolutist boss.

The director also hung out at the gates of the snowbound, onion-domed Siberian penal colony where the prisoner languishes. Outside, local teenagers vaguely recall the inmate as a man who "stole millions from Russia," suggesting that while Khodorkovsky may be too big to kill, Putin has proved adept at blackening his name and at making him disappear.

The movie, too, has developed a habit of disappearing; a final print was stolen just before its premiere at the Berlin International Film Festival, and Khodorkovsky will open in Moscow in just one theater rather than the previously scheduled six.

Tuschi means to keep his subject vigorously present, though. Imaginatively re-created in old footage and elegant black-and-white animation — one gorgeous sequence has the onetime banker and former head of the massive Yukos oil corporation swimming through a pool of gold coinage — Khodorkovsky emerges as a handsome, articulate man with intense dark eyes and a gift for calm oratory under stress.

Supporters, detractors and jaundiced observers of the Russian contemporary scene chart Khodorkovsky's transformation from stodgy young chemist and loyal member of the Communist Party's youth wing to shady czar of nascent Russian capitalism to fervent democrat and advocate of transparency in business and politics.

Or, as one former business adviser in London suggests, is Khodorkovsky a canny PR guy using his prison sentence to cleanse his resume of extreme privilege in preparation for a populist run for office when and if he gets out of jail?

Quite properly, Khodorkovsky remains an enigma, and not only because in the volatile circus of Russia today one must expect the unexpected. Time was when Khodorkovsky and Putin symbolized the twin poles of post-Soviet Russia — the captain of industry up to his ears in the same muck of corruption as the former KGB apparatchik grimly working his way up to big chief. Now, unhurriedly responding to Tuschi's barrage of questions at his second trial, Khodorkovsky appears as a work in progress, a chastened but vigorous prodigal who is willing to admit he has made big mistakes and is eager to redress them. Which is a lot more than you can say for the conspicuously alpha male whose increasingly authoritarian state put him in prison. (Recommended)