Accessibility links
Bob Costas Is Terribly Disappointed In Sports, Culture, And You Bob Costas had a few words to say about football on Sunday night, but he decided to explain that the world is going down the tubes at the same time.

Bob Costas Is Terribly Disappointed In Sports, Culture, And You

Bob Costas Is Terribly Disappointed In Sports, Culture, And You 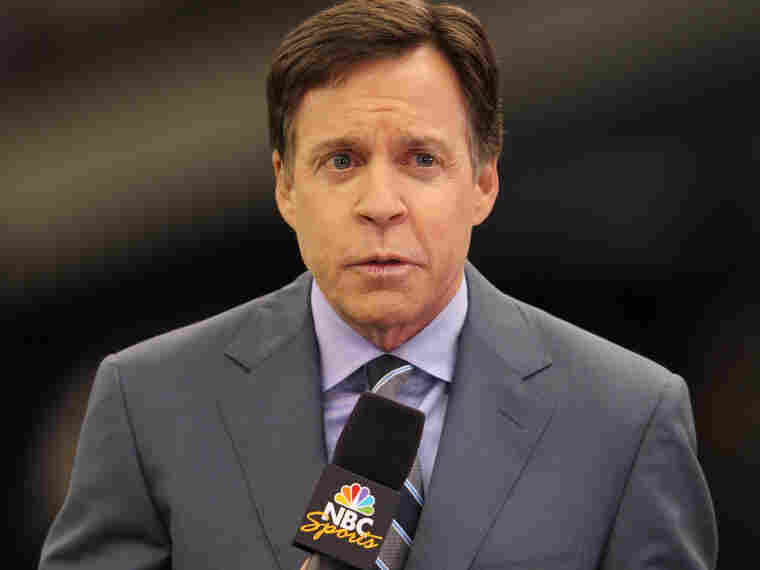 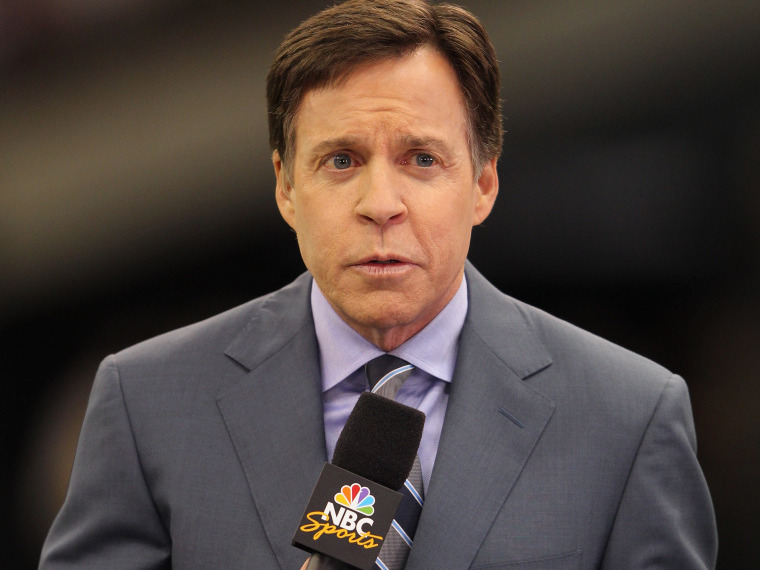 NBC Commentator Bob Costas reports from the sidelines before the New Orleans Saints host the Indianapolis Colts at Mercedes-Benz Superdome on October 23, 2011.

During Sunday night's NBC broadcast of the Steelers-Chiefs game, Bob Costas took a moment to share some thoughts, which started like this: "For those of you too busy keeping up with the Kardashians to notice, we live in a culture that in many ways grows more stupid and graceless by the moment."

In other words, "Hey, morons at home, listen up."

It turned out that the subject of Costas' fury (you can hear the whole thing here) was touchdown celebrations when they are excessive, or when they're stupid, or especially when they cost the team yards because of clearly anticipated unsportsmanlike conduct penalties. Costas was particularly peeved about Stevie Johnson, who plays for the Buffalo Bills and had recently performed an extended, unnecessary, dopey celebration after scoring a touchdown against the New York Jets. As Costas pointed out, Johnson drew a 15-yard penalty that led to a Jets touchdown. Oops.

There's no defending a moment of inattention and foolish self-indulgence that hurts the team. Costas' point that nobody shows off when they screw up and his disgust with guys who willingly hurt the team for glory are both pretty much bulletproof. At the same time, there was something off-putting about Costas' stately insistence that everything more studied than the Lambeau Leap is a sign that we're "stupid and graceless" and that somehow, this all comes back to his suspicion that you're watching the Kardashians on television, as approximately 1 percent of the U.S. population does. (Kardashian's current reality show is pulling roughly three million viewers out of a U.S. population of 300 million.)

But what did Costas say to the 99 percent of the country that doesn't watch the Kardashians? Why are they being hectored and insulted in that snide, sarcastic way about something they don't watch, and why is that a necessary tenderizer before they're ready to be hit with the perfectly obvious point that hotdogging in a way that costs your team a touchdown is dumb?

What Stevie Johnson did, he did because he was acting like an immature, puffed-up ham. He deserved criticism. But sports has always contained braggarts and bad sports, and unless you're prepared to provide some evidence other than "get a load of this guy," opening an essay by swearing to the decline of the popular culture from which you have been lucky enough to be made rich seems like poor form itself.