There's a difference between news that's in the public interest and news that the public is interested in. But that difference has been eradicated when it comes to sex scandals involving presidential candidates.

There was a time when affairs involving candidates for the nation's highest office were not generally considered fit subjects for media scrutiny. In the current media environment, however — and in the wake of dozens of sex scandals involving politicians in recent years — that's no longer the case.

"When you're a presidential candidate, there's nothing in your whole life that isn't up for scrutiny," says Melanie Sloan, executive director of Citizens for Responsibility and Ethics in Washington, a watchdog group. "Any presidential candidate having a 13-year affair is going to get scrutiny."

Sloan is referring to allegations, which surfaced Monday, that Republican presidential candidate Herman Cain had engaged in a long-term affair. The claim followed a series of sexual harassment charges leveled against Cain, who is now "reassessing" his candidacy.

Cain's attorney Lin Wood argued Monday that "private, alleged consensual conduct between adults ... is not a proper subject of inquiry by the media or the public."

That may have been considered true for much of American history, but such a standard is no longer operational.

"We're not in the age of newspapers, we're in the age of television and the Internet," says Elayne Rapping, an American studies professor at the University at Buffalo. "No one's going to get away with it anymore."

A Decline In Discretion

For much of American history, a politician's sexual dalliances might have been widely rumored, but weren't always openly reported. A figure like President John F. Kennedy in the 1960s could count on a considerable degree of discretion on the part of newspaper editors when it came to handling news of his extramarital activities.

In recent years, there have been a number of sex scandals involving elected officials. Why is this?

As recently as 1996, The Washington Post opted not to run a story about a long-ago affair involving Bob Dole, the GOP presidential candidate that year, making mention of the liaison only after the supermarket tabloid the National Enquirer broke the story a few weeks before the election.

"With regard to consensual extramarital affairs, I suppose in the best of all possible worlds that would be considered not relevant [to a candidacy]," Thompson says. "But not only journalists, but a lot of people who vote will find it interesting. They're voting not only on foreign policy and economic policy, but also voting on lifestyle."

It's no longer a question of whether affairs involving politicians "should" be covered, Thompson says. Such coverage is an inevitability at this point.

There are a couple of reasons. One, as Sloan, the CREW director, puts it, is that "sex sells."

"With very prominent people, their affairs, whether you're a movie star or a politician, quickly becomes public interest," she says. "Think of the coverage something as minor as the Anthony Weiner scandal got."

Weiner, a New York Democrat, resigned his House seat in June amid blanket coverage of the news that he had sent out racy pictures of himself via Twitter.

Someone running for the presidency can count on receiving even greater attention. Sex scandals — especially those that impinge on official duties or involve possible law-breaking — have come to be considered a measure of whether a candidate shows good judgment. 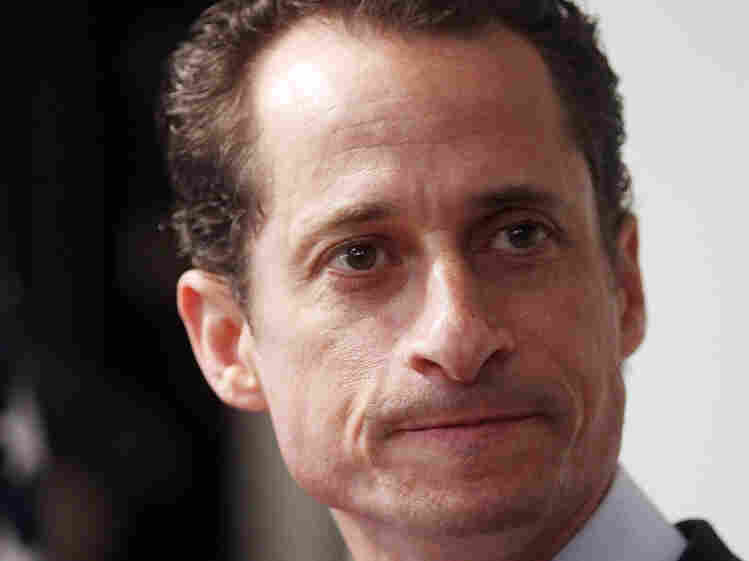 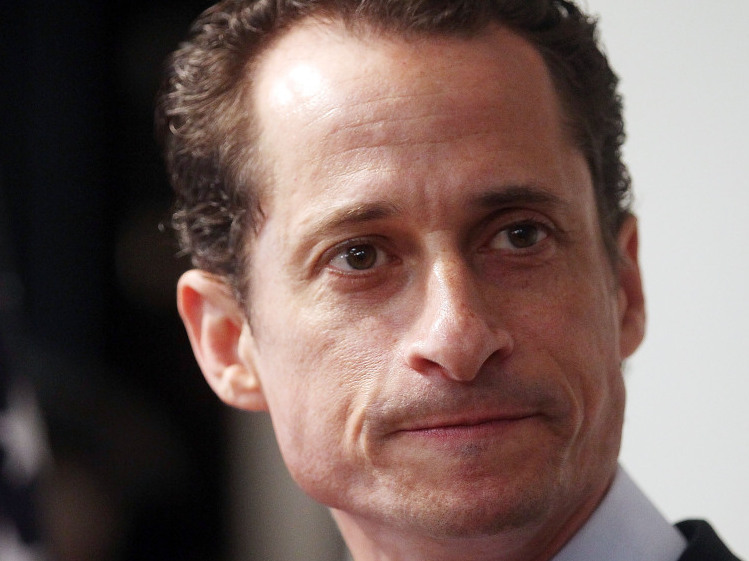 New York Democratic Rep. Anthony Weiner announced his resignation in June, 10 days after he admitted sending lewd photos of himself on Twitter.

"It's an issue that many voters still hold as a measure of a person's integrity," says Tom Fiedler, dean of Boston University's College of Communication. "In general, if you're running for president, it is expected that you operate within the parameters of what is considered good behavior."

Voters will forgive long-ago transgressions, Fiedler says — so long as politicians own up to them honestly.

"If you repent and confess and turn over a new leaf, people will forgive you," says Rapping, the Buffalo professor. "If you just say what [Cain's] lawyer says, that it's nobody's business, no one will forgive you."

After Eliot Spitzer resigned as New York governor in 2008 in the midst of a prostitution scandal, his successor David Paterson and his wife admitted to having engaged in affairs. That quickly became a non-issue for them.

Voters may care about affairs — but they may care about other things more, says Thompson, the Syracuse professor. President Bill Clinton, despite being impeached in 1998, was able to serve out his term and maintain high approval ratings after having been caught in an affair with a White House intern.

"For all the outrage — the deserved outrage that presidents shouldn't do that in the White House — many people continued to support him," Thompson says.

"A lot of people who vote ... they're voting not only on foreign policy and economic policy, but also voting on lifestyle."

Many people have secrets, and if the criterion for high office becomes a completely squeaky-clean private life, says Sloan, the ethics group director, the number of people who could hope to get elected will narrow considerably.

"We're really going to limit ourselves if we're going to insist on some level of purity," she says.

Analysts differ on the question of whether former House Speaker Newt Gingrich will be subject to renewed criticism for his admitted adultery in the wake of Cain's troubles, or whether such behavior is far enough back in the past, and his repentance has been sufficiently public and sincere, to make it a non-issue.

But the fact that two of the leading presidential contenders have been subject to criticism centered on their sex lives makes Thompson wonder whether voters will end up having to make more judgment calls in the future that sometimes will err on the side of forgiving.

"While optimally we would want a good person who has never done anything significantly wrong," he says, "that may be hard to find, not only in the United States but on planet earth."