Accessibility links
Supreme Court To Hear HIV-Positive Pilot's Privacy Case The U.S. Supreme Court hears arguments Wednesday in a case testing whether the federal government is liable for damages when it violates the Privacy Act by disclosing that an individual is HIV-positive. It says it's only liable for economic harm, not emotional. 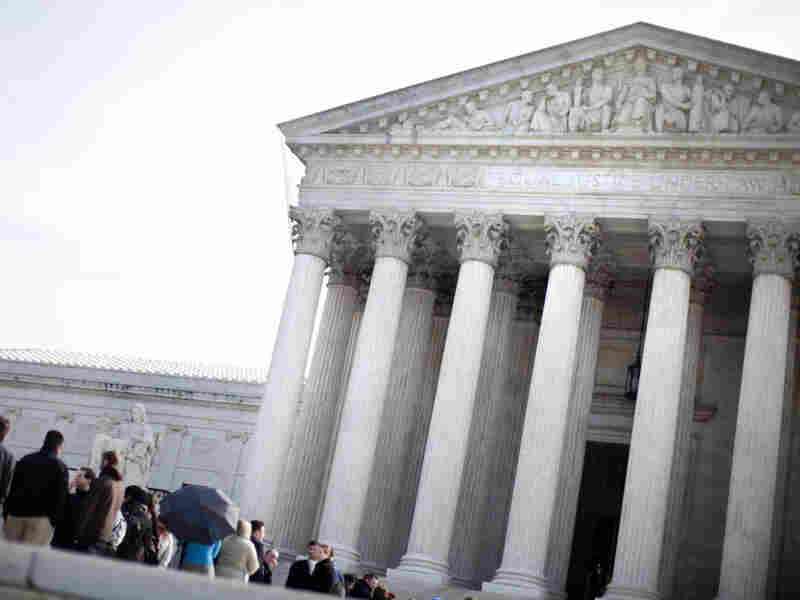 People wait to enter outside the U.S. Supreme Court in March. The court hears arguments Wednesday in a case testing whether the federal government is liable for damages when it violates the Privacy Act by disclosing that an individual is HIV-positive. Brendan Smialowski/AFP/Getty Images hide caption 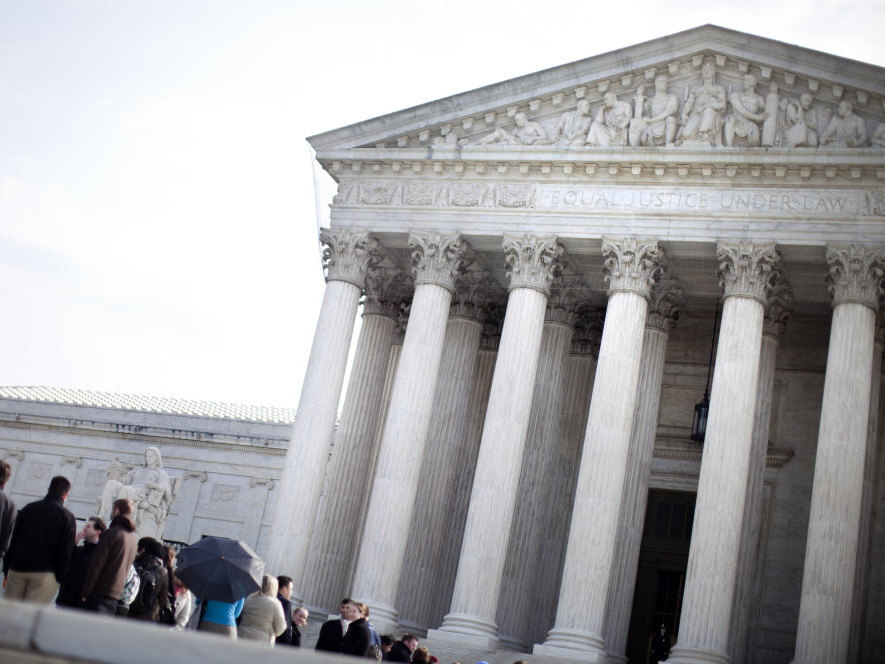 People wait to enter outside the U.S. Supreme Court in March. The court hears arguments Wednesday in a case testing whether the federal government is liable for damages when it violates the Privacy Act by disclosing that an individual is HIV-positive.

The U.S. Supreme Court hears arguments Wednesday in a case testing whether the federal government is liable for damages when it violates the Privacy Act by disclosing that an individual is HIV-positive. The government does not dispute that it broke the law, but it asserts that the Privacy Act authorizes damage suits only for violations that cause economic harm, not for emotional harm.

Stan Cooper, the central figure in the case, admits he was wrong. The retired Visa International vice president was an avid recreational pilot until the 1980s, when he was diagnosed as HIV-positive and let his pilot's medical certificate lapse. But in 1994, he reapplied to the Federal Aviation Administration and failed to disclose his HIV status for fear that he would automatically be disqualified from flying. He renewed his medical certificate four more times without disclosure, even after the FAA began allowing some HIV-positive pilots to fly if they met certain specified criteria. Cooper says he would have qualified, "but I didn't want to admit that I had falsified that first application."

And so he stayed mum about his condition in the subsequent applications.

Such failure to disclose is a felony under federal law. So when Cooper learned in 2005 that the FAA had an amnesty program for people like him, he began the process of applying.

But it was too late. Unbeknownst to him, the FAA and the Social Security Administration had teamed up to find pilots who hid medical conditions. The joint operation, dubbed Operation Safe Pilot, fed in the names of 45,000 pilots in Northern California, cross-referenced them with the names of those who got any Social Security benefits, and came up with some 3,200 violators. Because Cooper had gotten disability benefits for 12 months when he was sick in 1995, his name popped out. He was charged with three felonies and eventually pleaded guilty to one misdemeanor false statement charge. He was sentenced to two years of unsupervised probation and fined $1,000.

Cooper acknowledges that falsifying his medical certificate "was a serious mistake, and I paid dearly for that mistake." The fine may not have been huge, but the legal fees were — he estimates them at $200,000 to date.

Now he wants the federal government to pay for legal violations it committed. Social Security medical records are strictly confidential. Disclosure of the records to another agency, without consent, is clearly illegal. Indeed, the Privacy Act specifically provides that the "United States shall be liable" for "actual damages" sustained by an individual as the result of any violation of the law.

A federal district court agreed that the Social Security Administration had violated the Privacy Act, but it threw out the case because Cooper did not claim economic damages. A federal appeals court, however, reinstated the suit, and the Obama administration appealed to the Supreme Court, where the justices hear arguments Wednesday.

Cooper counters that the FAA and Social Security Administration deliberately and knowingly engaged in a massive violation of privacy involving thousands of individuals, and that the Privacy Act was meant to provide a remedy for those harmed by such a scheme. "They stole my privacy," he says, his voice breaking slightly.

Cooper notes that the government did exactly what it promises in writing not to do — it shared confidential medical information with those not authorized to receive it.

Indeed, though Cooper is still a licensed pilot, having met the current medical criteria, his name and HIV status are still posted on a government website.