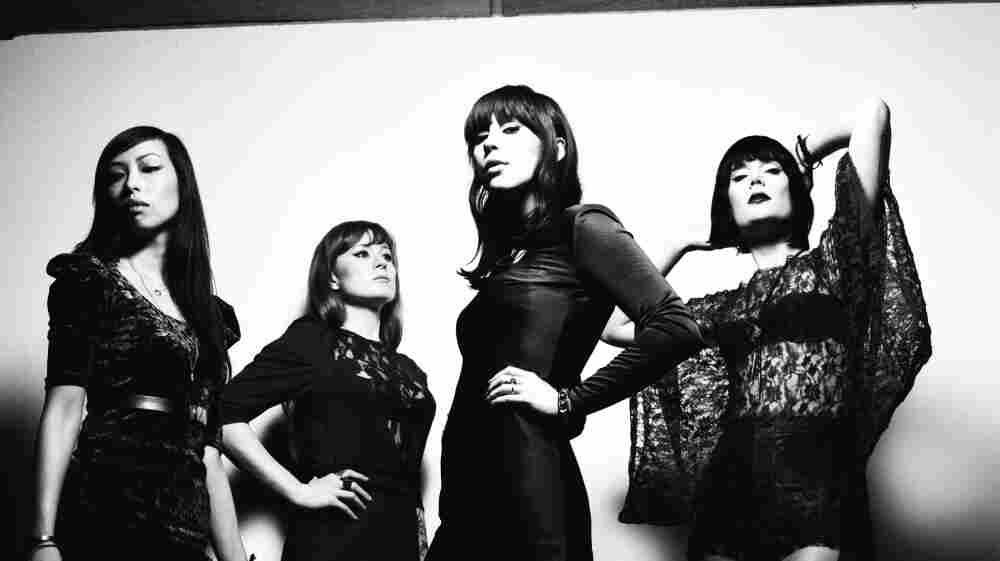 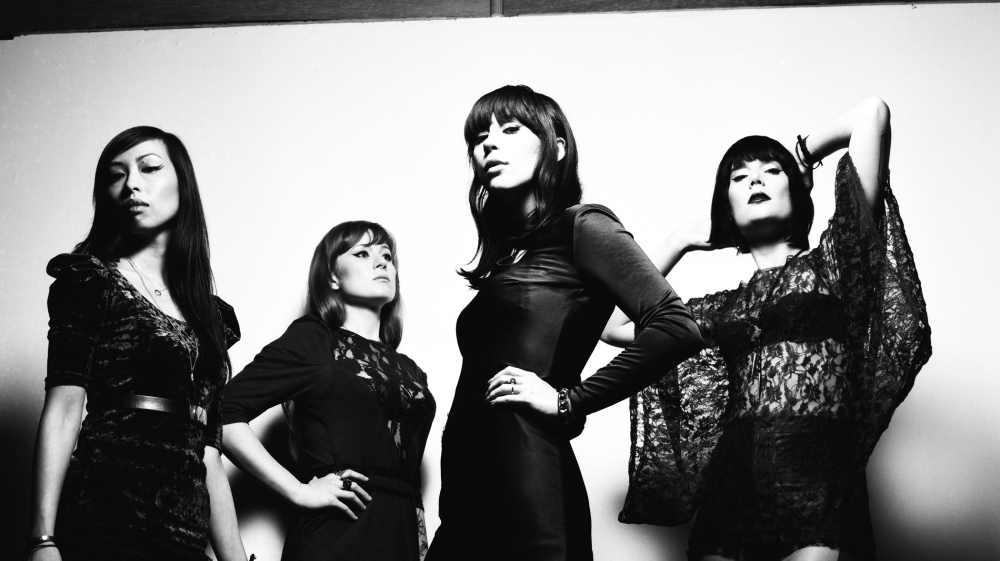 Dum Dum Girls' second release, Only in Dreams, is out now.

In both packaging and sound, Dum Dum Girls is a patchwork of subtle pop-culture references and influences. The group takes its name from Iggy Pop's "Dum Dum Boys," as well as from The Vaselines' album Dum Dum. Dee Dee, the band's founder, vocalist and songwriter, grew up listening to her father's Frank Sinatra albums and her mother's Beach Boys records. The group has benefited from the influence of producer Richard Gottehrer, who has worked with Blondie and The Go-Go's among many others, and who helped develop the group's '60s-style girl-group sound. Once the contemporary influences of bands like The Raveonettes are taken into account, it becomes clear that Dum Dum Girls' sound is a pastiche of some of the most successful lo-fi, rock, noise-pop and girl bands of the past few decades.

On the recent Only in Dreams, Dee Dee wrote about her mother's struggle with an ultimately terminal illness. The album deals profoundly in detachment, as well, as some of the songs — particularly the highly addictive "Bedroom Eyes" — are a product of being on the road, separated from her husband, family and friends. Yet the album deals with these sorrows by articulating them in the language of garage-grunge pop. Hear Dum Dum Girls perform live on today's World Cafe.