Accessibility links
Recent Veterans Find Higher Jobless Rates On Return The unemployment rate for vets who have served since September 2001 is higher than the overall U.S. rate. Though veteran unemployment was the subject of a recently passed bill, one veterans advocate says he worries that as Americans grow weary of hearing about war, Congress will also stop paying attention. 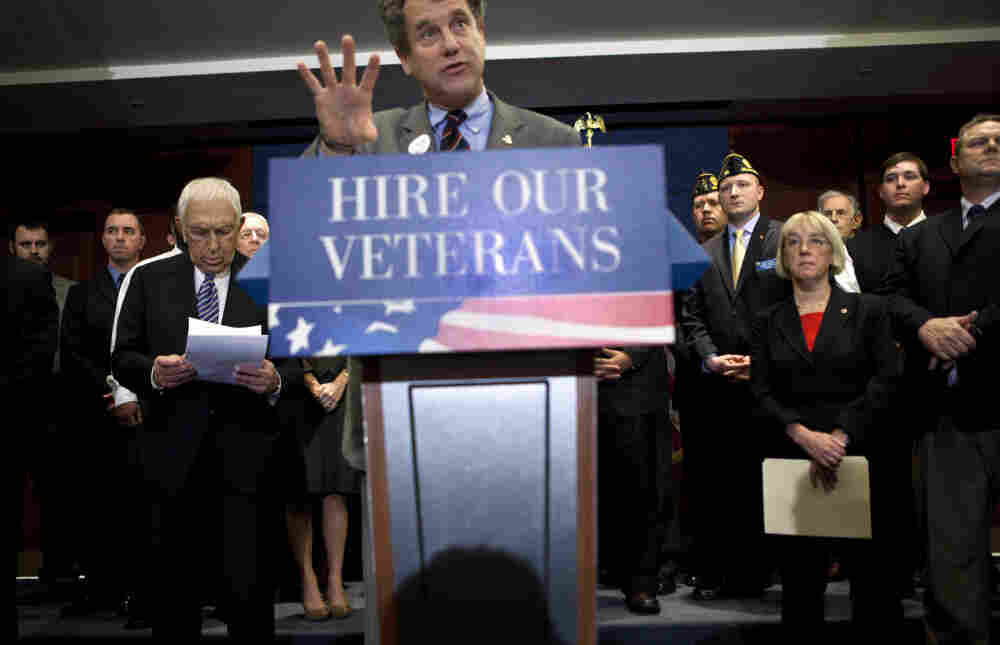 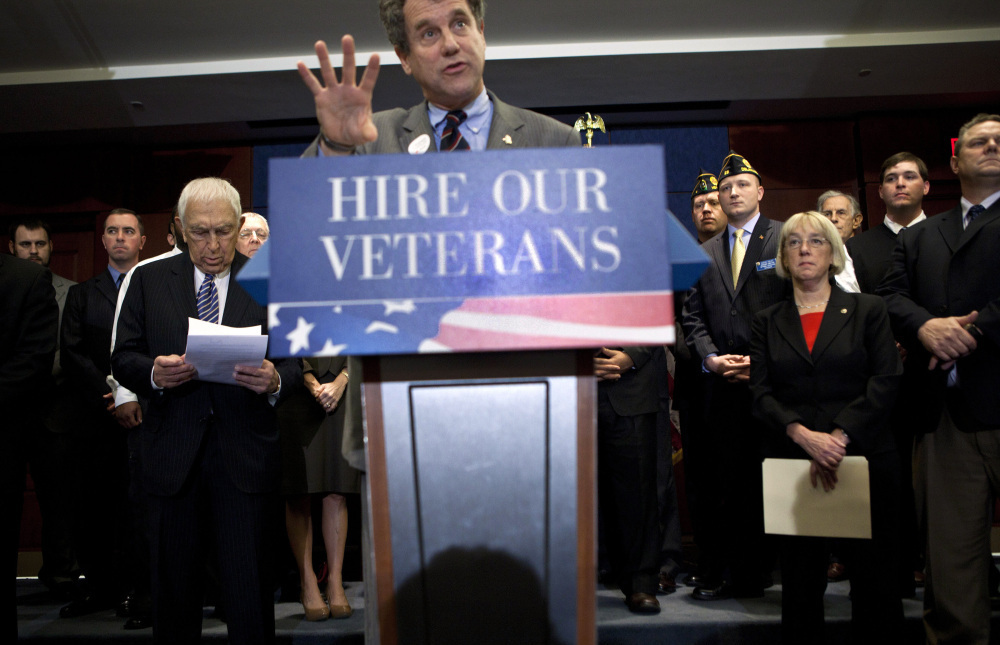 Sen. Sherrod Brown, D-Ohio, speaks on Capitol Hill about the Hire Heroes Act, which gives tax breaks to businesses that hire unemployed veterans. Vets that have served since 2001 face a higher unemployment rate than the population overall.

The jobless rate has declined a bit in the past year, but among veterans who have served in conflict since 2003, it is increasing. The unemployment rate for vets serving since the Iraq war began has risen 1.5 percentage points to more than 12 percent in the past year.

Many veterans say they face a tougher job market than civilians. Tom Tarantino spent a decade in the military, where he served in Iraq and led a platoon. But when he separated from the military in 2007, he spent nearly a year looking for a job. 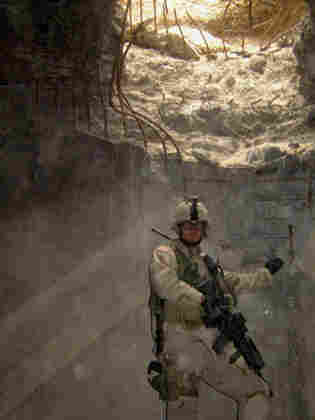 Tom Tarantino stands in a bunker in Iraq. He served in the military for 10 years, and now works as an advocate for veterans at Iraq and Afghanistan Veterans of America. Courtesy Tom Tarantino hide caption 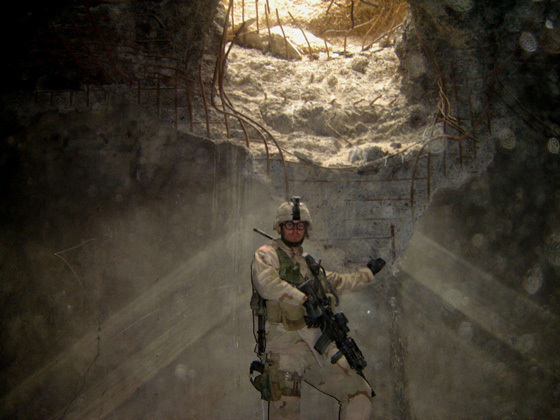 Tom Tarantino stands in a bunker in Iraq. He served in the military for 10 years, and now works as an advocate for veterans at Iraq and Afghanistan Veterans of America.

Tarantino says that although corporate America says it wants to hire vets, so far it's amounted to little more than talk.

"This is the first generation of business leaders in America that has largely never served in the military," he says.

As a result, he says, vets and prospective employers often don't see eye to eye. Tarantino says he once explained to an interviewer that he had been a company commander in the military, running an organization with 400 employees and three multimillion-dollar budgets.

"The next sentence [the interviewer] said was, 'Well, you know, if you took this job you might run a group of up to 30 people. Do you think you could handle that level of responsibility?' "

Tarantino says it's not just the cultural disconnect. Military drivers and medics, for example, aren't automatically licensed to do the same job in the private sector once they leave the military. That makes the job transition harder.

Tarantino is now a legislative advocate for Iraq and Afghanistan Veterans of America. He says he hopes the recently enacted Hire Heroes Act will provide more counseling and vocational training. It also gives tax incentives to employers who hire vets.

But David Loughran, a senior economist at the Rand Corp., says tax credits won't likely make much of a difference. And he says history shows that over the longer term, vets actually have an employment advantage.

Service members who have served since 2001 currently face higher unemployment rates than the population overall. But those who served in the prior decade have a lower jobless rate. Some analysts say that's a sign that veterans have an employment advantage in the long run.

Service members for both time periods include those who were on active duty anywhere in the world.

The jobless rate in October for vets of the first Gulf War was 5.9 percent. For earlier conflicts, it was 7.2 percent — in both cases, lower than the 9 percent rate for the population overall.

But the hope of eventual improvement provides little comfort to 31-year-old Nick Workman, who served four years in Iraq as an infantryman. The military experience was incredibly challenging training, he says.

"You're able to plan, you're able to supervise the execution of that plan, you know how to work well within a team — not only within the team, but in charge of the team," Workman says.

He thought attaining the rank of captain would be like getting an advanced degree.

"This is what the Army was telling me," he says. "The pitch was: That is essentially equivalent to a master's degree, in the eyes of an employer."

But since returning in 2006, Workman hasn't found any job requiring a college degree. Last month, he was laid off from a bookstore. Workman says employers seem worried that vets might be struggling with PTSD or other injuries that might affect their work.

"I get that sort of trepidation, that timid [attitude], walking on eggshells around certain questions," he says.

Veteran's advocate Tarantino says the public, and vets, may be weary of hearing about war.

And that apathy, he says, may prove to be a vet's worst enemy yet.

A Business Incubator Gives Funding And Jobs To Vets Oct. 25, 2011