Accessibility links
In South Korea, Old Law Leads To New Crackdown A South Korean man meant for his Twitter profile picture, with its backdrop of a North Korean flag, to be a visual parody of North Korean news programs. Now, Park Jong-kun may be charged with violating a security law from 1948. Critics say it's being used to stifle free speech on North Korea. 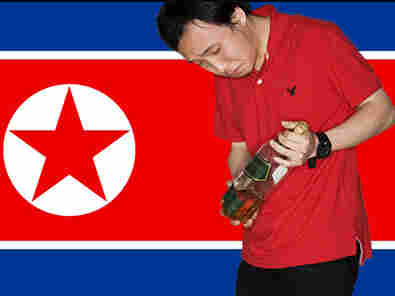 Park Jong-kun's Twitter profile picture shows him inspecting a bottle of Johnnie Walker whisky against a backdrop of the North Korean flag.

The 24-year-old South Korean photographer thought it would be funny, a visual parody of North Korea's news programs. But it turns out this profile picture could violate South Korea's strict six-decade-old National Security Law, which punishes those who "praise, disseminate or cooperate with anti-state groups" if such acts endanger democracy and national security.

The law was originally enforced in 1948 to protect the country from its wartime enemy, North Korea. But the Korean War has never formally ended, so the legislation remains on the books. And in today's Internet age, a government crackdown is leading to fears of a new wave of South Korean-style McCarthyism.

Freedom Of Expression At Issue

"I retweeted tweets from a North Korean Twitter account. My intention was to lampoon North Korea's leaders for a joke," he says. "But it looked like I was praising North Korean propaganda, so that caused big trouble. The police then raided my photography studio."

During the 10-hour search, police found a book issued by a North Korean publishing house. Owning this without having prior clearance could also violate the National Security Law.

The police interrogated Park on five occasions — for five hours at a time — about his political beliefs. The friend who lent him the North Korean book was also investigated. 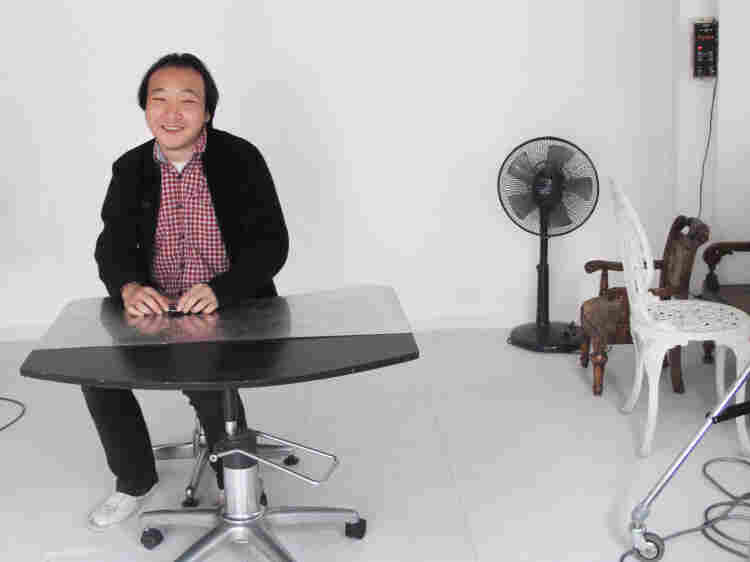 Park, a photographer, is shown in his studio, which was the subject of a 10-hour search on suspicion of violating the National Security Law. Louisa Lim/NPR hide caption 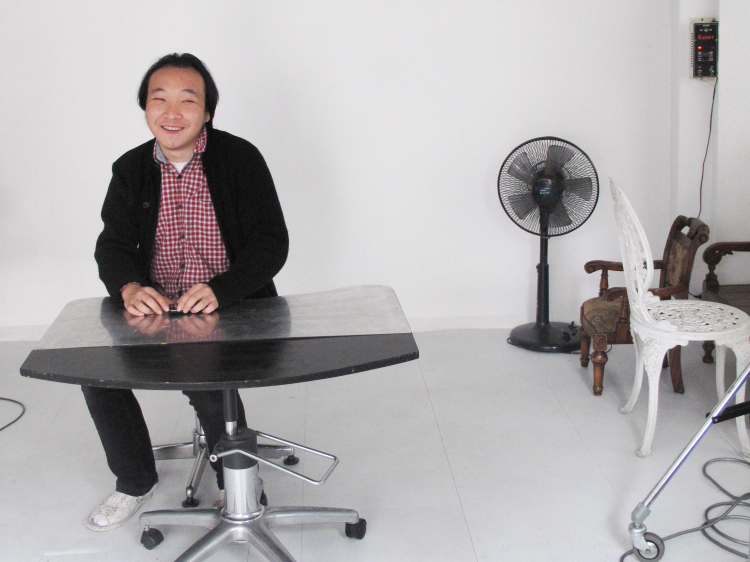 Park, a photographer, is shown in his studio, which was the subject of a 10-hour search on suspicion of violating the National Security Law.

Park says the whole process has left him physically and mentally exhausted, and he is seeking treatment for stress. He is still waiting to hear whether he'll be prosecuted. Today he thinks the National Security Law is, in a word, evil.

"Even though I disagree with North Korean communism, I'm interested in North Korean culture," says Park. "I have a right to know about it, to express my freedom."

The North Korean government set up its own Twitter and YouTube accounts last year. In December, the South Korean Justice Ministry announced that those who forward Twitter postings from North Korea or even comment on these using "retweet" or "reply" functions could face punishment.

At the time, a Justice Ministry official was quoted as saying the measure was taken in response to North Korea's attacks on the South Korean navy ship Cheonan in March 2010 and on Yeonpyeong island in November 2010.

Last year, South Korea's top court found that even owning propaganda music whose titles praise the North Korean leadership is in violation of the law. It upheld a two-year jail term, suspended for four years, given to a woman simply for owning 14 North Korean songs on a USB stick.

Unauthorized trips to the North are also forbidden. Last year, Han Sang-ryol, a South Korean pastor, was arrested shouting pro-unification slogans as he crossed over the DMZ, after spending two unauthorized months in the North.

"My husband knew he would go to jail," she says. "So we weren't surprised."

But she says there are problems with the law.

"The problem of the National Security Law is that it's too broad and too flexible and totally depends on your interpretation," she says.

Recently, the number of National Security Law cases under investigation has soared. From 2005 through 2009, the prosecutor's office investigated an average of 58 cases a year.

In 2010, that figure jumped to 97. And this year it will be higher still, according to Yoon Ji-Hye from the Korean Alliance of Progressive Movements, which advises those who fall foul of these laws. She believes there have already been 150 cases investigated in the year to August. According to Yoon, the implementation of the law changed drastically after the conservative government of President Lee Myung-bak came to power in 2008.

Despite being among the world's most wired countries, South Korea is increasing its censorship of the Internet. In 2008, the police filed 1,793 requests to block pro-North Korea websites. Last year, that figure was 80,449, according to the National Police Agency, as reported in the South Korean media.

"I think North Korea is clearly learning the ropes here in terms of their ability to use the Internet," says Hahm Chai-bong, the director of the Asan Institute for Policy Studies in Seoul. "On the other hand, clearly the conservative government has been given the mandate to be more conservative, especially on issues pertaining to North Korea. That's why it was elected in a landslide three years ago."

In a recent interview with NPR, South Korean President Lee Myung-bak defended the government's use of the National Security Law, saying it was still necessary.

We have been facing for the last 60-plus years one of the world's most well-armed and most belligerent countries [North Korea]. And if you consider that fact, and if you are someone living in such a country every day, then you will understand the need to have such laws that will allow us to maintain our way of life.

"For any country that is divided like Korea, I'm sure that those people in such countries will understand the necessity of having such a law," he said. "You have to always remember the very special and unique circumstances in which Korea is in today. We have been facing for the last 60-plus years one of the world's most well-armed and most belligerent countries. And if you consider that fact, and if you are someone living in such a country every day, then you will understand the need to have such laws that will allow us to maintain our way of life."

"Of course, in the future, when our relationship between the two Koreas begins to improve fundamentally, then accordingly we will look into these laws and determine whether they are still needed or not," he added.

But Lee did acknowledge the differences of opinion, saying with a chuckle, "I recall when I was in college, I would be the one who would call for the abolishment of such laws."

Recently, a vocal critic of the law, Park Won-soon, was elected mayor of Seoul, raising the possibility of renewed debate on the controversial law.

But for years, South Korea has made national security a priority despite criticism from human-rights groups who say freedoms are being compromised. Recently, the United Nations rapporteur on the right to freedom of opinion and expression, Frank La Rue, called for a revision to one "vague" article within the law. Even South Korea's close ally, the U.S., has called for the law to be amended to prevent abuse. The concern is that in the very act of protecting itself from its northern neighbor, South Korea could be risking its freedoms.