Accessibility links
GOP Leaders, Lawmakers Differ On Payroll Tax Cut President Obama has called on Congress to extend a payroll tax cut, but the first bills aiming to do just that have failed in the Senate. Republican leaders want their party to join Democrats and renew the tax holiday. But some in the GOP are reluctant to get onboard. 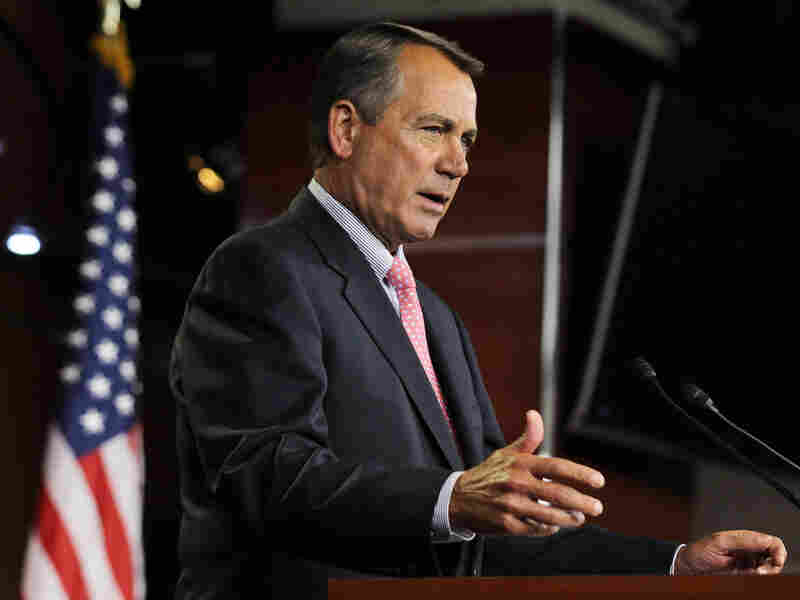 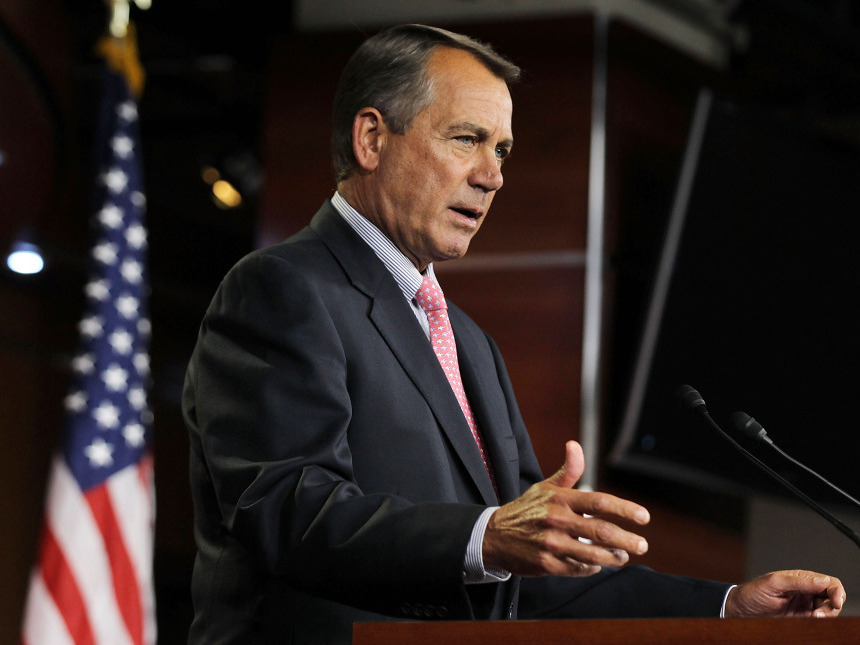 Two different bills calling for an extension of a payroll tax holiday failed to pass the Senate late Thursday, but work on a compromise is continuing on Capitol Hill.

President Obama and Democratic lawmakers put forth concerted efforts to extend the measure, which is set to expire next month. Economists say failure to renew the tax cut, which allows the average American family to keep $900 a year of earnings, would hurt job growth.

Democrats want to pay for the tax holiday with a new tax on income over $1 million — a no-go for Republicans. So the outcome of Thursday's vote on the Democratic measure did not come as a surprise, since a filibuster-proof majority for the bill can only come with the support of at least some Republicans.

More surprising was the outcome of the Republican-sponsored bill.

Senate Minority Leader Mitch McConnell described the bill on the Senate floor: "Our payroll tax plan would institute a three-year pay freeze on federal civilian employees, including members of Congress. It would also reduce the federal workforce gradually, by 10 percent."

McConnell had said Republicans would set aside their misgivings and support the payroll tax extension. But a majority of Republican senators didn't support the measure put forth by their own party.

It seems that while McConnell and other Republican leaders are onboard with extending the payroll tax cut, rank-and-file Republicans in both chambers aren't so certain that the measure would make a difference.

"There was a lot of pushback on payroll tax holiday," Rep. Jeff Flake, R-Ariz., said as he walked out of a morning meeting of the House Republican conference Friday.

He says Republican leaders gave lawmakers a clear message at the meeting: "We've got to do something and if you think we can get by without doing it, you're crazy."

Republicans generally aren't opposed to tax cuts, but many of them say they're uncomfortable with a payroll tax holiday because it deals with taxes directly tied to Social Security.

Others, like Rep. Scott Garrett, R-N.J., question its value as an economic stimulus.

"There are better ways to grow the economy, create jobs and have more money in their pocket than some of the ideas that Democrats and the president have suggested so far," said Garrett.

Garrett's views, however, draw a stark contrast to those of House Speaker John Boehner.

"I don't think there's any question that they payroll tax relief in fact helps the economy," Boehner said Thursday. "You're allowing more Americans, frankly, every working American, to keep more of their money in their pocket. Frankly, that's a good thing."

But when asked if he expected House Republicans to put forth the same sort of resistance that surfaced in the Senate Thursday night, Boehner said only, "Ah, I would hope not."

Some conservatives think Republicans are getting outmaneuvered by Democrats on the payroll tax. Indeed, some Democrats appear to be watching Republican discord with glee, because they feel like the tax holiday is a winning issue.

"What is it that the middle class did to the Republicans that they are taking it out on them so harshly?" asks House Minority Leader Nancy Pelosi.

"The Democrats put the heat on passing the payroll tax cut," Pelosi says. "And that disarray may be a result of them feeling the heat. The American people know that this is about fairness."

The payroll tax cut is bringing about a role reversal in the Capitol, where Republicans tend to call out Democrats for trying to raise taxes. Now, it's the Democrats who can say that if the tax holiday isn't extended, the typical family will lose some $900 of take-home pay a year.

And while the political fighting continues in public, behind the scenes, there's word a bipartisan compromise is in the works.