Accessibility links
Why Recall Elections Are So Difficult To Pull Off This year set a record for recall elections, as 11 lawmakers were forced to defend their seats — and four of them lost. Now Wisconsin Gov. Scott Walker faces an effort to oust him from office. Despite the anti-Walker fervor, though, recall elections usually face long odds.

Why Recall Elections Are So Difficult To Pull Off

Why Recall Elections Are So Difficult To Pull Off 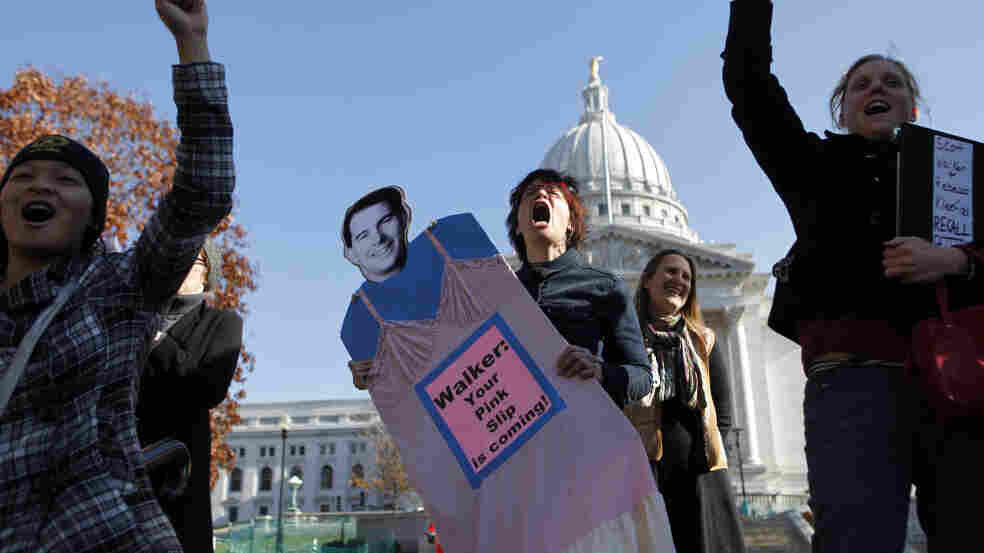 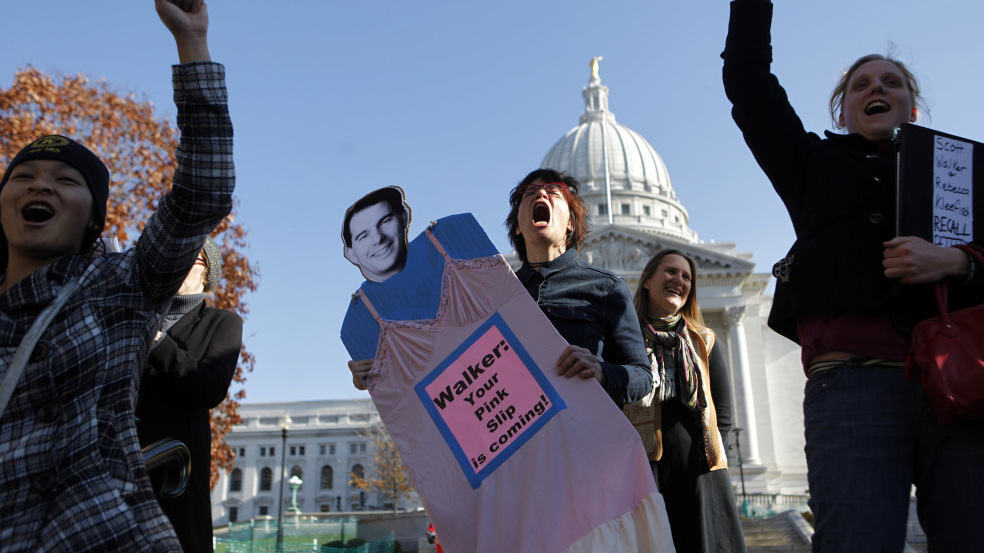 Linda Hedenblad holds a likeness of Wisconsin Gov. Scott Walker at recall rally at the State Capitol in Madison on Nov. 15.

When the word "recall" makes headlines, it usually involves the removal of a defective product from store shelves or perhaps the testimony of some nervous executive at a congressional hearing saying, "I don't recall."

But 2011 has been the year of another kind of recall: the recall election. Angry at elected officials' handling of the economy, budget cuts and other issues, voters across America are taking the "Throw the bums out" approach to new heights.

Their favorite targets so far have been state lawmakers. This year set a record for recall elections, as 11 lawmakers from various states were forced to defend their seats — four of them lost. Previously, only 21 state legislators in U.S. history had ever faced recalls, with 13 of the attempts successful.

Recall attempts are far more commonplace in local jurisdictions, but they're difficult to pull off at any level of government. States set prohibitively high standards for removing lawfully elected officials on the grounds of political disagreement, which is the most popular reason for recalls. Most efforts fail for lack of organization and funding, factors that often cause petitioners to fall short of collecting the number of voter signatures required to force a recall election.

For instance, insufficient signatures caused the failure of the three recalls launched against California Gov. Ronald Reagan between 1967 and 1972. The man who held the office before and after him, Gov. Jerry Brown, had eight recall petitions against him fail for the same reason. (Brown once again is governor, having won election in 2010.)

But, according to those who study recall efforts, the recent successes indicate that elected officials shouldn't get too comfortable.

"We've seen towns adopting amendments to install recall elections. We know it's happening on the state level, definitely. So the recall has really grown," says Joshua Spivak, a senior research associate at Hugh L. Carey Institute for Government Reform at Wagner College who launched The Recall Elections blog in March.

"Part of that reason is voter anger, of course. But it's more than that. Technology has helped change it and make it more likely to occur," Spivak says. "It's easier to collect signatures and target likely voters because there's now an industry that collects signatures for [voter] initiatives. And you use the Internet and the news media to get the word out — get people into your issue — and for fundraising."

One notable recall this year was that of Arizona state Sen. Russell Pearce, a Republican who succumbed to a withering backlash for authoring his state's controversial immigration enforcement law.

In Wisconsin, upheaval over a new law weakening public employees' collective bargaining rights led to recall elections for an unprecedented nine state senators, though only three of them lost seats. (Four of the seven Republican senators who voted for the law retained their seats, and the two Democratic incumbents also survived the challenges.)

The biggest jurisdiction to conduct a recall was Florida's Miami-Dade County, where voters booted Mayor Carlos Alvarez, the rare Republican to raise taxes (on properties) and approve pay raises for his staff during the recession, which hit Florida disproportionately hard.

In 2012, Wisconsin again will be ground zero for voter retribution with an effort under way to toss out Republican Gov. Scott Walker. The arch conservative was the architect of the anti-labor law and instituted controversial spending cuts. He has become a national lightning rod after only a year in office. 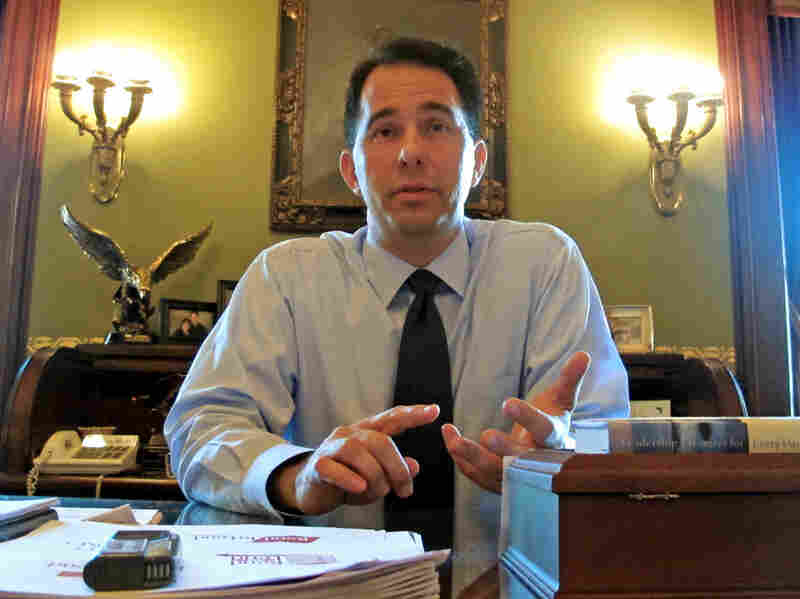 In August, Wisconsin Gov. Scott Walker discussed the results of recall elections for state lawmakers. Will he be next to face a recall election? Scott Bauer/AP hide caption 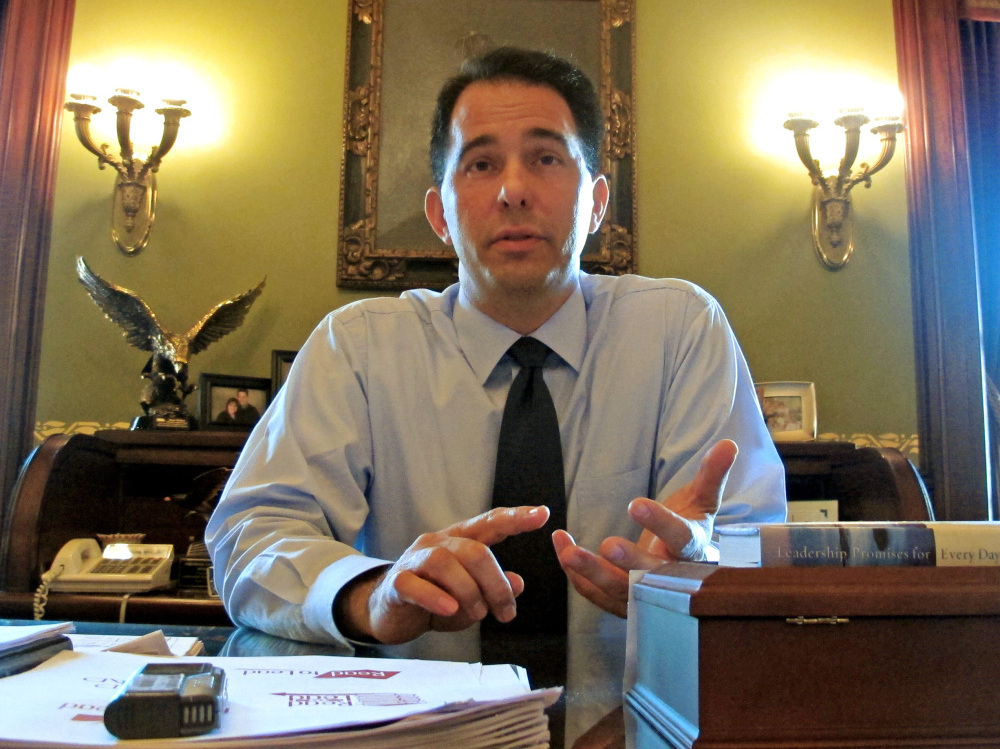 If the recall campaign against him leads to an election, it's expected to be one of the most expensive of the year. It'll also be one of the most closely watched as a possible gauge of voter attitudes in a battleground state ahead of the November elections. Democratic groups and organized labor are pushing the recalls of Walker and his lieutenant governor, Rebecca Kleefisch, as a step toward reversing the Republican wave from the 2010 elections in Wisconsin and elsewhere.

So far, Walker's opponents appear on pace to clear the tallest hurdle — collecting the 540,028 signatures required to trigger a recall vote.

The group behind the effort, United Wisconsin, which is made up of Democratic and labor activists, say that in less than two weeks they already have collected more than 300,000 signatures. The group has 60 days to collect signatures and aims to amass about 700,000.

"Walker's days may be numbered because if they get the signatures, the odds are very, very good that he's going to be recalled," says David Schecter, a political scientist at California State University at Fresno. "The signature-gathering process really is the voting process. Once that momentum is built, it's virtually impossible for it to be reversed."

Only two U.S. governors have ever been recalled: Lynn Frazier, of North Dakota, in 1921, and Gray Davis, of California, in 2003. Schecter, who has studied both, says Walker's situation is similar to Davis' before he was voted out.

California has a penchant for bouts of voters' remorse: voters there have attempted 32 governor recalls since 1911, but only one — Gray Davis — even reached the ballot. A brief look at other recalls:

1988: Evan Mecham of Arizona, who was impeached and left office before a recall election could occur

Like Davis, he says, Walker has been criticized for not doing enough to stimulate his state's economy. (Wisconsin lost 9,700 jobs in October, more than any other state. And its 7.7 percent unemployment rate remained largely flat last month after having inched up from a two-year low of 7.3 percent in April.)

"There are lots of governors with approval ratings in the 30s and 40s who aren't recalled. Just being unpopular isn't sufficient," says political science professor Barry C. Burden at the University of Wisconsin at Madison, who believes petitioners will meet the signature requirement. "You've got to convince the public that this person, who has not even had a year to govern, is doing so poorly — or that he has deviated from his original course."

The petitioners say Walker should be recalled because he deceived voters by not discussing his plan to change collective bargaining during his campaign for governor. They say such moves, including reductions in spending on schools and Medicaid, were unnecessary and detrimental for residents.

Walker argues that his decisions were necessary to close a $3.6 billion budget shortfall.

It might seem like recall efforts could be fueled by opponents' passion alone. But Schecter says most need something more: money to pay workers for collecting signatures. He expects the Walker effort to lose momentum if it doesn't find what he calls a "signature angel," one or more donors who provide a cash infusion, often at the going rate of $1 per collected signature.

In 2003, the Davis recall was all but dead before Southern California businessman Darrell Issa (now a Republican congressman) contributed nearly $2 million of his own money to keep the petition drive going. Issa is widely credited with rescuing the effort.

Unite Wisconsin has begun to raise money, but no angel has emerged.

A previous version of this story referred to notable failed governor recalls in history and cited Gov. Jerry Brown of California as having recalls attempted against him in 1960 and 1965. That was actually Gov. Edmund Brown. Recall elections of Gov. Jerry Brown were attempted in 1977, 1979 and 1980.