Accessibility links
First Listen: Anthony Hamilton, 'Back To Love' The soulful singer's sixth record is his catchiest, and becomes more addictive with every play. 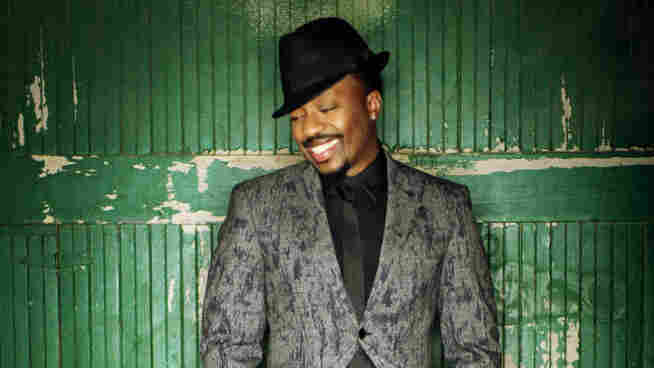 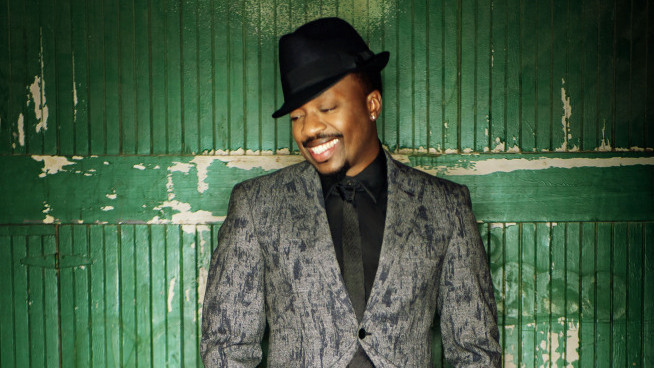 Anthony Hamilton's new album, Back to Love, comes out Dec. 13.

A few months ago, I was lucky enough to see Anthony Hamilton perform before a few thousand fervent fans at an outdoor concert in the Deep South. The 40-year-old singer and songwriter was opening for his recent duet partner, Jill Scott. But for the hour in which he led his funky band through a set that was as funky as beautiful gets, this was his revival meeting.

As Hamilton went deep in the pocket with his band, sexy slow jams segued into gospel testifying. The singer shouted the crowd to its feet and then took us down to a simmer with the deep amber falsetto he's known to break out. He cracked jokes, prayed and humped the floor. As my husband remarked, the performance made the whole idea of retro-soul irrelevant. Hamilton's songs about surviving hard times and keeping the flame of steady love were soul, that's all — as connected to present realities as music gets.

Hamilton has made a steady career in R&B by mindfully responding to the genre's legacy. His baritone, one of the few on the charts today that has real grit, touches on the magnificence of Teddy Pendergrass and the tenderness of Donny Hathaway. A North Carolina native, Hamilton also sometimes reminds me of my favorite Southern gentleman: Bobby "Blue" Bland.

His ownership of soul's legacy is one thing, but Hamilton also has serious hip-hop bona fides. In the 1990s, he toured with D'Angelo's legendary Soultronics, and he's sung on tracks by the likes of Tupac and Eve. Working with great rhymers has helped the singer shape an exquisite sense of timing. Even when he's clearly looking back to Stax or early-'70s funk, Hamilton stays free of the straitjacket of nostalgia by connecting with hip-hop's incessant inventiveness.

Back to Love is Hamilton's sixth album, and also his most consistently hooky and inviting. On previous efforts, he's developed strong grooves and showcased his killer pipes, but only sometimes hit on great hooks. Here, working with an array of producers who understand that "classic" and "contemporary" aren't contradictory terms, Hamilton has created a set that becomes more addictive with every play.

Variety is the spice of Back to Love — out Dec. 13 — as Hamilton applies his commanding vocals to rock-tinged funk, cool quiet storm and bare-bones balladry. The legendary Kenneth "Babyface" Edmonds produced three cuts, including the bumping "Woo" and the hymnlike "Pray for Me," and his coolly open-minded approach infuses the whole album. That's Hamilton's approach, too, and he never gets lost working with a wide range of collaborators.

Salaam Remi takes Hamilton into the Curtis Mayfield zone for the creamy title track. "Sucka for You," co-authored by Hamilton and longtime collaborator Kelvin Wooten, is a climb-on-the-chairs stomper. A Keri Hilson vocal and a squeaky synth beat make "Never Let Go" totally now, while listeners craving Southern funk ought to be satisfied by the bluesy "Life Has a Way."

"Life humbles you down," Hamilton moans in that song, a mournful acknowledgment of how hard the journey can be. He's always been the paragon of modesty, a great talent without much interest in bragging or high rolling. More than ever before, this music makes the case for his importance. Let him lift you up.