Accessibility links
Chaplains Wanted For Atheists In Foxholes Military chaplains, most of whom are Protestant Christians, are assigned many secular advising duties, including marriage, family and suicide counseling. But as many as 40,000 U.S. military service members identify as atheists, agnostics or humanists, and a retired Army captain is leading the charge to instate military chaplains who share their beliefs. 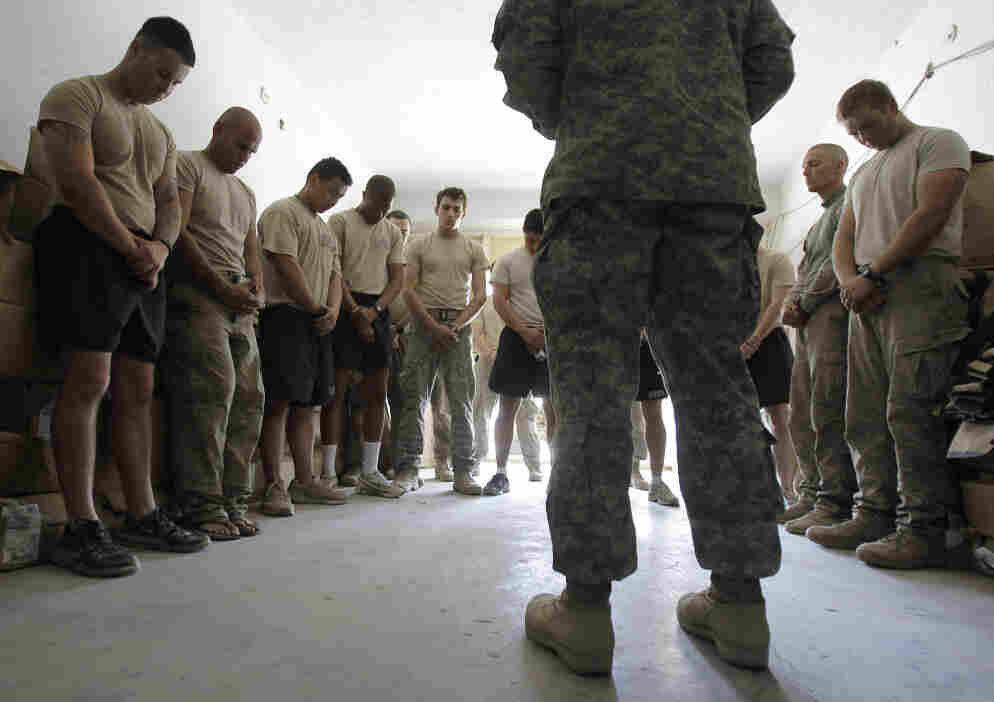 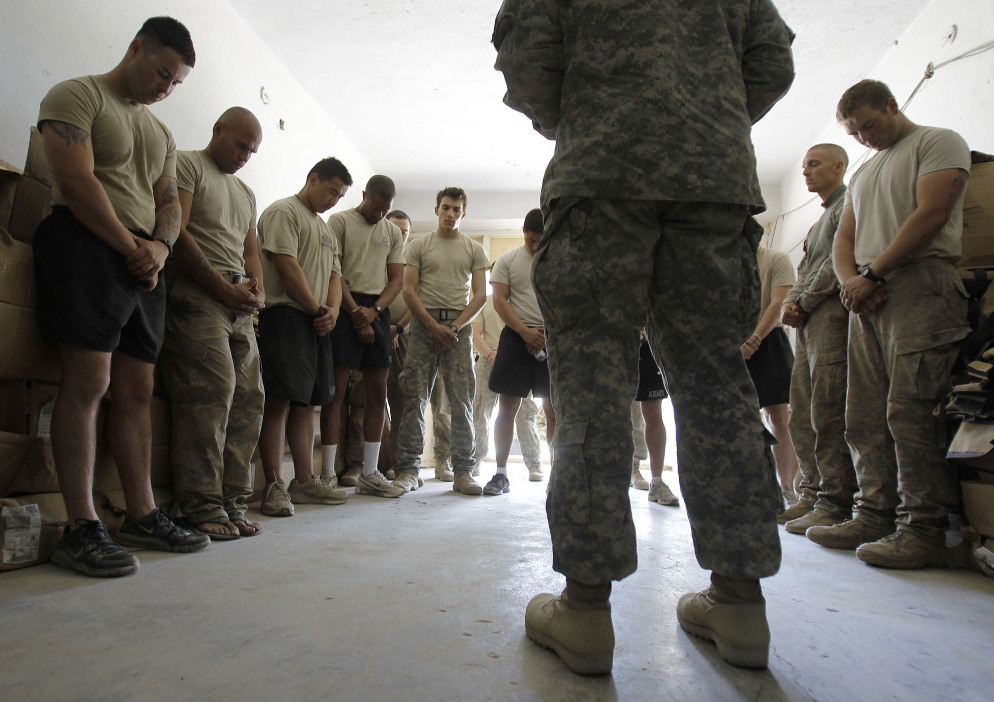 Retired Army captain and Iraqi war veteran Jason Torpy says the chaplains employed by the U.S. military can't relate to people like him. He's an atheist.

He's also the president of a group that's trying to get the armed forces to become more inclusive by hiring atheist chaplains. The Military Association of Atheists and Freethinkers wants the military to provide for the estimated 40,000 atheists, agnostics and humanists who serve in U.S. forces.

Military chaplains, most of whom are Protestant Christians, are assigned many secular advising duties, including marriage, family and suicide counseling, Torpy tells weekends on All Things Considered guest host Rachel Martin. They touch so many parts of service members' lives, he says, they can help improve what he sees as an environment of exclusion.

"That lack of connection to atheist and humanist communities, the lack of recognition or support for atheists and humanists — that implication can be solved primarily through the chaplains' corps," he says.

Torpy says he has felt excluded in the military because of his beliefs. Once, before his unit deployed on a mission, the commander gathered everyone together for a Christian prayer.

"So I had to opt myself out of that situation, to out myself because this commander took it upon himself to have a personal religious activity in the midst of a military mission," he says.

While some might wonder what role atheists could fill in the chaplaincy, Torpy says they would be able to do the same job as any other chaplain who assists someone with different beliefs.

"There are individuals that, they don't have those traditional religious perspectives, and some of those individuals want to serve as officers in the military," he says. "That's how they want to serve the nation, to do chaplain work, and they can do that in a way that Christians can't do it."

So far, he says, he's gotten a tepid response from the Chaplain Corps generals. They haven't shown any interest in seriously pursuing his proposal, but they haven't made a flat-out refusal.

"If they do that," he says, "they're saying that we are going to exclude and take no time to understand a certain subset of the population."