Accessibility links
Name That Tune: Identifying Whale Songs For Science Researchers need your help to unlock the secrets of whale songs. A new online experiment is recruiting citizen scientists to study killer and pilot whale calls from around the world. 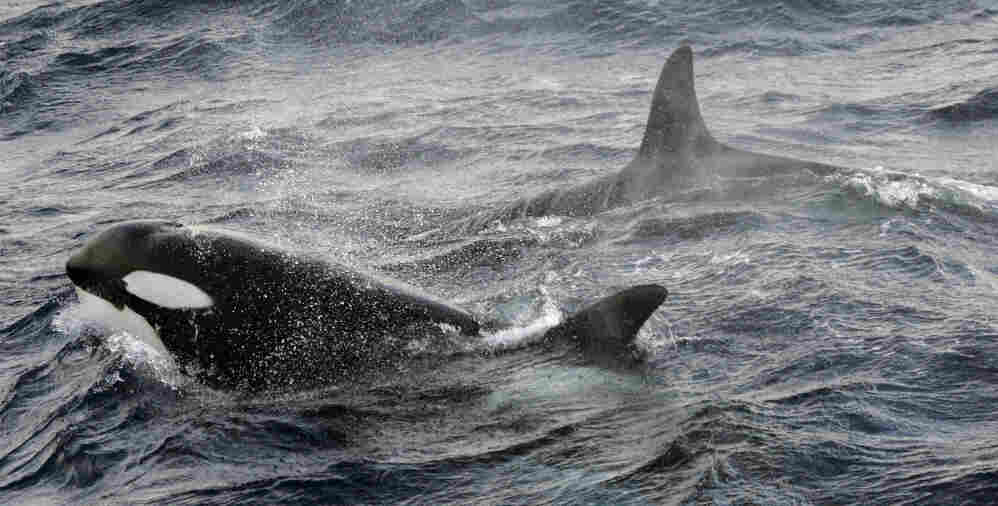 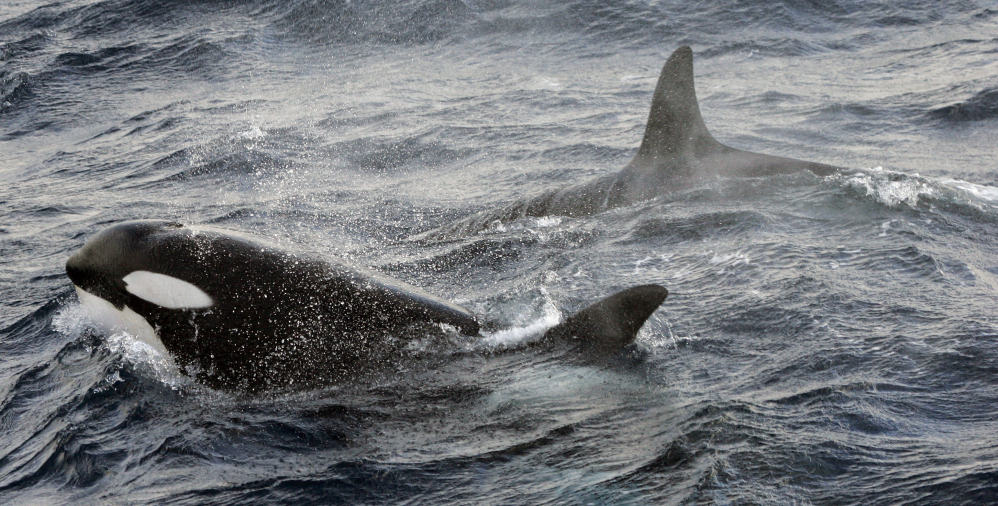 Two killer whales swim in the austral seas off the Crozet Archipelago.

Marine biologists are turning to citizen scientists, sitting at home in front of their computers, to help unlock the secrets of whale songs.

In Pixar's aquatic adventure Finding Nemo, Dory, voiced by Ellen DeGeneres, attempts to communicate with a whale to find the missing title character. She speaks in a loud, slow drawl to the whale, but when that fails, she says, "Maybe a different dialect."

Marine biologists behind the new "citizen scientist" experiment Whale FM need your help to unlock the secrets of whale songs. Can you tell the difference between the songs of killer and pilot whales?

Join other citizen scientists at <a href="http://whale.fm">Whale FM</a> to listen and match more whale calls.

"We actually know that killer whales do use dialects," marine biologist Peter Tyack tells Weekend Edition host Audie Cornish. Despite the tongue-in-cheek depiction of whale songs, Tyack says the film got it right.

"We don't know what the sounds mean, but each killer whale family has its own set of calls, like a dialect in human language," he says.

Tyack, a marine biologist at the University of St. Andrews, is also a coordinator of Whale FM, a new online experiment that's recruiting citizen scientists to study killer and pilot whale calls from around the world.

"The experiment is the first step in understanding how these whales communicate," he says. "The first thing we need to know is how to categorize their calls."

His research team needs help to sort through almost 15,000 different sound recordings and group similar ones together. That's where you, the citizen scientist, come in.

Tyack's team is counting on whale-song lovers to log on to Whale FM and listen to sounds of various whales calling to each other.

Tyack says much about whale communication remains a mystery for scientists, and he hopes crowdsourcing this new study may lead to some answers.

"We share a mammalian hearing system with killer whales and we think that lots of people, just using their own ears, should be able to make good matches of these calls," he says. "And the more people who decide, the better sense we get of how reliable their judgments are."

In the end, Tyack says, one of the major parts of the crowdsourcing concept of the project is to promote the fact that anyone can take part in science.