Accessibility links
Poor Economy Defers Small Idaho Town's Dream Unemployment is especially stubborn in rural places. In central Idaho, the recession has left Fairfield struggling for survival. Not long ago, it was poised for growth, but this summer, unemployment topped 16 percent.

Fairfield, Idaho, is struggling. Once poised for expansion, the town has high unemployment and a shrinking population. Molly Messick/StateImpact Idaho hide caption

Fairfield, Idaho, is struggling. Once poised for expansion, the town has high unemployment and a shrinking population.

Unemployment is especially stubborn in rural places. Drawing good jobs to small towns is not easy, and once jobs leave, they're hard to bring back. In central Idaho, the recession has left one small town, Fairfield, struggling for survival. Not long ago, it was poised for growth, but this summer, unemployment topped 16 percent.

A Change In Fortune

To really understand the kind of change that's gone on in Fairfield since the start of the recession, you have to look back a little further, about a decade. That's when the town got some gumption and decided it wanted to grow. A key part of the plan was a business park.

Then-Mayor David Hanks says that once this little town of 400 people dared to dream big, things fell into place. It got a new school and improved sewer and power infrastructure. A developer put in 18 new houses.

Then there was the business park. Hanks still envisions what it could be: a mix of retail, warehouse and manufacturing space. Instead, the lot is mostly vacant, and local farmers are putting it to a different use.

"You know, it's really a great place, actually, if you're going to store hay. This is a fantastic area, nice and level and right near the highway," Hanks says.

The rows of bales are long and perhaps 30 feet high. It's a tidy example of how Fairfield's fortunes have shifted. The town's potential for growth hinged on the nearby Wood River Valley, with its world-famous skiing and wealthy tourists. People in Fairfield hoped for spillover from the valley's prosperity, but the economic downturn changed all of that.

There's less building, less expansion and less incentive to invest in a rural town. Now, instead of watching Fairfield flourish, local people worry for its future — and their own.

Resident Kelli Fox has a 4-year-old son, Micah. She serves on the city council, runs a small florist shop downtown, and works for the Forest Service in the summertime. In spite of that, she and her husband have found themselves wondering whether they'll be able to stay.

"I've never really considered leaving Fairfield until just recently, and ... that's kind of disheartening to me," she says. 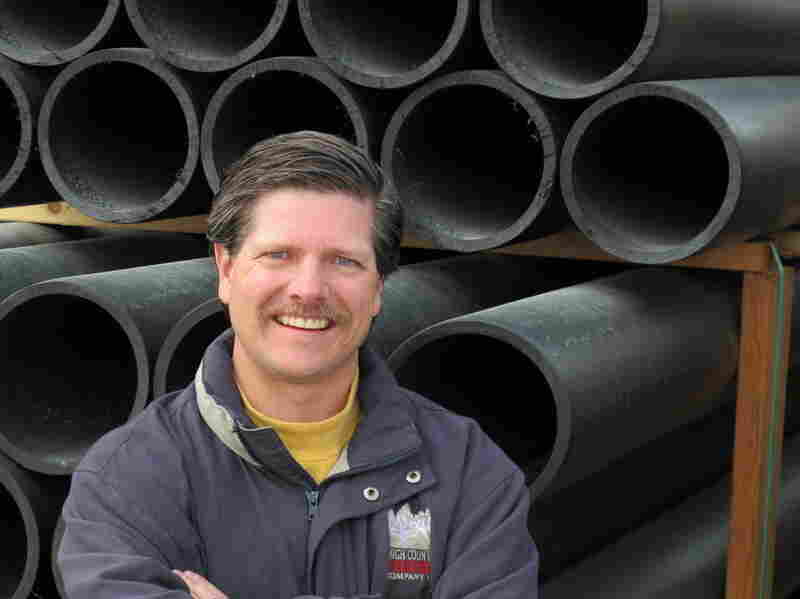 David Hanks used to be the mayor of Fairfield, Idaho. He had to step down earlier this year because the economy forced him to work more on his business. He still has high hopes for the rural town. Molly Messick/StateImpact Idaho hide caption 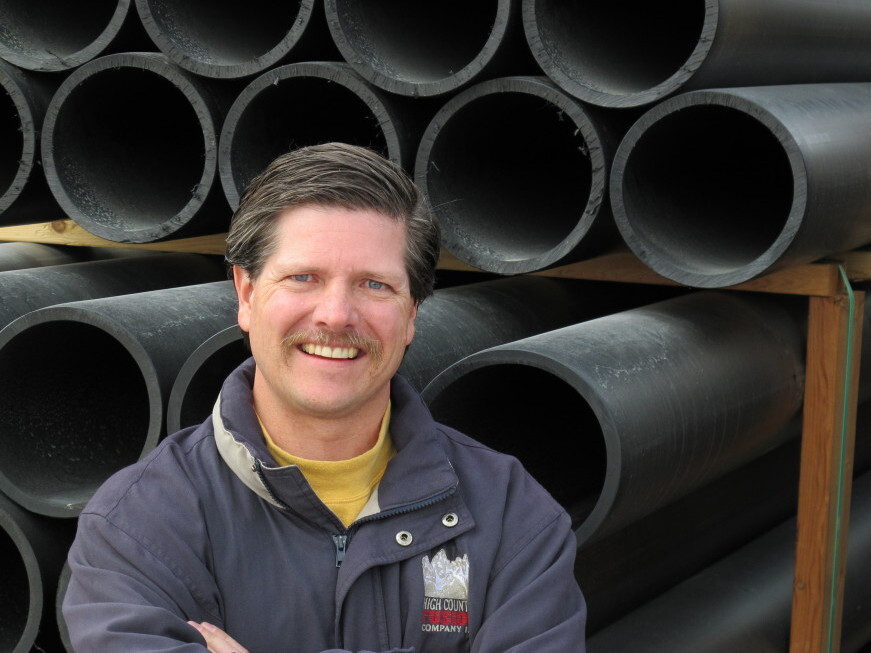 David Hanks used to be the mayor of Fairfield, Idaho. He had to step down earlier this year because the economy forced him to work more on his business. He still has high hopes for the rural town.

Fox says that if they do go, it won't be a matter of choice. Her husband is a builder and woodworker. Last year, he was out of work for two months. Looking around her town, Fox says she knows they're not alone. Unemployment is different in a place like this. It's a count of jobless friends and neighbors.

"I could tell you everybody on my block who doesn't have jobs," she says, "but actually most of the houses on my block are vacant — because those people lost their houses, and that's terrifying to me. We're hoping we don't ever get to that point."

Here is the troubling state of things for Fairfield: Jobs have dried up and people have left. School enrollment has dropped and there's a pileup of home foreclosures. For longtime residents, all of this is heartbreaking. Fred Marolf, 73, is a local real estate agent.

"You get to be friends with a lot of folks — really close friends — and to see them getting in a bind and being hurt, it affects you big-time," he says.

Marolf says that when people ask him what's so special about Fairfield, he tells them to visit a spot just outside of town.

"If you go up here on Johnson Hill and look over this prairie, about any time of the day, but especially early in the mornings or late in the evenings, and just sit up there and look at it — it'll get to you, too," he says.

Marolf describes a broad view of open land, bordered by the south edge of the Sawtooth Mountains. There's a river running toward Magic Reservoir, and in the spring, so many camas lilies in bloom that they look like a rolling ocean.

Hopes For The Future

Recently, one of Marolf's sons and a grandson have left Fairfield to find work. Still, Marolf says he's here for good.

"It's been our home for 45 years now, and [we] raised all our kids here. And we just love it here, and we'll never leave," he says.

As he chokes up, Marolf says, "Now I'm getting like David [Hanks]!"

Hanks speaks about Fairfield with the passion of an old-fashioned soap-box salesman. The former mayor stepped down earlier this year because the economy was affecting his business, and he needed to spend more time at work. Now, as he looks around his town, he tries to see a way forward.

"When you go into a town that's even small, and you see it hustling and bustling, you're like, 'Wow, this is a great community!' ... And then you go into it two or three years later and you go, 'What in the world has happened?'" he says. "It's a tough, tough thing, I think, as a community leader, to say, 'OK, how do we get through this now?'"

Hanks says he still believes in Fairfield. Maybe the benefit of being a little town, he says, is that little towns can be nimble. When the economy does finally start to recover, Fairfield will be there, ready to take advantage of it.

Molly Messick is an Idaho-based reporter for NPR's StateImpact network, which focuses on government reporting in the states. Read More About It