Accessibility links
The Zombies On World Cafe : World Cafe The British Invasion original is alive and well as two of its founding members maintain a mix of old hits and new achievements. 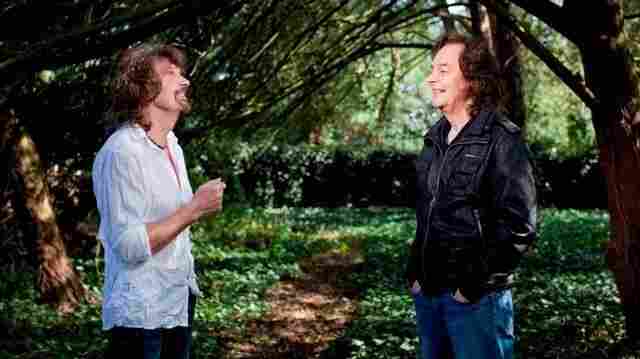 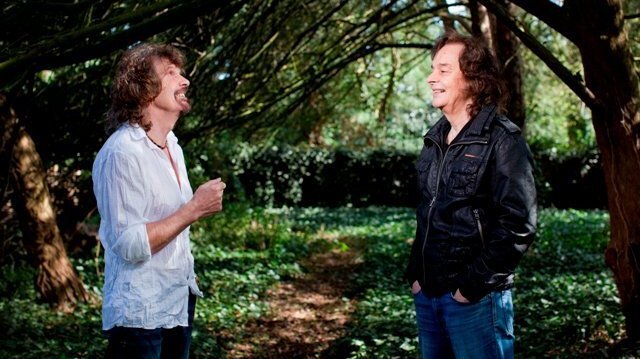 In the 1960s, the Zombies enjoyed success as one of the most popular bands of the British Invasion, releasing the enduring and beloved hits "Time of the Season," "Tell Her No" and "She's Not There." Although the group initially split amicably in 1968, the Zombies returned to making music in various incarnations in the early '90s. This year, two of its founding members, Colin Blunstone and Rod Argent, released Breathe Out, Breathe In, which the veteran musicians say is the first album that makes them feel truly together again as a band.

In today's World Cafe session, Argent tells the story of his attempt to meet his idol, Elvis Presley, in 1965 by visiting Presley's Memphis home — and the surprise he received when he got there. Later, Blunstone describes recording the famous Odessey and Oracle at Abbey Road immediately after the Beatles finished Sgt. Pepper's; the Zombies even used some of the same instruments, like the Mellotron. Finally, Argent and Blunstone perform two new songs off Breathe Out, Breathe In before treating us to a rendition of the classic "She's Not There."

This segment originally aired on November 11, 2011.