Accessibility links
At MoMA, A Look At De Kooning's Shifts In Style New York's Museum of Modern Art is currently hosting the first major Willem de Kooning retrospective. Critic Lloyd Schwartz says the exhibit traces the development of de Kooning's entire career, along with the little detours he took along the way. 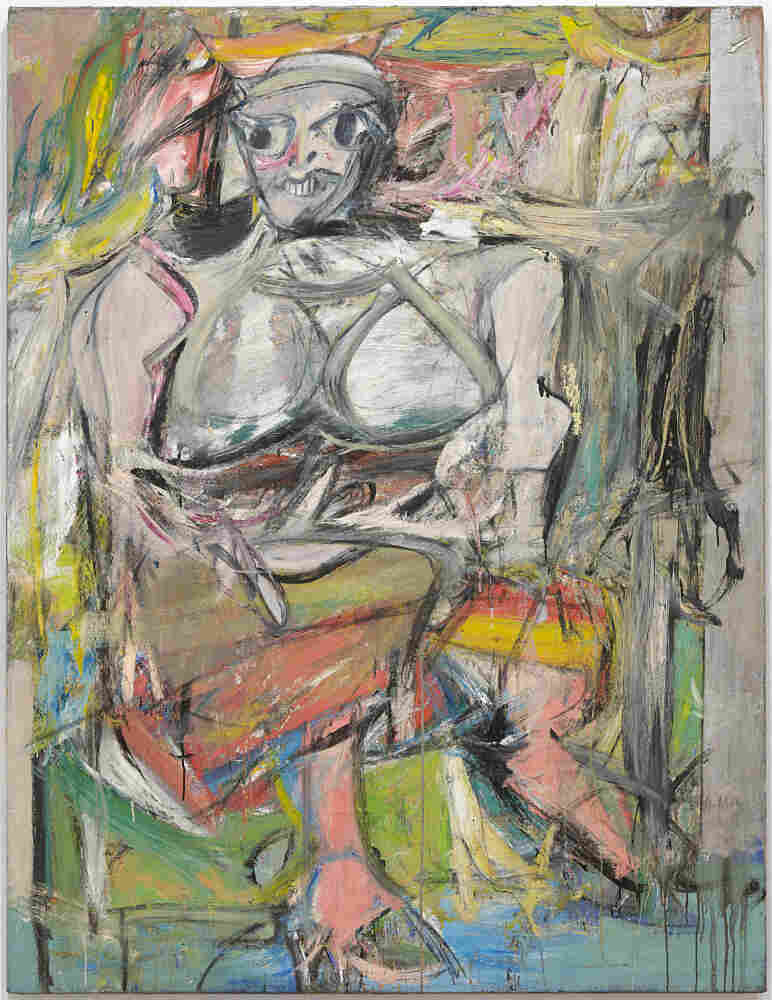 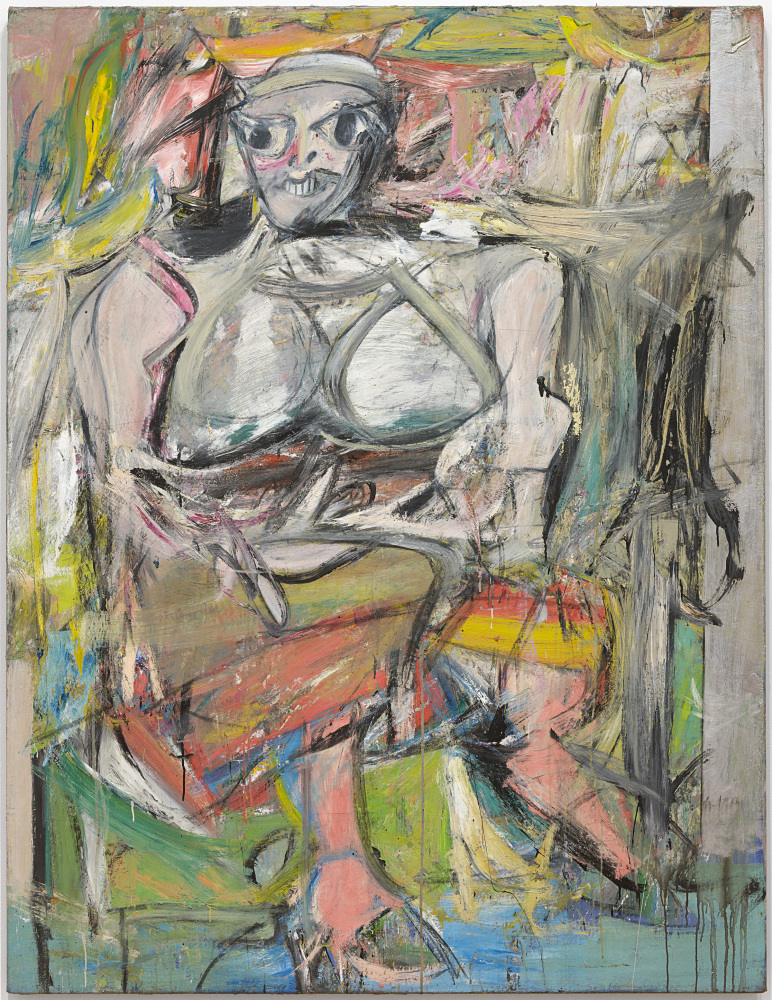 In 2010, the Museum of Modern Art was criticized for its skimpy representation of the Dutch-American painter Willem de Kooning in its huge abstract expressionist show. The museum has now made up for that with an astounding de Kooning retrospective, the first of its kind: some 200 paintings, drawings, prints and sculptures that trace de Kooning's career beginning at age 12, when he was working for a graphic designer in his native Rotterdam and painting remarkable imitations of Cezanne, Picasso, Matisse, Miro and Gorky.

Even as a teenager, he was obviously in love with painting, and with paint. There's probably no 20th century artist other than his contemporary abstract expressionist Jackson Pollock who treated paint more voluptuously, and maybe no one who worked harder to get paint to come alive on a canvas.

Although it might not be immediately obvious, de Kooning's abstractions, unlike, say, Pollock's or Mark Rothko's, are almost always based on figures or objects or places. Several years after his first big New York success in the late 1940s with a dazzling series of black and white abstractions, he returned to one of his favorite subjects — women — and was attacked for abandoning abstraction. To which he responded: "After a while all kinds of painting becomes just painting for you — abstract or otherwise."

"Being anti-traditional," he told his critics, "is just as corny as being traditional."

His third series of paintings of women, from the early '50s, beginning with Woman I -- probably his most famous work — and in the Museum of Modern Art's own collection, is one of the highlights of this retrospective. These women are ferocious, with huge breasts and teeth. De Kooning was obsessed with mouths and said that they gave his paintings their necessary focal point. In the show, there's a small painting in which the woman's mouth is actually cut out from a magazine ad and pasted on the canvas. When you step back, these figures of women seem almost monstrous, but close up the smears and drips and the intensity of the colors are so delicious you want to swim in them, wallow in them, eat them.

In the very next room from the women are de Kooning's city or highway landscapes. There's the crowded, colorful Gotham News, which like many of the paintings of this period incorporate impressions from actual newspaper ads and articles. Or Merritt Parkway, one of his magnificent large-scale abstractions that fill a canvas with what he called "full arm sweeps" that splash wide bands of paint across the canvas. They're as painterly as the female figures but leave more — leave everything — to the imagination: total abstractions, wildly evocative, sumptuous and gorgeous. 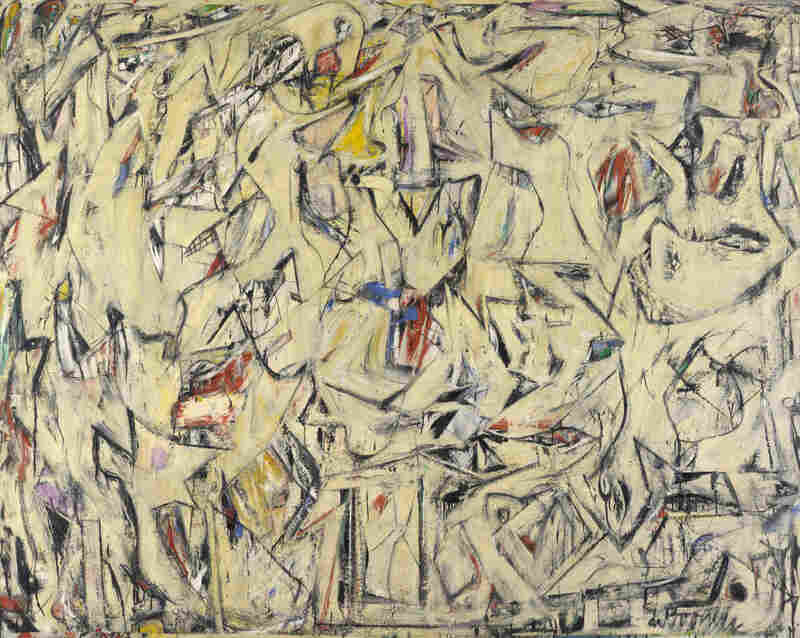 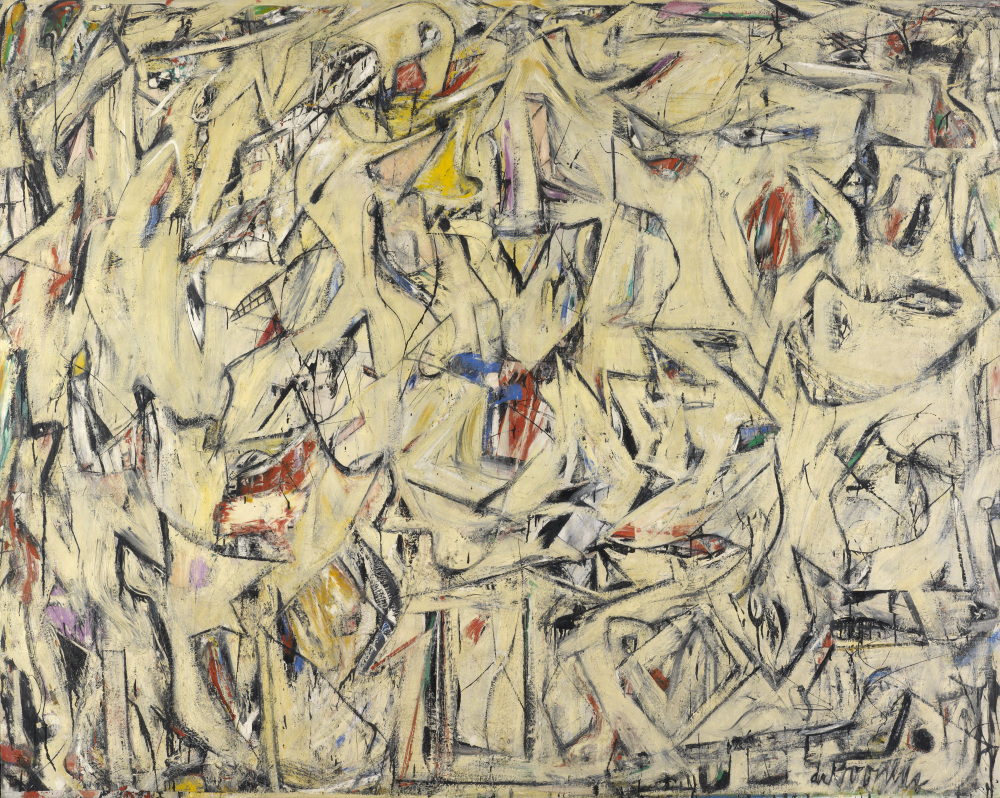 Excavation, painted on a 6-foot-by-8-foot canvas, was de Kooning's largest painting through 1950.

One of the most important things you'll take away from this show is that de Kooning was never sloppy or self-satisfied. He worked months, even years, on some of these paintings, yet they almost always have the appearance of exhilarating spontaneity. Another marvelous benefit is that not only can you trace the development of a whole career; you can also see the little alleyways and detours that occur along the way, even dead ends. Along with landmark paintings like Pink Angels and Excavation, I love de Kooning's touching and funny little self-portrait, something he never really developed into a persistent subject. And the extraordinary 17-foot-square stage backdrop that he enlarged in 1946 from a little painting called Judgment Day for a dance piece called Labyrinth. He got $50 for doing it.

De Kooning's most controversial paintings are his very last ones. His health was failing: He'd been drinking heavily, and then dementia began to set in. These late paintings are suddenly simple — often just ribbons of color, parts of which were painted by his assistants. The rich density of his greatest work is gone. Yet some of these, like a 6-foot-by-7-foot painting from 1985, a dozen years before he died, with just blue and black lines floating over a white background, are extremely beautiful, images reduced to something profoundly, radically basic. Even his poetic titles are gone. In their poignant way, these paintings may be just the right ending to the career of an artist who seems to have tried just about everything else.