Accessibility links
Lessons From John Lithgow's Onstage 'Education' John Lithgow was born into a theater family, but he never intended to become an actor; he wanted to paint. In his memoir, Drama: An Actor's Education, he focuses on the years before the fame — from his stage debut at the age of 2 to his move West to become a star. 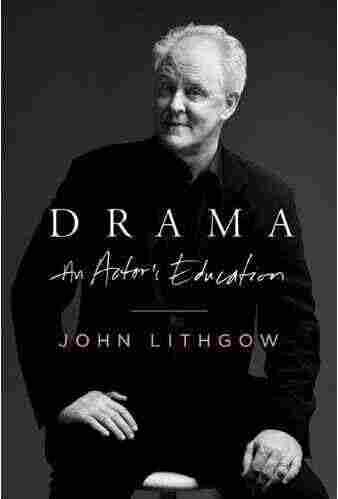 John Lithgow was born into a theater family, but he never intended to become an actor; he wanted to paint. But ever since he first took the stage as a toddler, he was a hit — and he's gone on to win numerous awards for his work in television, theater and film.

In his memoir, Drama: An Actor's Education, Lithgow focuses on the years before the fame — from his stage debut at the age of 2 and his college years at Harvard, right up to the moment when he moved out West and became a star.

Lithgow talks with NPR's Neal Conan about his early struggles and discoveries, and passes on what he's learned during his decades-long career.

On how his father, actor and director Arthur Lithgow, reacted when John told him he intended to go into the family business, after receiving a Fulbright to study acting in London

"His face fell ... By that time I had worked for him for years in his summer Shakespeare festivals. He had directed me. I had acted with him. I had even directed him once or twice. And I thought, well, it's a fait accompli, I'm going to be an actor. I told him I was off to study it in earnest, and he looked like I had told him I'd contracted a terminal disease.

"... I think he had managed to — if not mask all of his professional troubles from me — he masked how difficult they were for him. To my mind, he had a kind of magical career, he was like the ringmaster of a wonderfully exciting circus of which I was a participant ...

"It's one of those dark ironies of life that the very moment when I, after some bit of struggle, my career took off so abruptly, his was just beginning a sort of precipitous decline. He'd lost the last really good and prestigious job he had as a theater manager, and ... he was a circumspect man. I mean, he was not emotionally extravagant, but the wonderful thing was he — to all appearances — he was elated by the success I'd had and [was] very proud of me. ... He wouldn't allow me to feel any guilt or bad feelings about his bad fortunes."

On how he talks to his own kids about acting

"I tell young people, including my own kids, don't do this, it's too difficult. It's a career full of rejection, disappointment and failure. It's murderously hard on the ego. Don't become an actor. 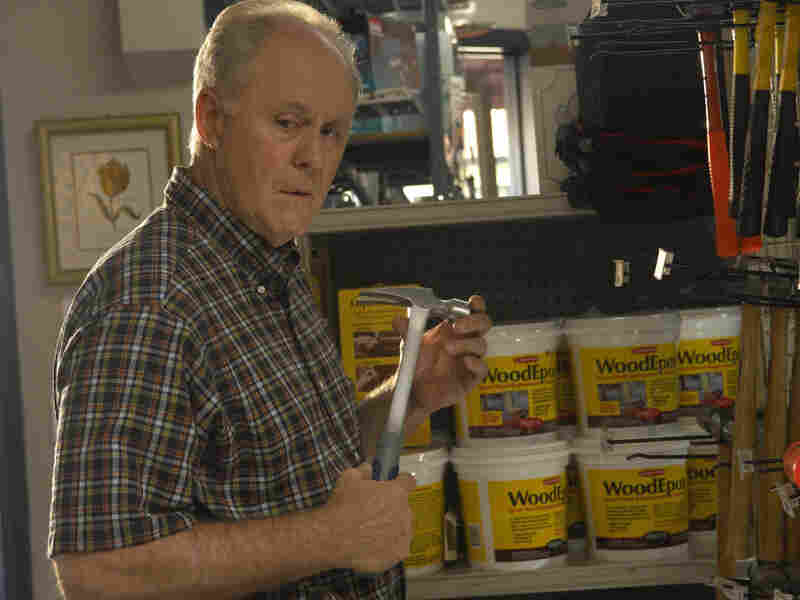 John Lithgow played Arthur Mitchell, known as the Trinity Killer, in the Showtime series Dexter. He won an Emmy Award for his portrayal of the tortured villain. Randy Tepper/AP hide caption 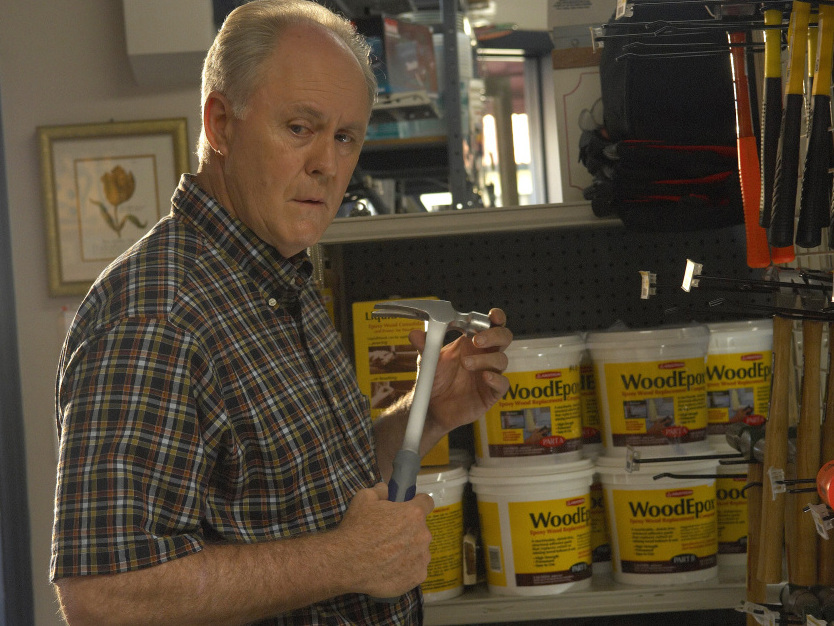 John Lithgow played Arthur Mitchell, known as the Trinity Killer, in the Showtime series Dexter. He won an Emmy Award for his portrayal of the tortured villain.

On the advice he gives to young, struggling actors

"They've made the decision to become actors, so I'm certainly not going to tell them to give up. I tell them to just stay creative, try to develop things all on their own that they themselves can control. Try writing. Try directing. If there's a part you really want to play, figure out a way to produce it.

"... Chances are, you will never get a chance to follow through on these ambitious projects, but the reason will be someone has finally hired you to act. But in the meantime, you have kept yourself alive with just creative energy. You have given yourself hope that you can accomplish something. It's very important to stay creative and not simply to wait around for people to want you. It's the hardest thing about the business."

On the pact made between the actor and the audience

"There's a wonderful passage in the book that describes my father stepping in for another actor in a production of [The] Taming of the Shrew, when he's already playing another role. In desperation, he has to play two roles, Baptista and Petruchio.

"In several scenes, they're on the stage together. So he went out to the audience — I was a lighting assistant backstage, and I witnessed him — I, like the rest of the company, couldn't believe he was doing this. He said, 'I'm going to play both parts. I have a coat rack here and a cloak. Every time I switch from one character to the other, I'll whip off the cloak, put it on the coat rack, and that will be Baptista. I will be Petruchio. And when Petruchio exits, I'll put the cloak back on. All right? Here we go.'

"And the audience absolutely loved it. That was the deal he made with the audience. And the lesson I learned in the wings, listening to him pull off this unbelievable piece of kind of theater alchemy, is make a deal with the audience, and they'll follow you anywhere, as long as they know the rules."

Read an excerpt of Drama