Accessibility links
Why Americans Spend Too Much, Save Too Little The 2008 financial crisis made it clear: Americans save too little, spend too much and borrow excessively, says Princeton professor Sheldon Garon. In Western Europe and East Asia, governments aggressively encourage people to save through special savings institutions and savings campaigns.

Listen
Why Americans Spend Too Much

Why Americans Spend Too Much 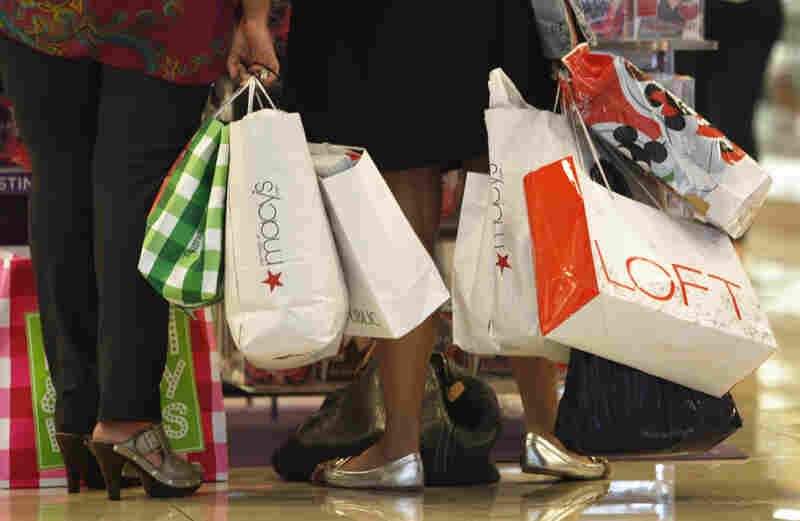 Shoppers look at a display at the Dadeland Mall in Miami on Nov. 25. Princeton professor Sheldon Garon says Americans spend too much and save too little compared to Europeans and Asians. Lynne Sladky/AP hide caption 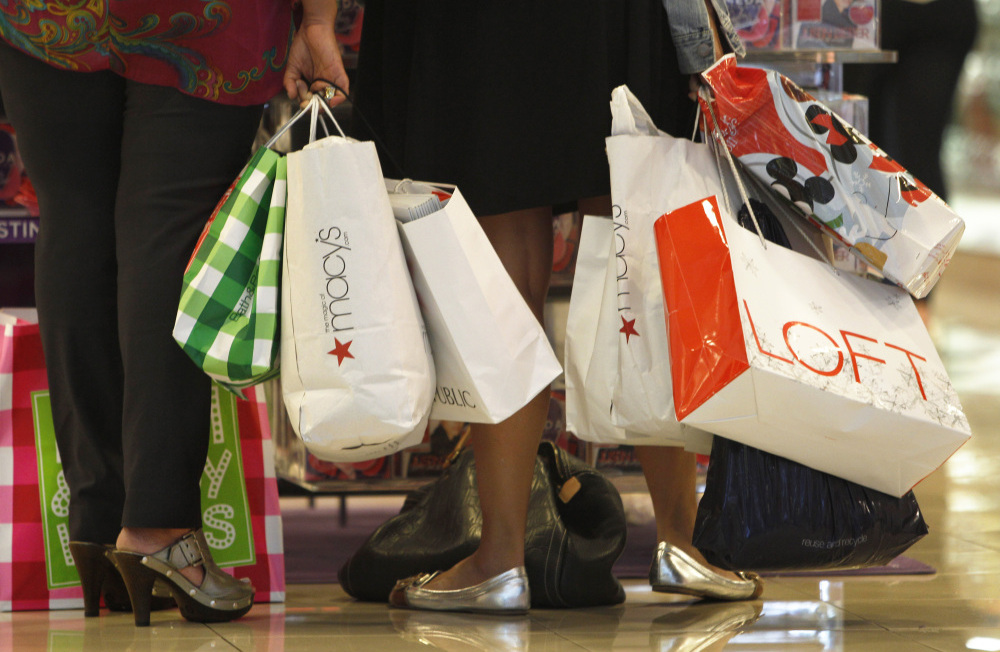 Shoppers look at a display at the Dadeland Mall in Miami on Nov. 25. Princeton professor Sheldon Garon says Americans spend too much and save too little compared to Europeans and Asians.

The 2008 financial crisis made it clear: Americans save too little, spend too much and borrow excessively, says Princeton professor Sheldon Garon. In Western Europe and East Asia, governments aggressively encourage people to save through special savings institutions and savings campaigns.

Garon has just released a new book, Beyond Our Means: Why America Spends While the World Saves. He discussed his findings with NPR:

Do Americans spend more than people in Western Europe and Asia?

"They definitely do. You can look at consumption levels and control for purchasing power over the last several decades, and America is simply in a league of its own. The only people who come close are people in Britain, but they are about 85 percent of the level of American consumption. Germans, French and others are in the 70 percent range, Japanese even a little lower. So Americans spend like no one else."

Were we savers before? The Benjamin Franklin admonition was to save money. Did we do that up until a certain point?

"Benjamin Franklin had more of an effect on Europe and Japan in the 19th century than he did on us. [Still,] we were good savers [in earlier times] where we had good savings institutions, like savings banks, in New England and the mid-Atlantic and Upper Midwest.

"But many people in America, particularly in the South and West, didn't even have an accessible bank as late as 1910 in which they could save. We became very good savers during World War II and in the few decades after World War II."

What happened in the more recent decades from the '80s on out, where we seem to have greatly stepped up our use of credit cards and other kinds of debt?

"You've identified the 1980s as the right point — that's when you have almost a perfect storm in terms of deregulating financial institutions that results in a tremendous outpouring of credit in various ways. The credit card industry is deregulated after about 1980. They can charge whatever they want on interest rates; they tend to then see their credit-card operations as cash cows; they tend to target riskier and riskier customers.

"So you had an explosion of home equity, and that resulted in lots of middle- to upper-income homeowners actually draining the equity out of their homes as they expanded their lines of credit. And we got to a point where, in so many different ways, Americans came to the conclusion: Why would you save when it was so easy to get credit?"

These habits we've developed — shop till you drop — it seems like it's so much a part of our culture to overconsume that it's got to be hard to reverse that direction. What has to happen to make us better savers?

"One thing is the unfortunate: Many households — millions of households — don't have the means to get more credit and to spend more now, so that automatically is going to make people more cautious. But I think institutionally, we need to do several things. We need to improve the access of lower-income households to savings institutions.

"We just witnessed Bank of America and other banks trying to charge an extra fee on people with debit cards, particularly with low minimum balances. That tends to discourage people. [Among lower-income households] 25 percent of them are unbanked: They don't have bank accounts.

"So we need to incentivize banks to create ... small savers accounts [such as those in Europe]. They have a low or minimum balance, that have no fees, [and they] actually pay an interest rate that people can see. These can be subsidized by government working with banks — we can do that.

"We need to clearly do more to curb predatory lending, and I think we need to revise our tax laws, which right now incentivize really affluent taxpayers to contribute to their retirement accounts and to buy more and more housing, while not incentivizing lower- and middle-income households to put more of their money away in savings. In many countries, small savings accounts are tax exempt. Here we have the opposite — tax exempt advantages incentivize borrowing, not saving.

How optimistic are you that things could change?

"It's a long shot, and as you have implied, there's a lot of resistance out there. On the other hand, if we can't even talk about the problem, if we can't even talk about the benefits of some saving and we think that only consumer spending is good for the economy, then we're not even getting to first base on this. We have to begin talking about the benefits of saving, and how we might restore a balance between saving and spending."