Accessibility links
For Unions, Democratic Convention Is Business Unionized businesses in Charlotte, N.C., have traditionally had to keep a low profile in this right-to-work state. But with the Democratic National Convention headed to town in 2012, having union ties could now be something to flaunt — and cash in on. 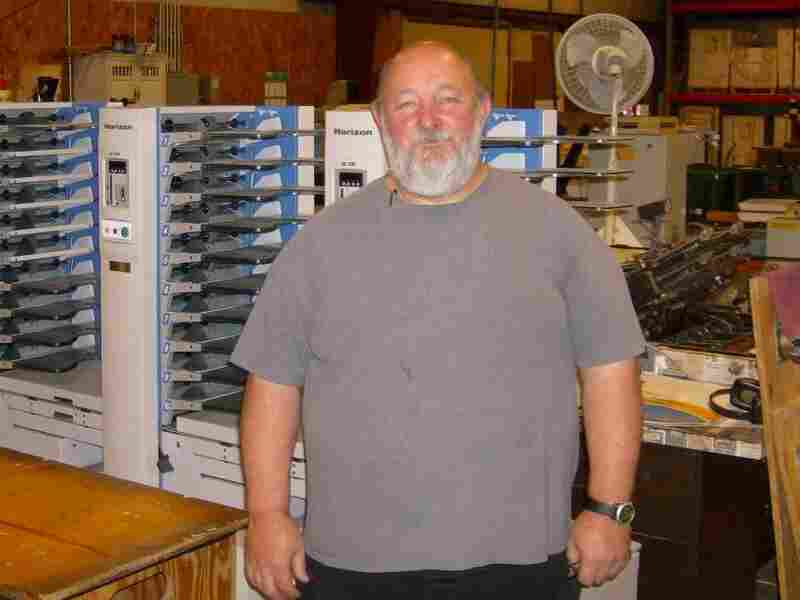 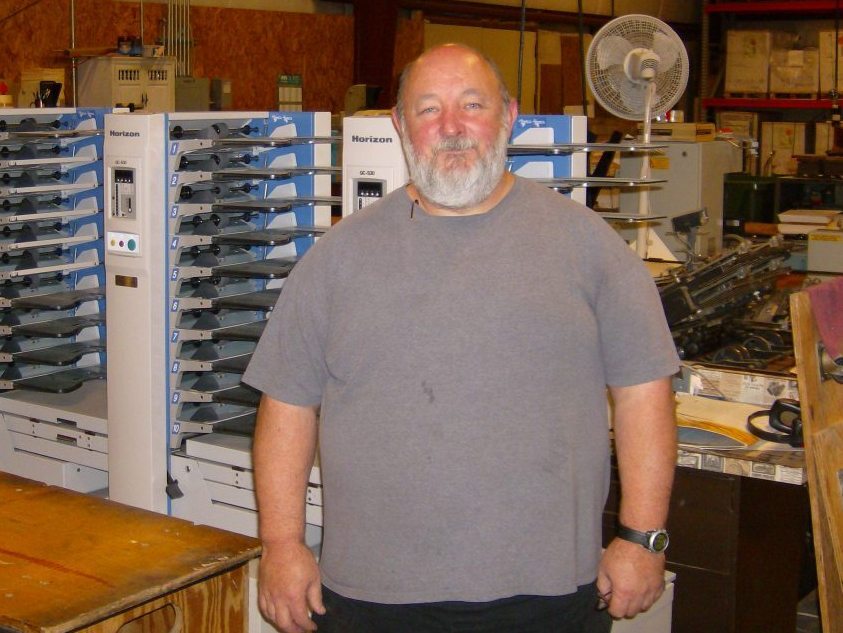 Tim Mullaney heads Consolidated Press, one of Charlotte's few union print shops. His business has been contracted for several jobs for the upcoming Democratic National Convention.

Organizers of the 2012 Democratic National Convention in Charlotte, N.C., face a bit of a conundrum as they try to honor their party's deep ties to organized labor in a state with the lowest percentage of unionized workers in the nation. Local businesses worry they'll be passed over for unionized competitors, which are few and far between in the right-to-work state.

But for the few union shops in Charlotte, times are good — if also a bit awkward. At Consolidated Press, Tim Mullaney is forced to maintain something like a secret identity to keep his business going.

"My dad started it in 1966 and it's my little wagon to drag now," says Mullaney.

The secret side of Mullaney's "little wagon" is that it's a union print shop — the only one in Charlotte, aside from a one-man operation that makes memorabilia for firefighters.

The resolution goes on to say that, "the City of Charlotte should not bear the financial and infrastructure burden of the convention if a significant portion of the revenue goes to out-of-state firms because they are unionized." Democrats in North Carolina's state House derided the measure as "silliness" and a "waste of time."

National labor advocates were not pleased when Charlotte was picked to host the convention, since the city doesn't have a single unionized hotel. Unite Here, a union that represents hotel and restaurant workers, urged Democrats to choose St. Louis or Minneapolis, which were competing for the bid, because those cities have a stronger union presence than does Charlotte.

Mullaney's father unionized Consolidated Press in 1968 to get the business of another union in the area. He kept it that way because he says it makes his nine employees happy, and because a bit fewer than half of his customers have union ties. Most of the rest don't even know the business is unionized. It's not something Mullaney advertises.

"You know, we've actually got, and have maintained for years and years, two different scratchpad piles," says Mullaney, "For example, when you go out and see customers."

One pile has the shop's union label; the other doesn't. When in doubt, Mullaney gives customers the one without the label.

Businesses that are unionized know better than to boast their ties to the labor movement in North Carolina.

When Mullaney says, "There's no sense in pouring salt into a wound," he's referring to the fact that organized labor isn't exactly well-loved in Charlotte. Economic development officials and elected leaders proudly tout the state's few ties to labor.

Union workers like electrician Tommy Hill are used to getting shushed when promoting labor organizations. "You know, I've been on jobs that you can't wear a T-shirt with union paraphernalia on it, no stickers on your hard hats and that kind of thing," Hill says. "This is an anti-union state."

But union workers in Charlotte now hope the 2012 Democratic National Convention will be their moment in the sun. Their optimism is fueled by public statements from the CEO of the Convention Committee, Steve Kerrigan.

"We hope to maximize our participation in union labor across the board in all the contracts where we can," Kerrigan says. "But we're gonna focus on making sure that local businesses and local employment is a priority as well." 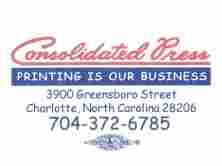 Many local businesses fear they won't win contracts for the 2012 Democratic National Convention because they can't boast a "union bug," like the small blue oval above, that can be found on some material printed by Consolidated Press. Courtesy of Consolidated Press hide caption

Many firms in Charlotte fear the Democrats will bring union workers from other states to staff the convention. Most of the contracts have yet to be awarded, but Consolidated Press is already cashing in.

Local officials knocked on Mullaney's door even before Charlotte won the convention bid because he could put something on the city's bid documents no other local printer could: a "union bug."

A union bug is a small insigne that certifies the document was printed by union labor.

"You know if you had a little imagination and you put a couple of legs on the left and right of it, it could kinda look like a bug," Mullaney says. "If you don't know what it is, you wouldn't really realize it was there."

But to unions — and to Democrats who rely heavily on them for campaign support — the union bug is a must for official documents. It's kind of a secret code, one that's so important that the National Convention Committee says all 20,000 welcome packets for delegates, 10,000 media guides and every convention sign posted around Charlotte must be done by a union print shop. Which bodes very well for Consolidated Press.

"The week of the convention, we'll be here 24 hours a day," says Mullaney. "I'm pretty much sure of it, that entire week, we'll be wide open."

Mullaney hasn't won all of the Democratic convention's printing business yet, but for once, his union status isn't something he feels the need to downplay.