Accessibility links
In Kansas, Obama Invites Roosevelt Comparisons The president delivers an economic speech Tuesday in Osawatomie, Kan., where Roosevelt issued a call for a "New Nationalism" 101 years ago. The memorable phrase from Roosevelt's speech is "a square deal," which includes a distribution of wealth that benefits the whole community. Obama is hoping to sound a similar note. 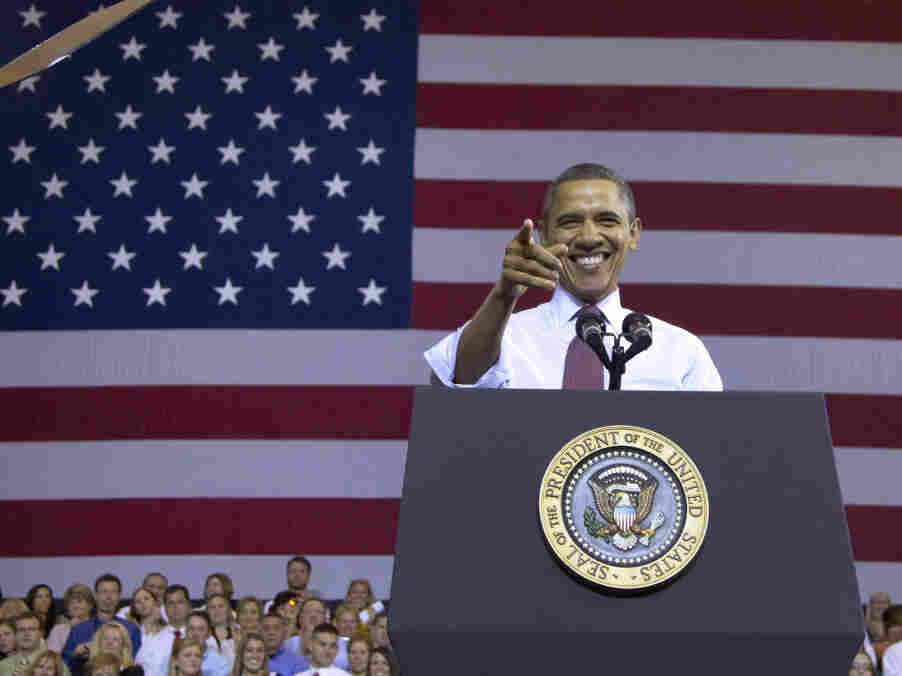 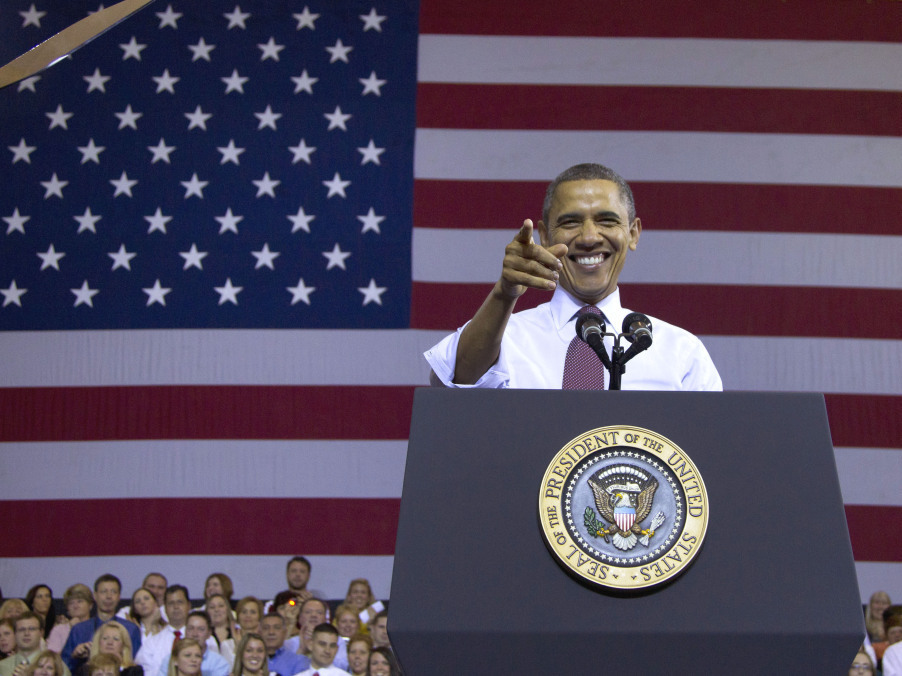 President Obama delivers an economic speech Tuesday in Osawatomie, Kan., where Teddy Roosevelt issued a famous call for a "New Nationalism" 101 years ago.

President Obama will try Tuesday to follow in the footsteps of Teddy Roosevelt when he delivers an economic speech in Osawatomie, Kan., the same city where Roosevelt issued a famous call for a "New Nationalism" more than 100 years ago.

For Obama, this is a "connect-the-dots" speech. White House spokesman Jay Carney said it's a chance to show how the president's various economic proposals — from stricter banking oversight to payroll tax cuts — fit together, as Obama prepares for a re-election battle.

"He thinks it's an opportune time and an opportune location to try to put into broader perspective the kind of debates we've been having and the issues that are of vital importance to give middle-class Americans the kind of fair shot that they deserve," he said.

In recent days, Obama has tested some of the central themes of the speech, about building an economy that works for everyone.

"You guys know that what America is about is that we're all in this together; that each of us has to do our own individual part, but we also have to be looking out for one another," he said last week in Scranton, Pa.

Unlike Pennsylvania, Kansas, is solidly Republican territory. But the White House had a reason for choosing Osawatomie. Obama is deliberately seeking comparisons to a speech Roosevelt gave there 101 years ago.

"President Obama seems to look at history as something that can teach the present," said H.W. Brands of the University of Texas, one of a number of historians who've consulted with the president on multiple occasions. "I'm sure he would not be so naive as to think that history predicts the present. But to some extent it frames the range of the possible."

President Obama seems to look at history as something that can teach the present. I'm sure he would not be so naive as to think that history predicts the present. But to some extent it frames the range of the possible.

Brands is the author of a Roosevelt biography called T.R.-- The Last Romantic.

Roosevelt used his speech to call for a more activist federal government, including thorough policing of the financial system and a graduated tax on high incomes. And just as Roosevelt defended himself against accusations of communism by quoting Abraham Lincoln, Brands said Obama hopes to fend off charges of class warfare by presenting himself as the heir to Republican Roosevelt.

"One of the ways of deflecting criticism is to put your own positions in the mouths of great figures from the past," he said. "And for Obama, one of the great appeals of Theodore Roosevelt is he's a recognizable name brand. He's valued by both parties, even though a lot of what Roosevelt stood for has largely been forgotten."

The memorable phrase from Roosevelt's speech is "a square deal," which includes widespread opportunity and a distribution of wealth that benefits the whole community. Obama sounded a similar note last week in Scranton.

Recently, the Occupy Wall Street movement has shone a spotlight on America's skewed distribution of income. But Obama was talking about these ideas long before that. In early 2008, then-candidate Obama said the economy is strongest when the middle class grows and opportunity is widely spread.

"When it's not, when opportunity is uneven or unequal, it is our responsibility to restore balance, and fairness, and keep that promise alive for the next generation," he said.

What role government should play in keeping that promise is likely to be at the center of next year's presidential campaign. Brands said Roosevelt's call for a "New Nationalism" found widespread acceptance a century ago, though Roosevelt himself wound up losing in a three-way race to Woodrow Wilson.

"They split the vote between Roosevelt, who at that time was the Progressive, not the Republican nominee, and Woodrow Wilson, the Democratic nominee. Together they got a very large majority of the vote," he said. "Roosevelt didn't win. Wilson did. But progressivism as a whole was the major victor."