Accessibility links
The Roots: A Song Cycle For A Life Cycle Do we need a hip-hop concept album in 2011? Yes, if it's as thoughtful and poignant as undun. 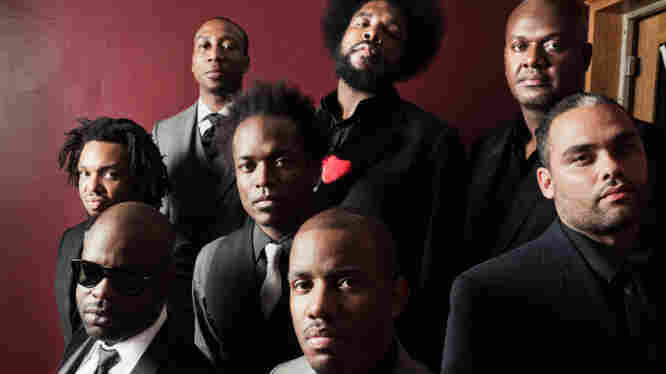 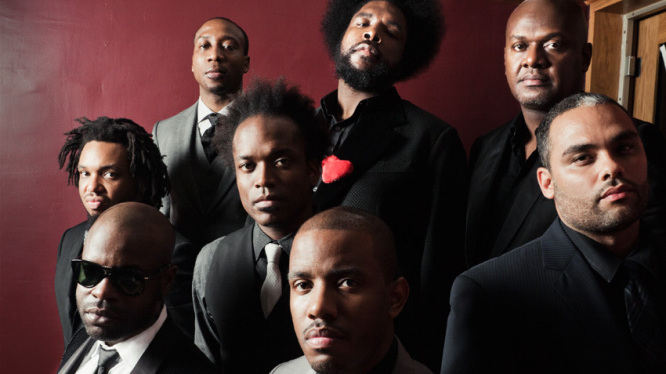 The Roots' 10th studio album, undun, is a concept record chronicling the downfall of its narrator.

The hip-hop band The Roots might currently be the hardest-working band in show business. Five nights a week, it's the house band on Late Night with Jimmy Fallon, and is constantly collaborating with other artists. And this week, the band issued its 10th studio album. It's called undun, a concept album about a kid named Redford Stephens — named after songwriter and composer Sufjan Stevens and his 2003 instrumental "Redford" from the album Michigan -- coming to terms with living a life of crime.

In "Tip the Scale," a desolate-sounding singer repeats the hook, "decide on suicide, heads or tails." It makes a weird kind of sense that Redford Stephens pins his life on a coin flip: The central character of The Roots' new song-cycle tells anyone who will listen that he's rarely felt in control of his destiny. His options started out limited, and have dwindled down to street hustle or prison.

This is familiar territory for The Roots — somewhere on each of the band's 10 albums, there's a verse about young lives trapped in urban poverty. On undun, the band aims to go deeper — by focusing on one lone, thoughtful kid and his responses to the frustrations of everyday life. In "One Time," Stephens reflects on his unremarkable school career and the moment when he started to wonder, "Why bother?" This is a sober flipside of hip-hop bling — even the party jam "Kool On" carries a haunting undertone.

The downcast narrative pretty much defines undun -- it's laced into the brooding melodies, and it reverberates within the funereal piano chords. There are, however, a few riveting moments when the mood of the music runs counter to the message: In "Lighthouse," the main character contemplates suicide, but the refrain has the exuberance of a Stevie Wonder tune from the 1970s.

It took me a while to fully grasp this Roots record — for one thing, the action doesn't unfold in chronological order. And I started as a skeptic: Do we really need a hip-hop concept album in 2011, a time when the form is overrun with egotistical blowhards? Turns out we do — at least when it's as thoughtful and poignant as this one.