Accessibility links
For Some Marching Bands, Hazing Means Brutality A story about violent hazing in the marching bands at historically black colleges and universities — HBCUs — detailed a problem, but no changes were made. So extreme has been the band torture at some schools that victims have had to be hospitalized. 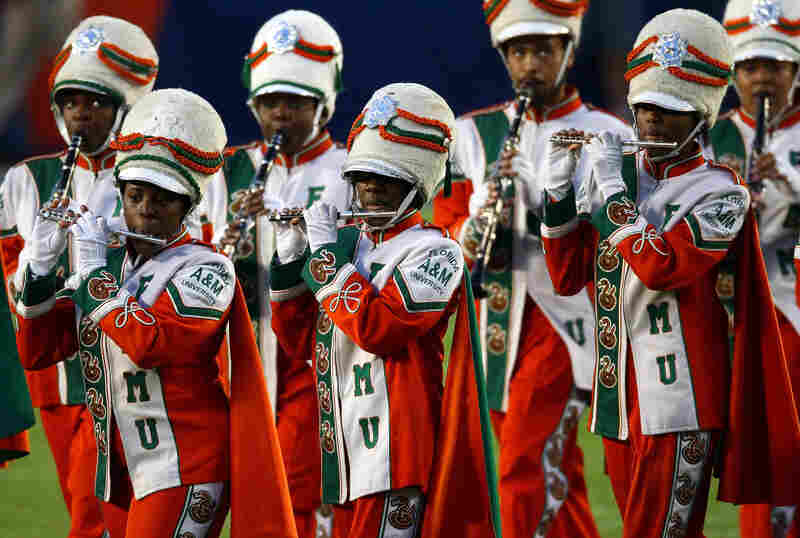 The Marching 100, Florida A&M University's band, performs on the field before Super Bowl XLIV, Feb. 7, 2010. The band's director, Julian White, was fired in November after a band member died, allegedly from a hazing incident on a bus. Win McNamee/Getty Images hide caption 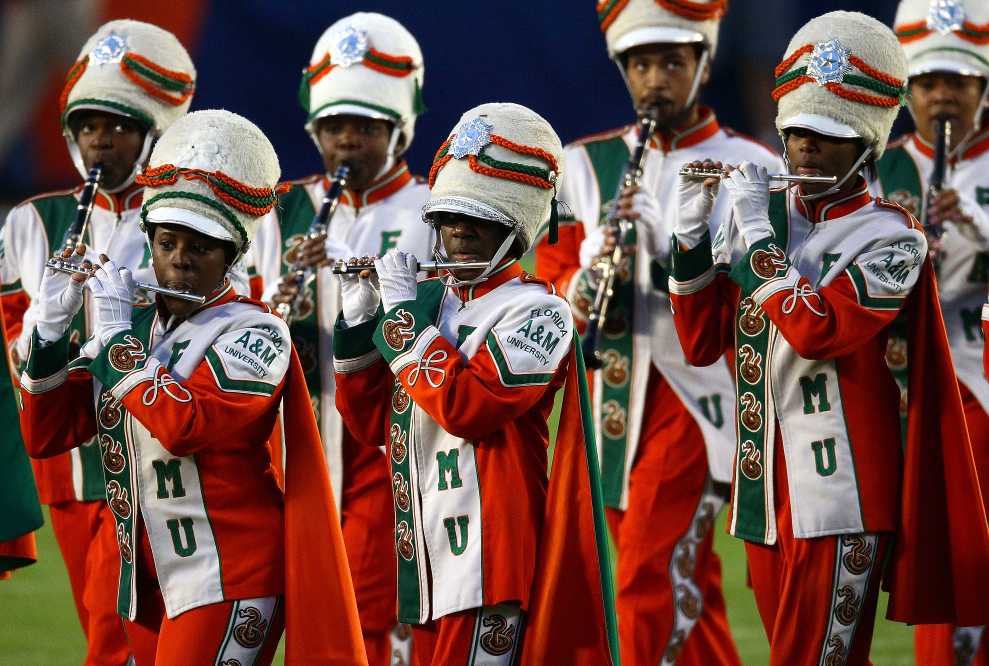 The Marching 100, Florida A&M University's band, performs on the field before Super Bowl XLIV, Feb. 7, 2010. The band's director, Julian White, was fired in November after a band member died, allegedly from a hazing incident on a bus.

Every now and then, as a journalist, you want to think that you haven't just done a good "story," but maybe you've actually brought attention to something that can actually do good.

I dared feel that a year ago, when I reported a piece for the HBO show Real Sports With Bryant Gumbel. The story was about violent hazing in the marching bands at HBCUs –– historically black colleges and universities.

At first, as the producer, Josh Fine, outlined the horrors of what was passed off as merely typical old college hazing, I doubted him. I couldn't believe that the premeditated violence that Fine described could possibly be that brutal, that widespread, and that, essentially, enabled by the institutions.

But then, as I interviewed band members at HBCUs, my disbelief grew into shock, as I learned about behavior that was, effectively, institutional torture.

New band members –– called "crabs" –– had to face choreographed assaults, with two-by-fours, belts, baseball bats, beer bottles, suffering literally hundreds of blows from their older compatriots. For example, an Alabama A&M flute player vividly told me about how she'd been attacked, time and time again, by the older flutists.

Yes. Even flute players. Even women. Women battering each other.

The victims also admitted, grievously, that they succumbed to a horrible psychological turnabout, because as painfully injured as they'd been when they were beaten, they themselves willingly became the twisted assailants the next year.

"[It got] your blood boiling for the next person, like a vampire lookin' for blood," one French horn player told me.

And so the brutality continued, validated as a way of building band camaraderie.

And so the excuses continued, because HBCU bands are the headliners –– literally more popular than the football teams that they play for at halftime. The band director at Florida A&M, Julian White, responded to my report by saying that I was just a prejudiced outsider, who "made it seem like black schools are the only places where it's happening. ... That's just not the case."

I'm sorry, but that is precisely the case. It is the culture.

So extreme has been the band torture at HBCUs that some victims have had to be hospitalized. After one crab at Southern University almost died when his kidneys stopped functioning, his assailants were criminally prosecuted, because, an assistant district attorney told me, "To continue that cycle ... somebody was gonna die."

Still, when my piece aired, there were no apologies, and worse: no change in the way things had always been. The bands must play on. Then, last month, a member of White's Florida A&M band died of alleged beatings at the hands of his comrades, in the line of tradition.

White has been fired by Florida A&M, but perhaps now they won't just call this sort of thing hazing anymore, anywhere.