Accessibility links
Advice For Teachers: Beware Of Facebook A New Jersey teacher posted comments on Facebook against a gay history exhibit at her school. Another teacher could lose her job for a post in which she called her students future criminals. Incidents like this around the country spark heated debates over privacy and free speech. 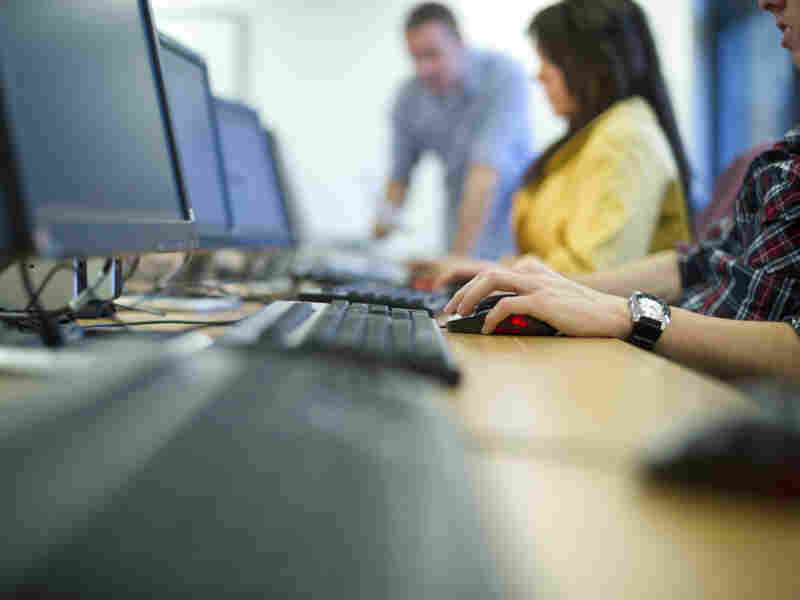 Teachers have been fired for comments they posted on Facebook, which raises free speech issues and questions about how teachers should interact on social media. Sturti/IStockPhoto hide caption 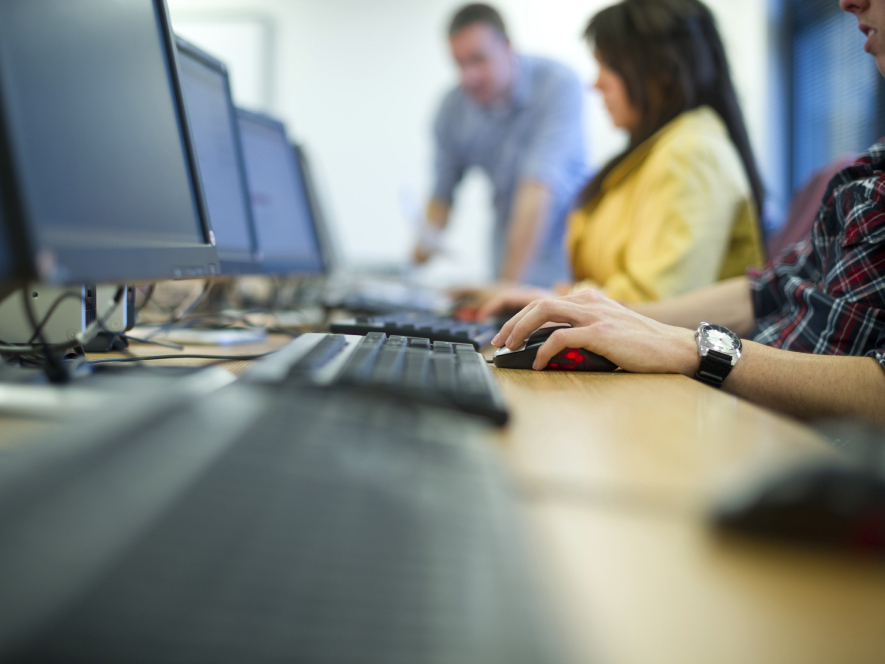 Teachers have been fired for comments they posted on Facebook, which raises free speech issues and questions about how teachers should interact on social media.

The new and ever-changing world of social networking has blurred the lines between private and public, work and personal, friend and stranger. It's becoming a particular challenge for teachers who can quickly rile students and parents by posting comments or photos online.

In some cases, teachers have been fired for statements they've made on Facebook, which is raising free speech issues.

Union, N.J., high school teacher Viki Knox posted comments on her Facebook page that quickly turned into a flaming war of words with parents and local residents. It began with comments that a gay history exhibit at the school should be removed; she then urged her friends to pray and eventually called homosexuality a perverted sin.

The school district began an investigation at the request of parents, and dueling demonstrations were held at the local school board meeting between gay-rights activists and supporters of the teacher.

"She has the right to post as a private citizen, but not as a teacher," one protester said.

"Viki has a right to free speech!" another responded.

Districts around the country are starting to take up the social media question, and rules frequently spell out how teachers and students can interact online. In some cases, that has led to questions over whether teachers can use social media at all.

Dayton Public Schools (Ohio): The district introduced a policy to go in effect next year that bans teachers from friending, messaging or texting students, or from responding to students' messages on social media.

Lake County Schools (Florida): Guidelines were introduced last year concerning the way teachers should approach social media. The guidelines advocate against posting about students, colleagues or job duties; recommend that teachers delay posting about a subject they are angry about until they are "calm and clearheaded"; and suggest that subjects and photos on a personal webpage remain "rated G."

Missouri: In July, the Legislature passed a law restricting teachers from using social media sites that enable them to contact students through private messages. The measure was repealed in October after critics said it was too broad and may have prevented teachers from using Facebook at all. Revised legislation mandates all school districts to develop a social media policy by March 2012.

Knox has been suspended while the investigation continues. In Paterson, N.J., a first-grade teacher in a largely black and Latino school may lose her job after commenting on Facebook that she feels like a "warden for future criminals."

John Palfrey of Harvard's Berkman Center for Internet and Society says there have always been teachers who say dumb things, but now social media amplifiy those comments.

"There's a really simple concept here, which is [that] the nature of a conversation is changing in a digital age and the consequences of saying something that's dumb are much greater," Palfrey says. "People can get fired for [saying] something that otherwise would have been completely and quickly forgotten."

The New Jersey teachers union is providing legal help in both cases. Spokesman Steve Wollmer says the union suggests a variety of policies that should be followed when teachers use social media.

"Don't ever friend or follow your students on Facebook or Twitter, never post during work hours or using work materials such as a school computer, and certainly never post anything about your job online, especially about students," Wollmer says. "I think that's where some of these teachers have found themselves in difficult situations."

Teachers are running into problems with social media all across the country, and often the organization that jumps to their defense — no matter how offensive the comments might be — is the American Civil Liberties Union. Ed Barocas, legal director of the ACLU in New Jersey, says teachers have a right to free speech and must be protected from what is called "the heckler's veto," or someone taking issue with their opinion.

Undermining The Ability To Teach

Barocas says teachers do run a greater risk of saying something that can affect their job performance. Just this week, a Bronx high school principal made tabloid news because students passed around a Facebook photo that shows her being doused in chocolate sauce by a shirtless man.

In the Paterson, N.J., case, a judge ruled that teacher Jennifer O'Brien can be fired for calling her students future criminals on Facebook. O'Brien's lawyer, Nancy Oxfeld, argues the posting was just an insignificant blunder said in frustration after a bad day.

"She never, ever thought her students were all future criminals, not ever," Oxfeld says. "And people leaped to a conclusion that Ms. O'Brien did believe what she said, when she didn't."

Oxfeld, who will make this case to the state education commissioner, says the teacher has an unblemished job performance record. But credibility and trust matter, especially to parents. Jose Iturralde, the father of a student at Union High School, feels the long rant against homosexuality that teacher Knox posted on Facebook undermines her ability to teach.

"How you say [things] and how you go about it is what counts, especially when you're dealing with kids," he says. "You are there as [a] role model, and putting things like that or saying things like that, it's a bit inappropriate."

The teacher's postings come at a moment when schools are struggling with cyberbullying and anti-gay bullying. If Knox is to keep her job, she'll have to convince officials that speaking her mind about homosexuality did not create a negative atmosphere at school that conflicts with its mission.