Accessibility links
Runner John Carlos: No Regrets On Olympic Salute The long fight against injustice was symbolized by the image from the 1968 Olympics — when two African-American sprinters stood on the medal podium with their heads bowed and single fists thrust into the air. The moment turned the men into outcasts in their own country. 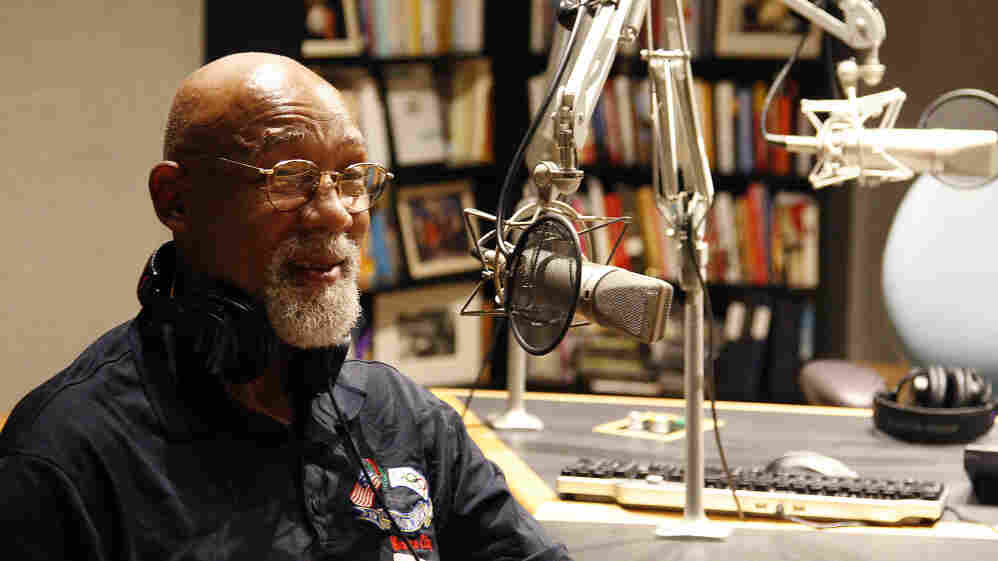 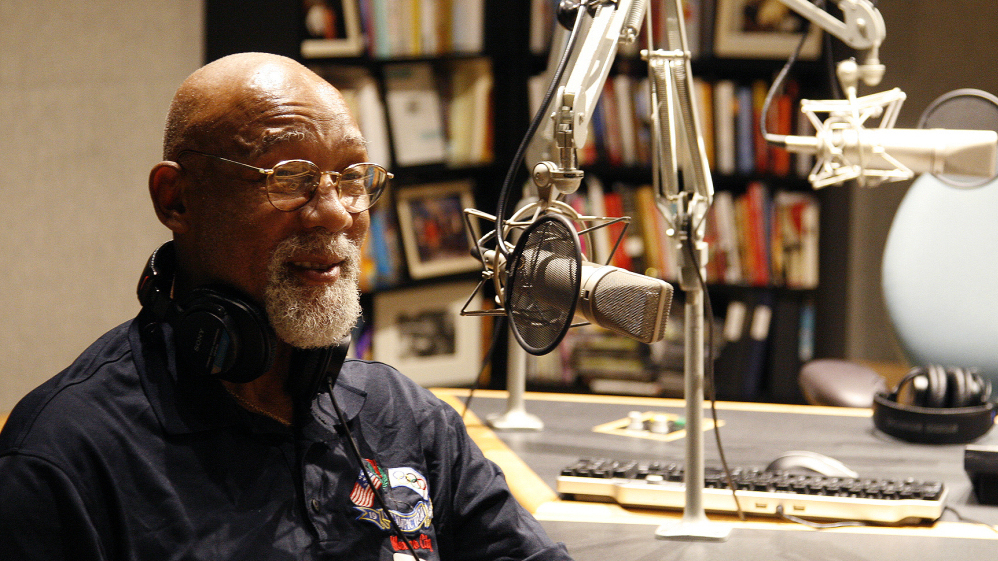 John Carlos is an American hero.

Though he never fought in any wars or received a Presidential Medal of Freedom, he served his country admirably. This is by no means intended to discount or disrespect the sacrifices made by our nation's men and women in uniform, especially today, on the 70th anniversary of the Pearl Harbor attacks. 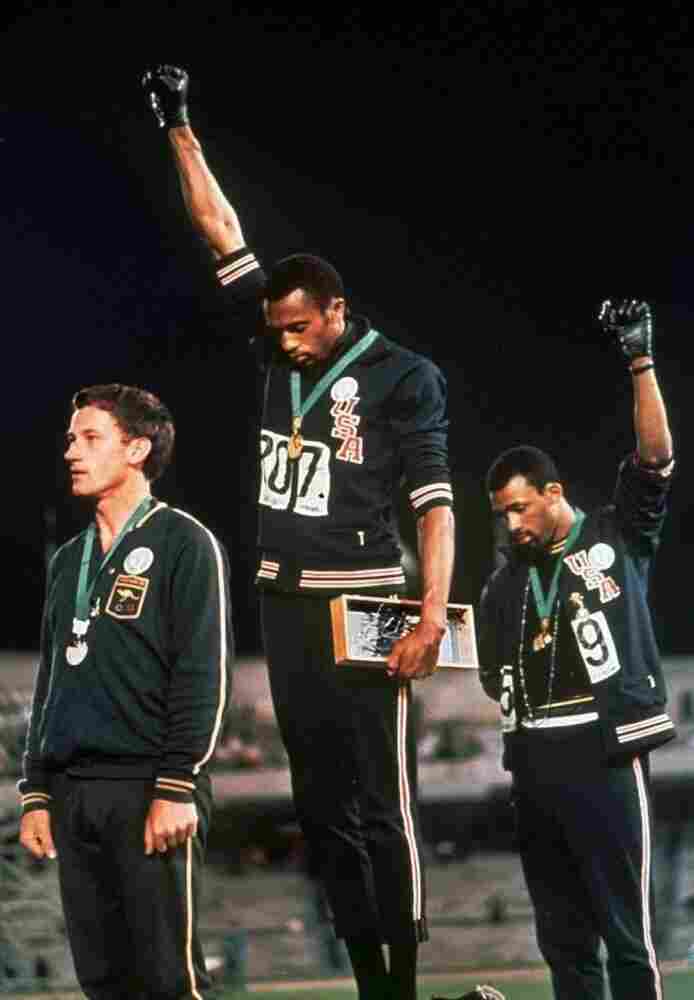 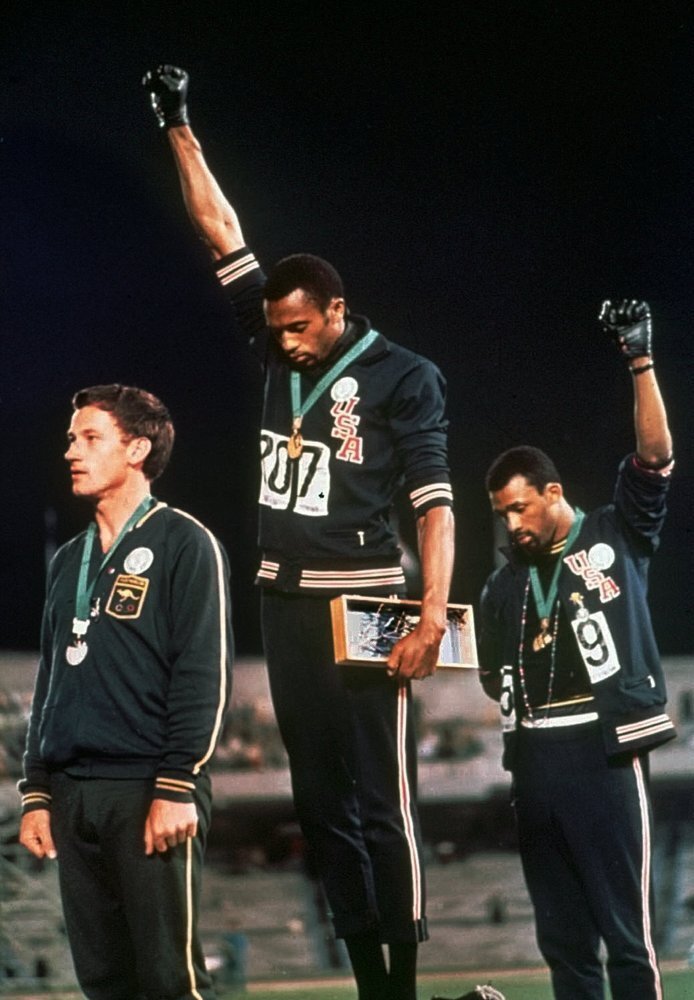 But Carlos, a sprinter who represented the United States in the 1968 Olympics in Mexico City, is a hero for the stand he took at the games. There he raised his fist to protest mistreatment of blacks in America. Undoubtedly, he was unaware of the amount of torment and isolation he would face upon returning home.

There are few moments where sports and politics intertwine. Sports is often seen as an escape from whatever conflict, injustice or social hardship is taking place outside the boundaries of athletic competition. That's what made the infamous salute such a powerful image.

After the 200-meter dash, John Carlos and his teammate Tommie Smith, who won the bronze and gold medals, respectively, stood on the podium. Their heads were tilted downward and they were wearing black gloves. Each thrust a single fist in the air while the "Star Spangled Banner" played.

The gesture was intended to be noble, not negative. It was meant to bring attention to the injustices occurring in the United States, where the civil rights movement was in full swing. The U.S. was in the midst of racial turmoil — a war against a separate and unequal society.

"It was like a soda bottle that had been shook too much and when they raised their fist in the air. It was like someone popped the top on that," said Dave Zirin, who wrote the book with Carlos.

John Carlos paid a steep price for his statement. Both Carlos and Smith were ostracized — they couldn't find work.

The black-gloved gesture was compared to a "Nazi-like salute," Zirin said.

Carlos was under constant surveillance by the FBI. He received countless threats on his life and his home. The pressure and the abandonment by society became too much for his first wife, Kim, who took her own life.

"I reflect when they ask me 'Would I do it again?' You know, my reply to that is that as much as I love my wife, she'd have to take her life again, and again, and again. Because I cannot sacrifice society for one individual's life — mine nor hers," Carlos said.

John Carlos still possesses that same fiery and courageous spirit that challenged the status quo in 1968.

"All I want is to be recognized as being, is John Carlos, the son of Earl Carlos. No more, no less."