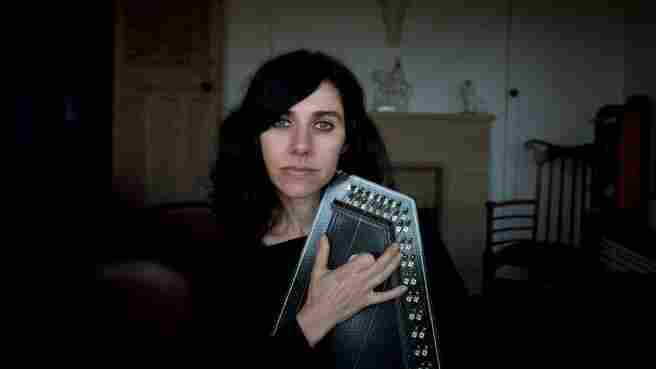 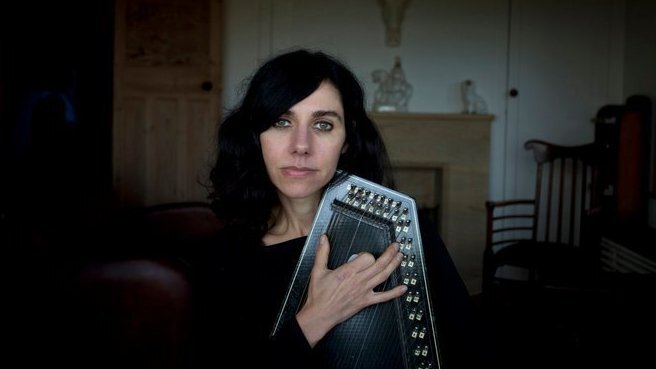 I don't believe that art has to be "about something" to be great art. That said, I happen to believe that all art is about something — whether the artist intends it to be or not. Even a dopey song about going dancing on a Friday night has a subtext: "My culture prizes recreation, but compartmentalizes most of said recreation to certain times of the week, and rewards the resultant delay in gratification by giving me the chance to view young women shaking their moneymakers."

Some of the most memorable recordings of 2011 were not just collections of great songs — although they were that, too. They were also about something. Go ahead, use the term "concept album" if you must, but I'm not sure that applies to all of these. 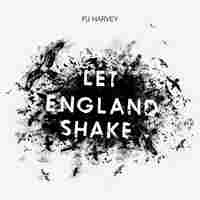 Polly Jean Harvey's album looks at war — both generally (an object lesson in inhumanity) and specifically (the lunacy and loss of the disastrous Gallipoli campaign in Turkey during WWI). Sounds like fun, right? Well, you might be surprised. This album is full of musical references: A marimba echoes the Four Lads song "Istanbul Not Constantinople"; one song has what sounds like a sample of Turkish or Arabic zither music; a line from Eddie Cochran's "Summertime Blues" provides a chance to sneer at the U.N.; there's even a sample of apocalyptic reggae from Niney The Observer. And, of course, the music rocks. She opens by warning that "England's dancing days are done," but the music sways, lilts and pulses. The brilliance of this cycle of songs is that she doesn't rage, but you do — if you've been paying attention. In the bleak and beautiful "On Battleship Hill," PJ Harvey channels a soldier revisiting Gallipoli 80 years later and still feeling the blood and hatred soaked into the soil. "Cruel nature has won again," she sings — and you're left to wonder, whose nature? 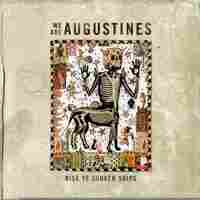 We Are Augustines – Rise, Ye Sunken Ships Courtesy of the artist. hide caption

Brooklyn indie rock with real hooks and singing that comes from the gut. As on the PJ Harvey record, the sound here might belie the somber nature of the story being told: Singer Billy McCarthy's brother James lost a lifelong battle with depression and committed suicide. The two half-brothers' journey through foster homes, addiction, mental illness and institutionalization could make for a wearying tale, but McCarthy's music is cathartic, anthemic and ultimately triumphant. The album is not single-minded; quite a few tracks are just good, catchy rock numbers ("Chapel Song," for example). But much of the album finds Billy singing to James, most poignantly in "Book of James," written after Billy had to drive out to California to collect his brother's ashes and effects, and decided that a single box would not stand as the only record of James' life. Instead of wallowing in grief, the song ends with a nod to the Gospel practice of double-time handclaps — it's music serving perhaps its noblest function: as transport, as elevation. 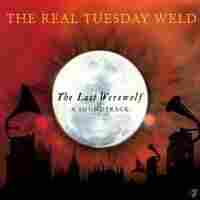 The Real Tuesday Weld – The Last Werewolf Courtesy of the artist. hide caption

The Real Tuesday Weld is the work of London's Stephen Coates, whose albums usually could pass for mid-20th-century radio plays. Full of carefully sketched scenes, complete with sound effects, Coates' best work creates a clear sense of narrative. The Last Werewolf is perhaps his most literary creation — not surprising, considering it was written as a companion piece to the novel of the same name by Glen Duncan (both novel and CD were released on the same day). But, while the story of the werewolf unfolds in a series of suggestive vignettes alternating with full-on songs, the music is adrift in time: Noel Coward meets Aphex Twin while opiated waltzes play in a darkened parlor. Brassy jazz-age horns rub elbows with electronics and distorted guitars. And the hoary conventions of pop songs are turned on their heads — "your love is tearing me apart" has a different meaning when you're singing about a werewolf. "Me and Mr. Wolf" is a winking, irresistible, impeccably produced bit of steampunk pop. 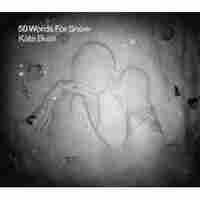 50 Words For Snow Courtesy of the artist. hide caption

One of the most influential women in rock over the past 30 years, English art-rocker Kate Bush has come up with an album of winter songs. Going easy on the electronics and the odd character-voices, Bush builds this set of songs around her piano and some of her most intimate singing. Bush is still a masterful producer, and the atmosphere — frosty but lush — remains consistent throughout. Snow and ice come up, sometimes obliquely, in many of the songs, and are suggested with uncanny clarity by the soundscapes Bush creates. A snowman of uncertain and perhaps variable gender is the subject of one song, while another attempts to find and protect a yeti. Elton John turns in a restrained performance during a love-lost-and-rediscovered duet called "Snowed in at Wheeler Street." It's not an album that immediately reveals itself, and it grows stronger as it moves along. By the time you get to the title track, though, we're in classic Kate Bush territory, as British actor/author Stephen Fry drolly narrates the 50 words for snow while Bush eggs him on with chants of, "Come on, Joe, only 20 more to go."

The coolest band in late-night TV-land shows that it hasn't forgotten its role as a keen observer of urban life and modern politics. Undun follows the tale of Redford Stephens, a young man who has fallen into the drug trade and is either dying or possibly dead as the album opens. We then follow his life in reverse, through songs that speak to a life of restricted choices, and to a social-educational-industrial system that's unhelpful at best and complicit at worst. Yes, it is dark; it's also unflinching, poignant and deeply soulful. Rapper Black Thought is in fine form, while drummer/producer ?uestlove leads the band through unexpected musical terrain — ending with a three-part suite built around the song "Redford" by Sufjan Stevens. (Hence the character's name, Redford Stephens.) Multiple guests may come and go, but this is the band's record; it's hip-hop as a live music-making event, not a collection of samples and guest turns. And "Kool On," a momentary reprieve from the sad arc of the narrative, showcases the band at its effervescent best.