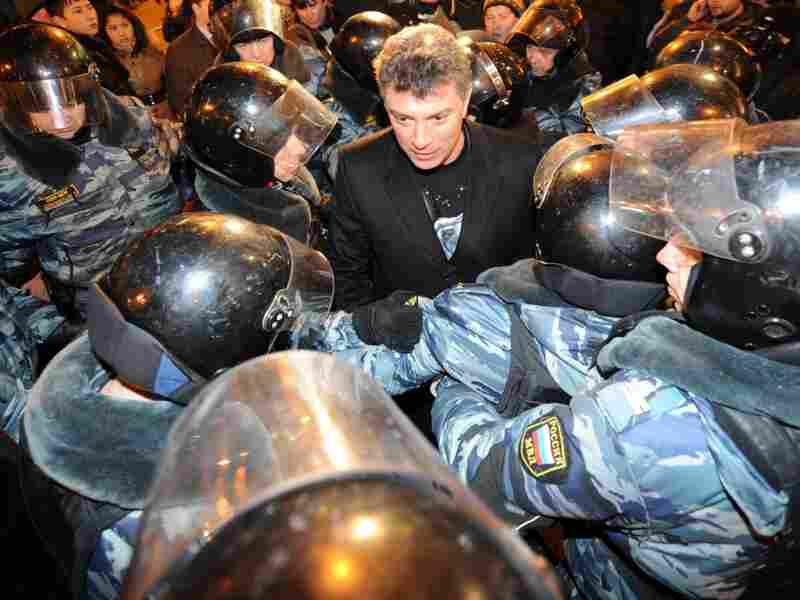 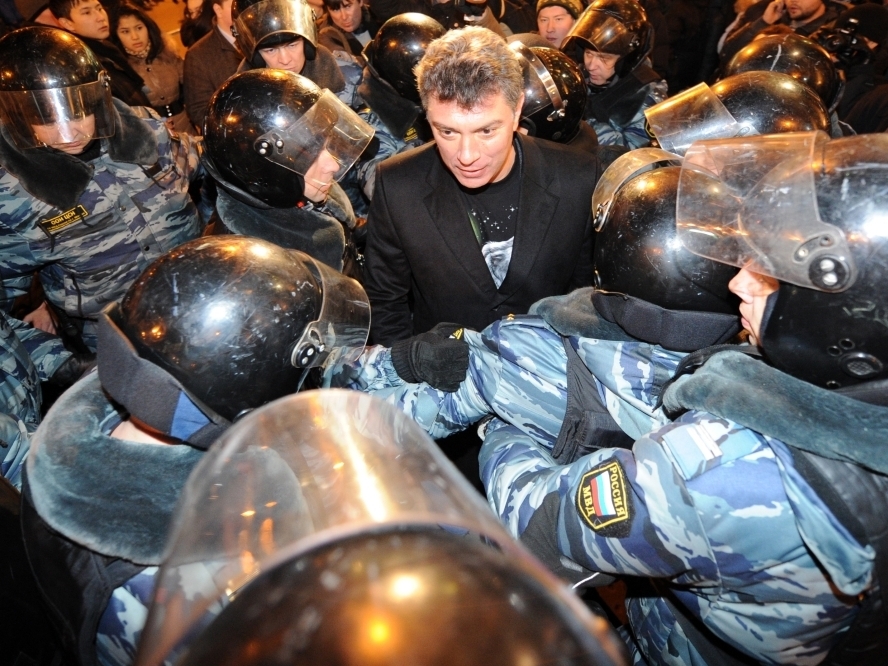 Read Another Opinion On The Russian Elections

David Kramer is president of Freedom House in Washington, D.C. and a former assistant secretary of state for democracy, human rights, and labor in the George W. Bush administration.

Secretary of State Hillary Clinton's clear and repeated condemnation of the Kremlin's efforts to rig Sunday's Duma elections was refreshing to hear. Her comments were invigorating to civil society activists with whom I met at a gathering in Vilnius, Lithuania earlier this week — and not just those from Russia but those from elsewhere in Eurasia. In the clearest, strongest language uttered by a Cabinet-level Obama administration official to date, Clinton unambiguously stood with those who protested against Vladimir Putin and his party of power, United Russia, both in the voting booth and on the streets of Moscow on Monday and Tuesday.

Her remarks are worth reprising here: "We have serious concerns about the conduct of those elections," Clinton said in her speech before the Ministerial meeting of the Organization for Security and Cooperation (OSCE) in Europe in Vilnius. "Independent political parties, such as PARNAS, were denied the right to register. And the preliminary report by the OSCE cites election day attempts to stuff ballot boxes, manipulate voter lists, and other troubling practices.

"We're also concerned by reports that independent Russian election observers, including the nationwide Golos network, were harassed and had cyber attacks on their websites, which is completely contrary to what should be the protected rights of people to observe elections, participate in them, and disseminate information," Clinton added. "We commend those Russian citizens who participated constructively in the electoral process. And Russian voters deserve a full investigation of electoral fraud and manipulation ... The Russian people, like people everywhere, deserve the right to have their voices heard and their votes counted. And that means they deserve fair, free, transparent elections and leaders who are accountable to them."

Not surprisingly, the Russian Ministry of Foreign Affairs (MFA) had a different take on her remarks, describing them as "unacceptable." It went on to say: "With regret we are compelled to establish that in Washington, some long-exhausted stereotypes persist, and they continue to hang labels (on Russia), without even trying to figure out what is really going on in our electoral field," according to the MFA's statement on Dec. 6. "We consider that in future the American side will refrain from unfriendly attacks that run contrary to the general positive trend of development in bilateral relations," the statement continued.

The manipulation of elections by Putin and his clique is not new, but the extent and desperate quality this time around stooped to new lows. The opposition People's Freedom Party, which was denied registration to participate in the elections, described the campaign and voting day on Sunday as "neither free nor fair" and added that the "results are not credible." The OSCE's preliminary analysis of Sunday's election described the playing field as "slanted" and noted that the election itself was marred by "the convergence of the state and the governing party," countless "instances of apparent manipulation," and "ballot box stuffing" on vote day, its statement said.

What is perhaps most striking is that despite the Kremlin's efforts — rampant harassment of opposition and civil society groups, cyber attacks on liberal platforms like Live Journal and the independent election monitoring organization Golos, and pervasive fraud and ballot stuffing — the ruling United Russia party still couldn't muster 50 percent of the vote. By comparison, it managed to secure 64 percent support in the 2007 Duma elections.

Between 2007 and today, the level of frustration among Russians has reached its highest levels — and concomitantly United Russia's and Putin/Medvedev's polling has hit new lows. A growing number of Russians talk about emigrating from the country, fed up with their political stagnation and never-ending corruption. Many more voiced their unhappiness Sunday, going to the polls and voting for any party but United Russia. Putin's anticipated return to the Russian presidency has been unable to reverse the declining support for his party. Instead, the Russian people sent a clear repudiation to Putin and United Russia — and importantly, Clinton stood on their side.

Indeed, Clinton's statements were an important boost to those fighting for democracy and human rights in Russia — those pressing for the ability to exercise their fundamental rights, establishment of the rule of law, and a level playing field on which to compete.