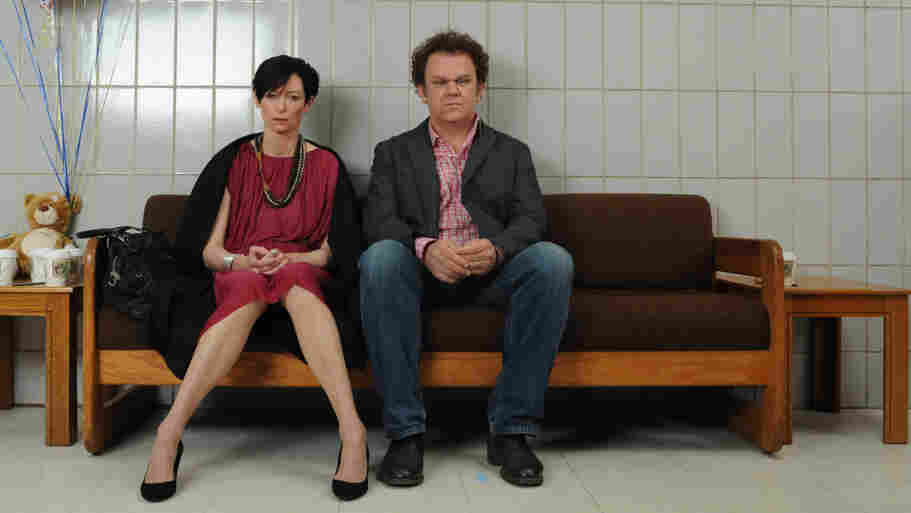 Scenes From A Marriage: Eva (Tilda Swinton) has trouble convincing her husband, Franklin (John C. Reilly), that their son may be dangerously disturbed — until it's too late. Oscilloscope Pictures hide caption

We Need To
Talk About Kevin

Rated R for disturbing violence and behavior, some sexuality and language

Forget Kevin, we need to talk about his mom. As played by Tilda Swinton in We Need to Talk About Kevin, free-spirited travel writer Eva has been just barely holding it together since the moment her colicky son was born. He cries so much as an infant that in desperation, Eva takes him for walks near construction sites, where the sound of jackhammers provides a few seconds' respite from the sound of his shrieking.

From 'We Need To Talk About Kevin' - 'Teenage Depression'

From 'We Need To Talk About Kevin' - 'A Lifeless Child'

As Kevin grows up, he stops crying and starts doing other things, mostly unpleasant, often directed at his mother. But he's preternaturally cagey, and no one else, including her husband (John C. Reilly), understands why Eva has such a problem with him. By the time Kevin's in his teens (played by unnervingly angular Ezra Miller), she's actively frightened of him, especially when household accidents begin endangering his younger sister.

Though the film leaps around in time, you're never in doubt that Kevin will turn out to be a sociopath. The clues aren't subtle — grieving parents scream at and even slug Eva, kids splatter red paint on her house and car. You'll wonder about the whats and whys, but We Need to Talk About Kevin is less a horror story about a malicious kid than a study of his mom's increasing panic that it might be her less-than-motherly feelings toward him that have turned him monstrous. 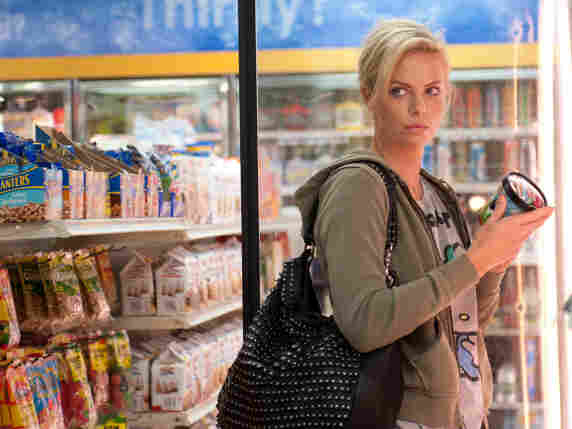 The angsty Mavis (Charlize Theron), a teen-fiction writer, plots to save her high-school beau from what she believes is a too-mundane married life in Young Adult. Phillip V. Caruso/Paramount Pictures hide caption 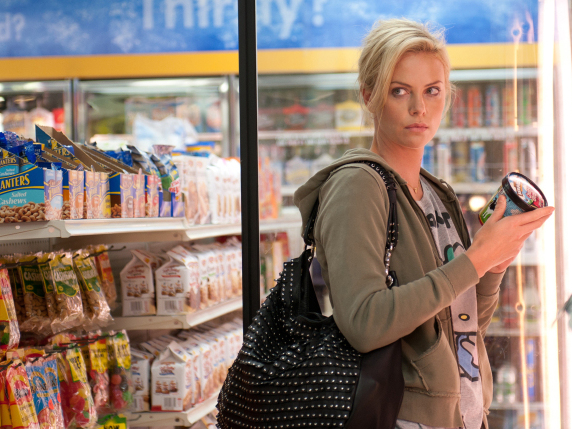 The angsty Mavis (Charlize Theron), a teen-fiction writer, plots to save her high-school beau from what she believes is a too-mundane married life in Young Adult.

You'd get the point without all the pointing. But the film's bluntness doesn't diminish the power of the nature-versus-nurture questions Eva's asking herself. Or of Swinton's harrowing portrait of parental guilt.

Guilt may be the one thing not felt by Charlize Theron's home-wrecking Mavis in the comedy Young Adult. A former prom queen who — at 37 — makes her living writing teen fiction, Mavis seems to think she can actually live the sort of win-my-high-school-boyfriend-back storyline she might write for one of her characters.

From 'Young Adult' - 'The Character Bible'

Mavis' peers may have graduated to jobs and marriage, but she still sees the world in terms of cliques and boyfriends. A birth announcement from a former flame has prompted a return to her hometown from the big city — and some ill-advised fantasizing. Though Buddy (Patrick Wilson) is happily married, she decides he needs rescuing from domestic bliss and cruises into his life in glam overdrive, dressed to the nines as she meets him in down-home bars and chicken joints.

Charlize Theron won her Oscar for Monster, a far darker character study than this film, and screenwriter Diablo Cody won hers for Juno, a much sunnier comedy. So it makes sense that Young Adult feels at times like a mashup of styles and genres — part curdled rom-com, part psycho-prom-queen flick, with a little Revenge of the Nerds thrown in.

The nerdiness comes courtesy of Patton Oswalt as a onetime bullying victim — "You're the hate-crime kid," blurts Mavis when he jogs her memory in a bar — for whom she had no time in school, but with whom she now has much in common: Neither of them has remotely grown up.

In a less acid romp, Mavis would learn life lessons in the final reel, but director Jason Reitman makes it a point not to let her off the hook. The big-city life she's carved out for herself may look glamorous to the small-town folks she's slumming with, but she's miserable, her expensive condo a pigsty, her career a joke, her social and romantic prospects nonexistent. And all of it is her fault. She's arrived at what ought to be maturity, as ugly on the inside as she is gorgeous on the outside.

She is also — and this is what makes Young Adult catch you up short — hauntingly alone at a point in life when she didn't expect to be. You could also say that about Tilda Swinton's Eva in We Need to Talk About Kevin. The films could hardly be more different — one tragic, the other comic — but at center, they're both about the same modern malady: the life that hasn't turned out as planned.