Accessibility links
Ron Paul's Young Fans Flock To Him In Iowa The Texas congressman, enjoying second or third place among Republican presidential hopefuls in Iowa with about 18 percent support, held a rally at Iowa State University on Thursday night. Why does the 76-year-old have such a strong following among college kids?

Listen
Ron Paul's Young Fans Flock To Him In Iowa 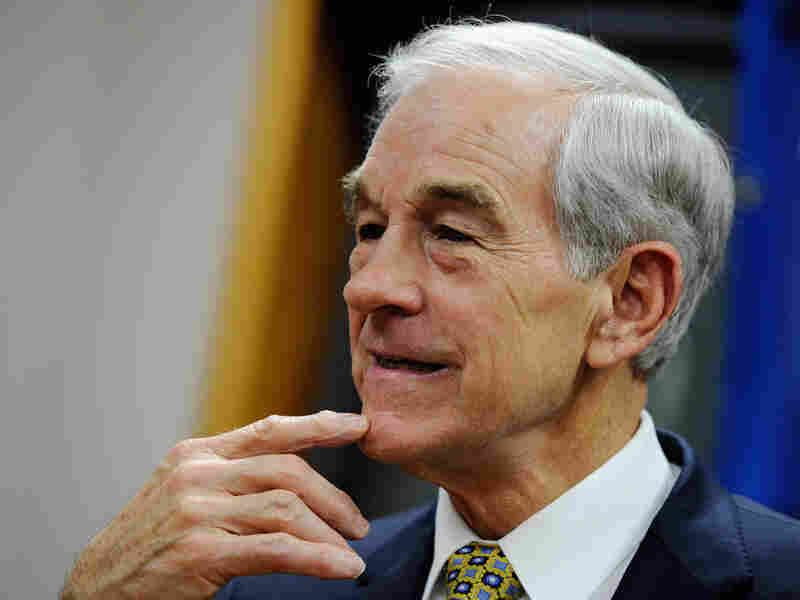 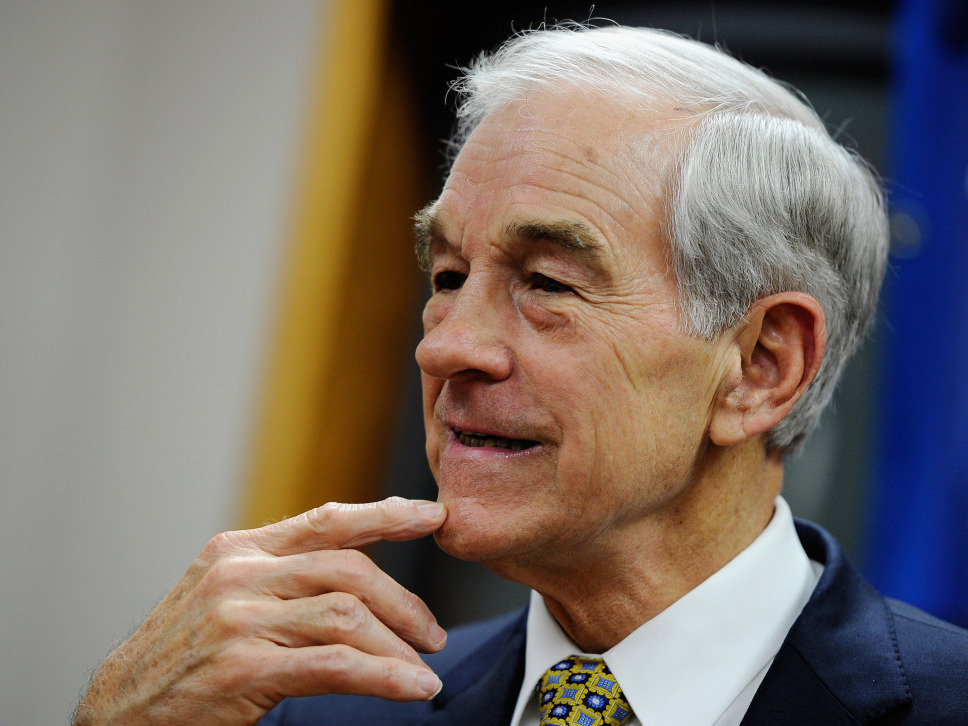 Republican presidential candidate Ron Paul spoke at a town hall meeting at the Ericson Public Library in Boone, Iowa, on Thursday before a university rally.

At first glance, it's not easy to figure why Ron Paul is so popular with young people. At 76, he's old enough to be their grandfather, something he alluded to at a packed rally at Iowa State University in Ames on Thursday night.

"I understand this is a busy week. Some of you are involved with studying, so this was a chance not to have to study for a couple hours right? But I have a lot of children, a lot of grandchildren, but I'm always advising them: Study hard, get your courses down," Paul told the crowd.

Several hundred young people, mostly students, packed the Great Hall of Iowa State's Union building. Many wore flannel shirts and knit caps on a cold snowy night. They listened intently as Paul, standing behind a lectern, touched on some of his more esoteric views, on Austrian economists and returning to the gold standard. But they responded with enthusiasm when he got to issues they could relate to, like the threat he says is posed by the Patriot Act.

Paul also struck a chord when he called for a sensible foreign policy, one that does not feature thousands of American troops fighting and based overseas.

"That's one of my major goals, is to get back to a sensible foreign policy and say a foreign policy ought to be for giving us a strong national defense — mind our own business and start bringing all our troops home from around the world," Paul said.

Of course, Paul also got applause when he said the war on drugs had been a detriment to personal liberty, and that people should be allowed to buy and drink raw milk and to grow hemp.

After the speech, dozens of students stood in a long line to have their pictures taken with Paul. The photos would later be posted on the Ron Paul Facebook page.

Newly graduated engineer Lyle Whitmer wore a Ron Paul button and said he was supporting Paul because of his views on monetary policy.

"I want to have the same opportunities that my parents did when they were my age, getting started with a new job. And when you devalue the currency like the current Federal Reserve system does, I'm not going to have that same opportunity. I'm looking to maintain the country as we grew up," Whitmer said.

Emily Highnam, a senior from Cedar Falls, said she wasn't sure she would support Paul, but was curious to hear what he had to say, and understood his appeal to so many students.

The Jan. 3 caucuses come in the middle of winter break at Iowa State and most other colleges. Still, there were tables for students to sign up, and organizers urged them to think about spending their Christmas vacation with Ron Paul.