Accessibility links
Climate Strategists: Focus On Forests To Cut Emissions The basic idea is to have rich countries that emit lots of climate-warming gases pay poorer countries to keep their forests, or even expand them. That's because forests suck carbon from the atmosphere. But there's not yet a global system to make a plan like this work. 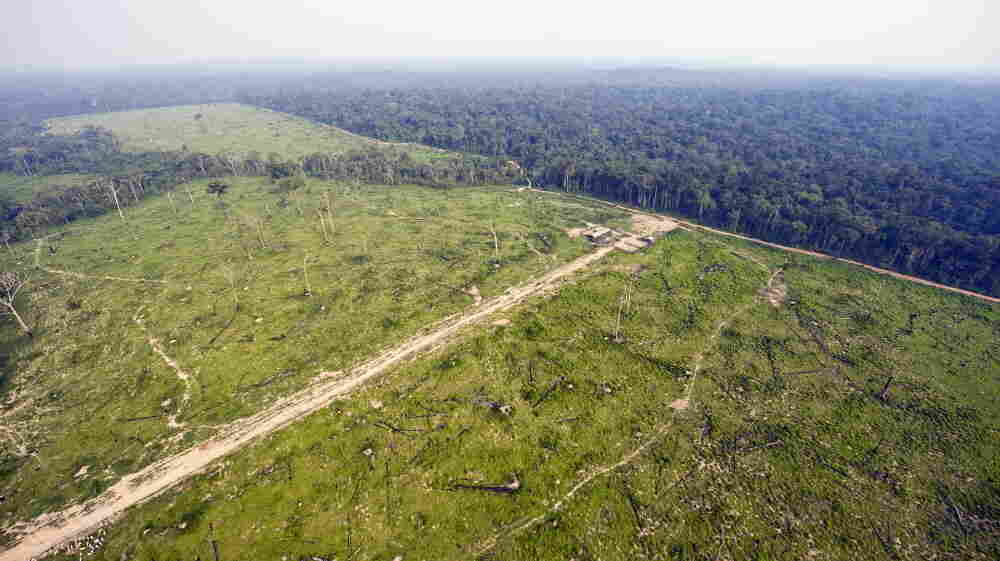 The world's forests act as massive sponges, sucking carbon from the atmosphere. Above, an aerial photo from 2009 shows massive deforestation in the Brazilian state of Para. Antonio Scorza/AFP/Getty Images hide caption

Some climate strategists are looking beyond the United Nations and the idea of remaking the energy economy — and toward the world's tropical forests.

The basic idea is to provide rich countries that emit lots of climate-warming gases another way to reduce their carbon footprint besides replacing or retrofitting factories and power plants. Instead, they could just pay poorer countries to keep their forests, or even expand them. Forests suck carbon out of the atmosphere. It's like paying someone to put carbon in a storehouse.

This is called REDD, for short: Reduced Emissions from Deforestation and Forest Degradation.

A Global Look At Climate Change

Hans Brasker, foreign minister of Norway, thinks it's a great idea, and not just to slow warming.

"We very strongly believe that we will have established a genuine global partnership to save the treasures of the remaining tropical forest," he told the delegates at the South African climate talks. Norway is spending about $3 billion to make REDD happen.

But skeptics question whether forest storehouses are safe. What's to stop people from cutting them down someday and releasing all that carbon back into the atmosphere? What about indigenous people who live in forests? Will they lose their homes if the woods are turned into carbon "plantations"?

At the climate talks, some skeptics mocked the idea of REDD. Simone Lovera from the Global Forest Coalition announced the "muddled moose" award at a press conference, explaining that it's meant to alert people to "the big fairy tales that are being told about REDD."

But REDD's backers say it offers something for rich and poor countries alike. And some are not waiting for the United Nations to decide on a final REDD process.

Brunello wants California, where he once advised the governor on climate issues, to partner with states in other countries on REDD projects. Even though the U.S. does not limit greenhouse gases, California will, starting in 2013. "The fundamental issue is to give a signal to the rest of the world that it's possible," Brunello says, "and also a stamp of approval from California, and that people should invest in it." 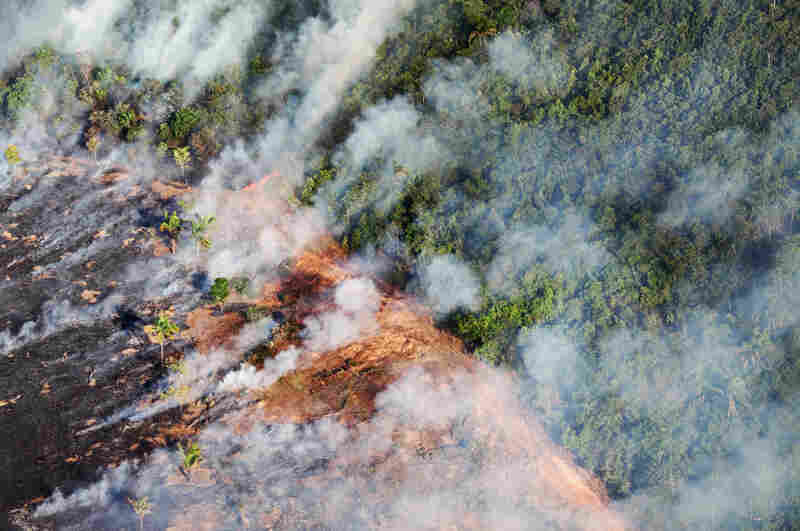 Deforestation and forest fires are responsible for 75 percent of the carbon dioxide emissions in Brazil. Above, smoke from a fire on livestock pastures in Brazil's Mato Grosso state breaks into the forest, September 2009. Rodrigo Baleia/LatinContent/Getty Images hide caption 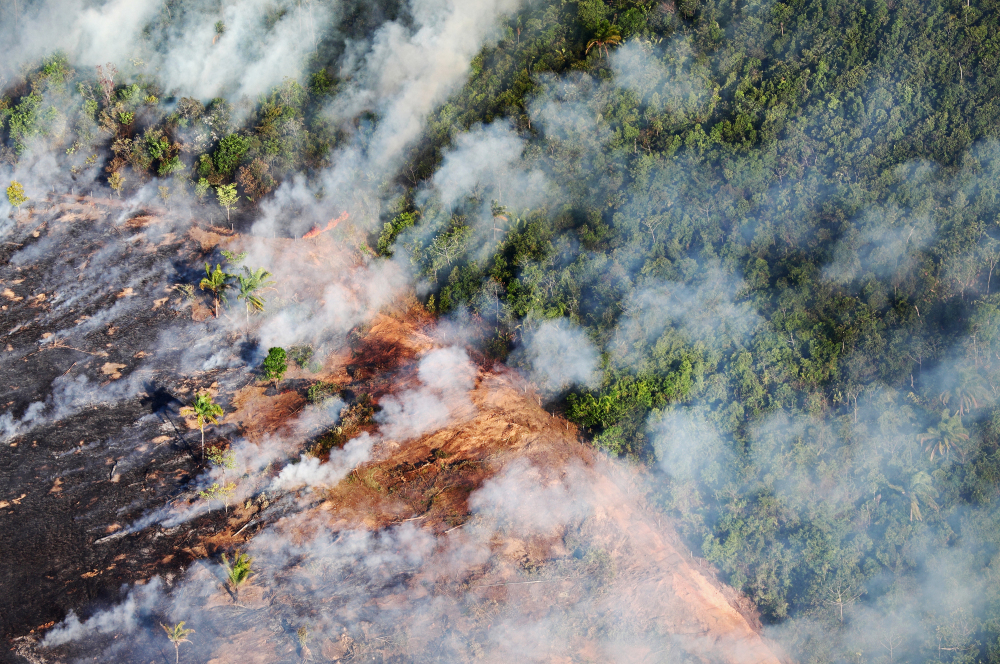 Deforestation and forest fires are responsible for 75 percent of the carbon dioxide emissions in Brazil. Above, smoke from a fire on livestock pastures in Brazil's Mato Grosso state breaks into the forest, September 2009.

California businesses will need to buy so-called carbon offsets — paying someone, somewhere, to remove carbon from the atmosphere because it's cheaper than the businesses doing it themselves. Brunello's group will match those businesses with states like Acre in Brazil and Chiapas in Mexico. Those places have lots of forest they can preserve, for a price. But so far there are no rules.

"How does a company in California — a Pacific Gas and Electric, a Southern California Edison — how would they legally go and talk with the people in one of our states in Acre in Brazil and do a carbon offset trade?" Brunello asks.

California officials are open to the idea, but cautious. "We don't have the resources ourselves to, you know, take over the forest management of those parts of the world," says Mary Nichols, who runs the state's climate program at the Air Resources Board.

And carbon banks will need to be managed. For example, you'll need to measure exactly how much carbon is stored in a forest, because companies will be paying for it by the ton. Then how do you safeguard your investment? The Amazon is a carpet of green about two-thirds the size of the continental U.S.

Environmental scientist Greg Asner at Stanford University thinks he's got a solution: LIDAR, a special laser carried on an airplane.

"That laser is able to pick up the three-dimensional structure of the canopy, all the way down to the ground," says Asner, "and all the layers in between, from the top down to the bottom. It's like a virtual world. You can find the species you're interested in, you can understand its carbon, you can understand how tall the trees are, how many branches they have."

Asner, who works with the Offset Group, has flown his device over some of the most remote parts of the Amazon. He says he can tell how healthy a forest is, how diverse, even what kind of animals live there.

The offset working group is crafting rules and technical specs for REDD projects. Acre and Chiapas have already passed measures to pave the way. The team figures if it works for California, they can take it on the road, with or without an international treaty.