Accessibility links
Just What Do The Rich Have That's Taxable? The top income tax bracket in America is 35 percent, but the rich often make their money in ways the IRS doesn't classify as taxable income. That makes it hard to gauge the true income gap in America — and hard to tell exactly how much tax the rich are really paying. 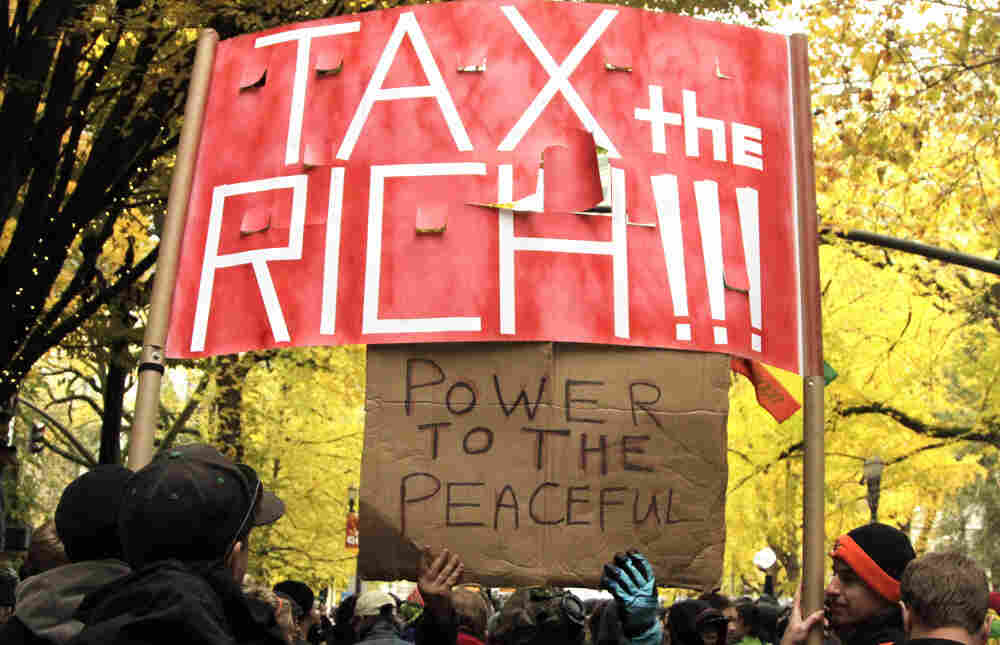 Protesters fill the street and carry signs across from the Occupy Portland camp in Portland, Ore., holding a sign that demands "Tax the rich!" Don Ryan/AP hide caption 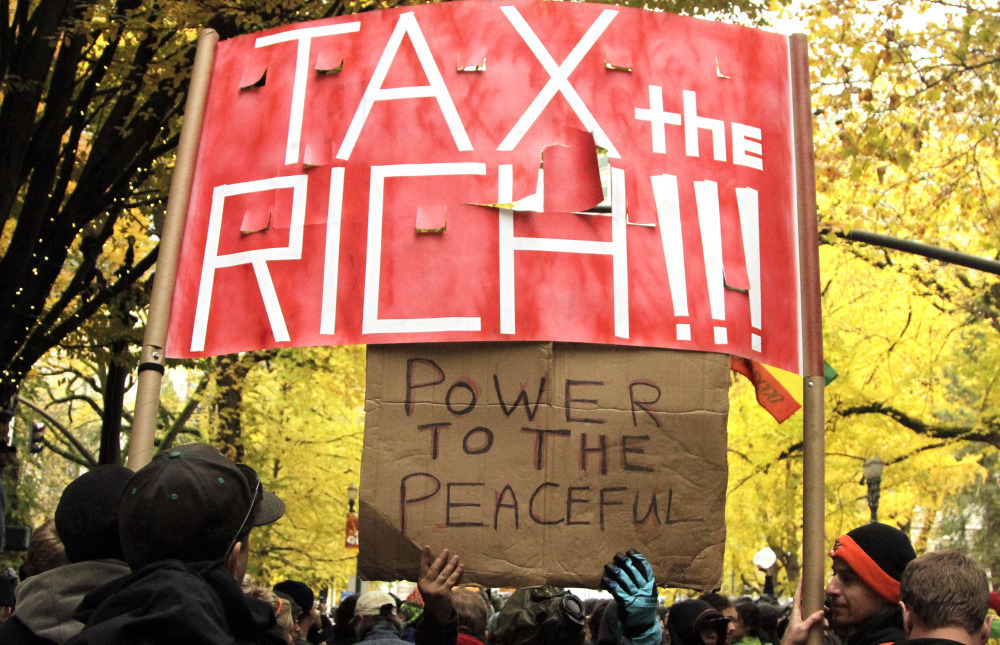 Protesters fill the street and carry signs across from the Occupy Portland camp in Portland, Ore., holding a sign that demands "Tax the rich!"

In a lot of ways, Nick Hanauer is just like many Americans. He lives in Seattle with his wife and two children, and he grew up working in the family business, manufacturing pillows and comforters.

But recently, Hanauer wrote an opinion piece for Bloomberg News that was a plea to the government: "Please tax me more."

These days, Hanauer is a venture capitalist who was one of the first big investors in Amazon. He's not quite a billionaire, but not that far off, either, and he insists his plea is all about self-interest.

"I reject the idea that I am advocating higher taxes for myself and other wealthy people because I'm a good person or because I love you," Hanauer tells weekends on All Things Considered host Guy Raz. "Let me just be very clear: I do not love you. I value you as a potential customer, and we have rigged the economic system in a way to destroy my customer base."

The top income tax rate in America is 35 percent. If you earn $380,000 or more a year, that is, in theory, what you pay in federal income taxes. Many taxpayers in this category do, in fact, pay that rate, but some do not.

The richest of us, billionaires, derive the bulk of their wealth from stock appreciation. Their income strategies often reap hundreds of millions of dollars from those valuable shares in ways the IRS doesn't always classify as taxable income.

No Income, No Income Tax

Bloomberg reporter Jesse Drucker recently found out that, for the most part, the richest people in America pay nothing close to 35 percent.

"Larry Paige or [Sergey] Brin at Google, these are men who are extremely wealthy," Drucker says. "They get salaries of a dollar a year."

I value you as a potential customer, and we have rigged the economic system in a way to destroy my customer base.

That's because the wealthiest Americans make their money from money; from stocks and investments. And from a tax perspective there are huge advantages to that.

A wage is taxed automatically, but capital gains from stocks are only taxed when you cash them in. So Drucker found that many of the so-called super rich don't sell their investments at all. To buy cars and houses and groceries and clothes, they borrow money — often at very low rates.

Since 2003, the richest investors have been able to do even more, thanks to a rule change from the IRS. To avoid paying taxes, wealthy clients can make deals with investment banks for something called a variable prepaid forward contract.

"It basically [says]: 'I agree to give you my stock at a certain point in the future in exchange for cash now,'" Drucker says.

Drucker says the IRS doesn't necessarily consider that a sale of stocks, even though the bank may pay that investor hundreds of millions of dollars to temporarily own his shares. It allows the investor to avoid paying capital gains taxes, which right now are 15 percent.

A couple of years ago, a billionaire investor named Billy Joe "Red" McCombs made one of these deals. It made him $259 million, but because it wasn't officially a sale, he didn't report that $259 million as income and it never showed up on a tax return, Drucker says.

"Very wealthy people are pretty regularly figuring out ways to cash out appreciated shares and appreciated real estate in ways that do not show up on tax returns," he says. "And the result of that is that the 17 percent rate that we hear often cited by Warren Buffett ... is probably much too high. In reality there are many folks paying effective tax rates that are much lower."

Venture capitalist Nick Hanauer, who makes about an eight-figure income annually, says his tax rate this year was about 11 percent. Most Americans think that the tax rate on the very wealthy is 35 percent, but Hanauer says this is absolutely not true.

"If you're a small business person earning $350,000 a year, your tax rate is 35 percent," he says, "but if you're a hedge fund guy or an incredibly rich person ... all of your income is from capital gains or dividends or tax-free municipal bonds – these things are taxed at much lower rates."

Hanauer invests in companies that hire people, so he is someone who might be called a job creator. Some economists and most Republican lawmakers argue that if you increase taxes on these people the result would be devastating for the economy. 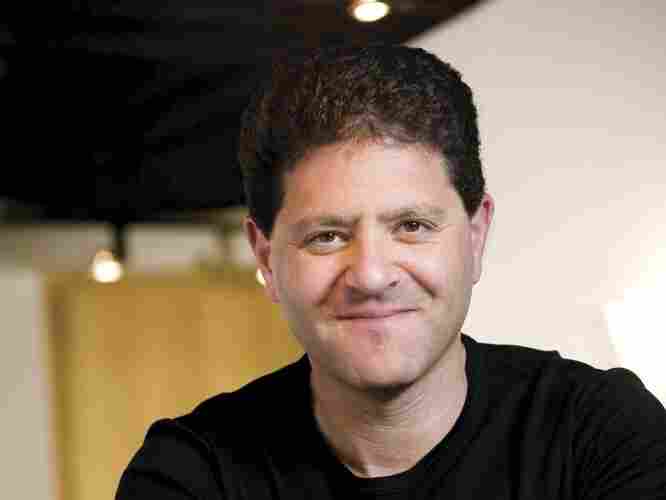 Venture capitalist Nick Hanauer says he and other wealthy Americans should pay their fair share in order to give the middle class tax relief. Hanauer is also the author of The Gardens Of Democracy. Second Avenue Partners hide caption 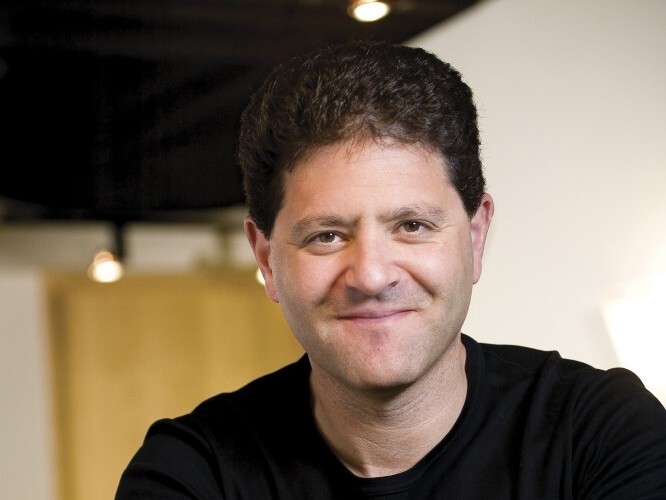 Venture capitalist Nick Hanauer says he and other wealthy Americans should pay their fair share in order to give the middle class tax relief. Hanauer is also the author of The Gardens Of Democracy.

But Hanauer says the economy is like an ecosystem and that its lifeblood is the spending power of the middle class, not people like him. He says business people spend their time fundamentally on two things: creating sales and cost containment. Or, as he puts it, "how to not create jobs."

"The fewer jobs you can create, for the revenue you create, the more profit you make," Hanauer says. "The only time that businesses create jobs is when middle-class consumers essentially put a gun to our heads, in the form of orders for products that we can't make ourselves, and then we hire people and create jobs."

His basic argument is to make the wealthiest Americans pay their fair share in order to give the middle class some tax relief. So what's a fair share?

Douglas Holtz-Eakin, a conservative economist and former director of the Congressional Budget Office under President George W. Bush, says that fairness is in the eye of the beholder.

The top 5 percent of income earners pay roughly 60 percent of income taxes, Holtz-Eakin says. In the end, he says, taxing is not a way to make any economy stronger — it's a necessary cost of having government services.

"We have to distribute the tax burden in some fair way to pay for it," he says. "So I think it's misleading to say we're going to use the tax policy to somehow make the economy grow better. It's actually a price, not a benefit."

Letting the Bush-era tax cuts expire across the board, as some have suggested, would have a strong negative impact, Holtz-Eakin says. Even the Obama administration's suggestion, of letting tax cuts expire only on the higher end of the income scale, wouldn't solve the problem. He says that if we want to raise money from the wealthy, we have to ask how we're going to raise it.

"The least effective way to raise it is to raise marginal tax rates," he says. "Let's do tax reform; that's what the Bowles-Simpson commission said [and] that's what all the fiscal commissions have said. If you want more revenue, you have to talk tax reform, because how you get it from the rich matters."

Perhaps what matters most is how you define income. Your wage is easy, everything else is more complicated. And Bloomberg's Drucker says that complication creates an inaccurate picture of income equality.

"The top 1 percent controls something like 34, 35 percent of the net worth or net wealth in this country, but topped out at about 20 percent of the income," he says. "So that shows you right there that the income inequality that we're talking based on tax return data from the IRS isn't really giving a full indication of the real level of inequality."

Hanauer, who's also written a book about taxes and income distribution called The Gardens of Democracy, says the system, as it is set up now, is actually bad for the economy. It's simply widening the gap between the richest and the middle class, he says.

"If Jeff Bezos and I had started Amazon in a poverty-stricken corner of Africa, there would have been no job creation, because there would be no people to buy the stuff from Amazon," he says. "The difference here is the American middle class, which is by every measure the most extraordinary economic achievement in the history of the world — and there is only one of those."

It is that American middle class that Hanauer calls "incredibly precious," not just for the American economy, but for the world's economy.