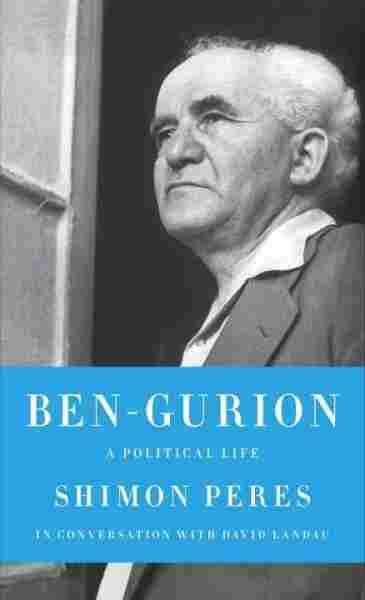 by Shimon Peres and David Landau

Shimon Peres, the Nobel Peace laureate and President of Israel, was just 23 years old when he became a trusted aid to his country's founding prime minister, David Ben-Gurion.

He's not sure why Ben-Gurion put so much faith in someone so young. "Maybe he was wrong, maybe it was a mistake," Peres tells weekends on All Things Considered host Guy Raz.

Ben-Gurion defended his choice, saying "When Shimon enters the room, I know three things: A, he will not ask anything for himself, secondly, that he will not smear anybody else, and thirdly, he has apparently a new idea."

In Ben-Gurion: A Political Life, Peres returns the admiration. The book collects two years' worth of conversations between Peres and writer David Landau about Israel's founding father.

Ben-Gurion was committed from the start to creating an Israeli state, Peres says, but he was willing to compromise to reach his goal. One of the most critical decisions Ben-Gurion made was his acceptance of partition and the concept of two states. Many people were unhappy with the division of the land.

But Ben-Gurion stood strong when people accused him of dividing the land and settling for too little. "I think to create a state is the most important and urgent story," he told them.

And it was an urgent time. Jewish refugees were searching desperately for a safe place to live after the horror of the Holocaust.

"He was a leader of the people that were dispersed," Peres says. "He was heading a war without an army. Look around. There are not many people like him."

A Man Of His Word

Ben-Gurion could be prickly with people he cared about, but Peres says he was always honest. "He was a man of his word. If he said something, you can hang on it with blind eyes, you don't have to worry."

The one thing Ben-Gurion couldn't stand, was dishonesty. "With Ben-Gurion, if you lie once, it's the end of your career," Peres says.

Taking risks, however, was a different story. "If you dare and if you fail, that is okay. Daring is permitted; lying is not accepted," Peres says. 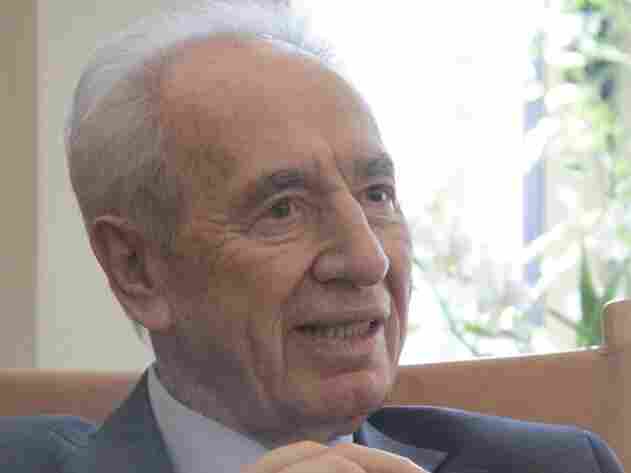 Shimon Peres is Israel's ninth president. He has previously written For the Future of Israel, The Imaginary Voyage: With Theodor Herzl in Israel and Battling for Peace: A Memoir. Jossef Avi-Yair Engel/Schocken hide caption 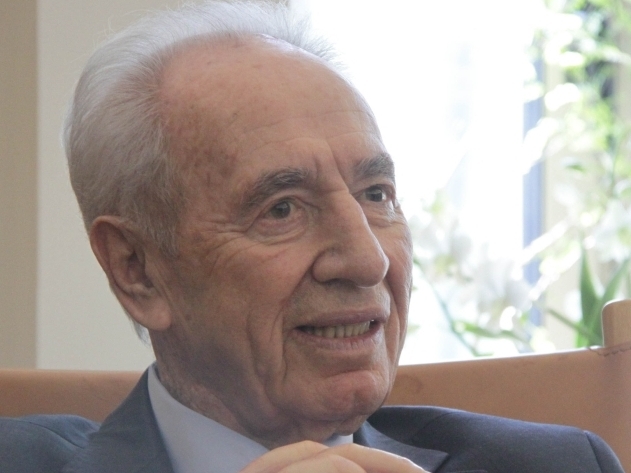 Shimon Peres is Israel's ninth president. He has previously written For the Future of Israel, The Imaginary Voyage: With Theodor Herzl in Israel and Battling for Peace: A Memoir.

When Ben-Gurion was alive, he talked about Israel being a "light unto nations." Today, his country faces increasing diplomatic isolation.

"We are being criticized politically, I know, and I hope we shall achieve peace with the Palestinians," Peres says. "But look at the achievement ... we are the only democracy in the Middle East. It is very hard to be a democracy in an undemocratic region."

Peres also takes pride in the agricultural and economic success of Israel, turning a piece of land that 70 years ago was mostly desert into an agricultural powerhouse. "From that side, you may see it a little bit different," he says.

If Ben-Gurion were around today, Peres says, he would probably hope to see his country move forward in two directions: "to be as old and as small as the 10 commandments, and to be as daring and modern as the science of today."