Accessibility links
Robin Thicke: Heart And Soul In 'Love After War' Thicke says many of the songs on his new album were inspired by his wife, actress Paula Patton. 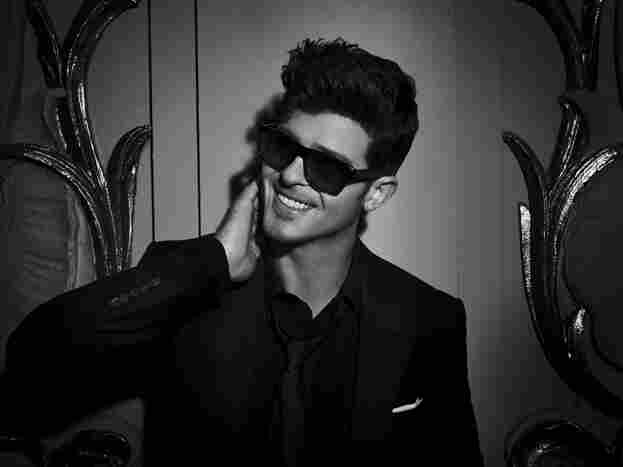 Robin Thicke says many of the songs on Love After War were inspired by his wife, actress Paula Patton. Anthony Mandler hide caption 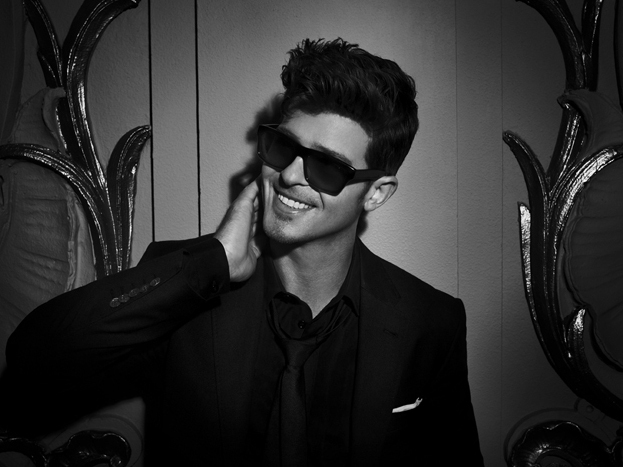 Robin Thicke says many of the songs on Love After War were inspired by his wife, actress Paula Patton.

An Angel on Each Arm

I Don't Know How It Feels to Be U

Discovered by Brian McKnight, the singer-songwriter got a record deal at 16, and got his start writing and producing songs for artists like Brandy and Christina Aguilera. Since embarking on his solo career in 2003, Thicke has released five albums, the latest of which is titled Love After War.

With his own music, Thicke says he has a love/hate relationship typical of Pisces — "two fish going in opposite directions all the time." He jokingly says he likes "to treat my music like a bastard child."

Thicke says he doesn't consider himself R&B, but more of a soul singer. To him, modern R&B is "more 'Drop It Like It's Hot' — [there's] no vulnerability in R&B anymore." After a 16-year relationship with actress Paula Patton, he says that's the problem.

"I don't think that most of these guys have a female relationship, maybe besides their mom," Thicke says. "They don't have a partner like I do, so my songs reflect my consistent need for my lovely wife, you know?"

Thicke isn't afraid to talk about his race in his music, on stage and in his personal life.

"I think it's just because that was the music I related to," Thicke says. "And then, when I met my lady, she was president of the black student union in school. She taught me compassion and righteousness, and she taught me all these hidden things that were going on in America that most white people wouldn't be able to understand unless they had a relationship and conversations about it with a black person who's having the black experience in America. And her father was a Mississippi sharecropper, you know? So the respect for the journey, I think, is just inevitable, because she's my heart and soul. I live as much in her shoes as I possibly can."

In an interview with NPR's Audie Cornish, Thicke also talks about the Huffington Post article penned by his father, the actor Alan Thicke, about being "the son of a White Canadian Sitcom Dad, aka 'Street Cred Death'"; the criticisms that still bother him; and his song "When I Get You Alone" being featured on Glee.