Accessibility links
At Last, Nations Agree To Landmark Climate Deal After a third sleepless night, climate negotiators in Durban, South Africa, finally found a way to reach a compromise early Sunday. The agreement charts a course for a legally binding climate pact that would include all the major emitters, including China, the United States and India. 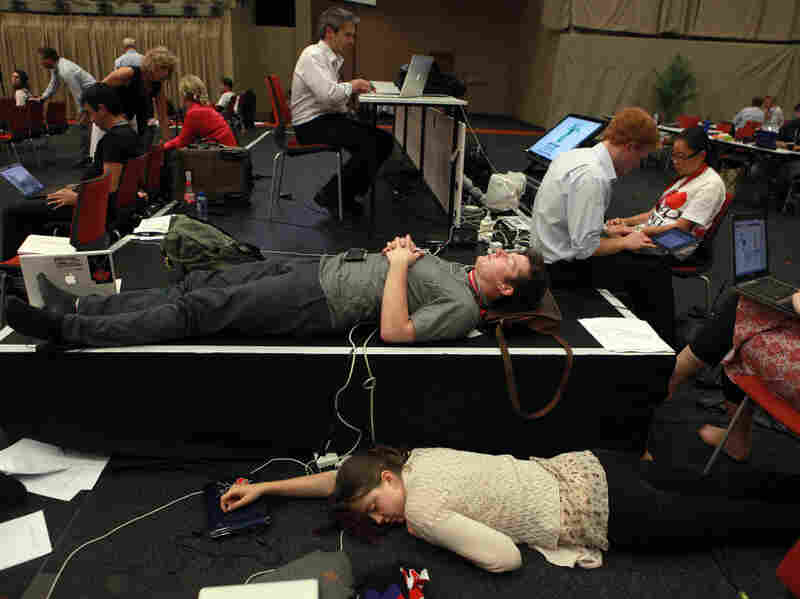 Delegates worked into the early hours of Sunday morning on the final day of the climate talks in Durban, South Africa. Rajesh Jantilal/AFP/Getty Images hide caption 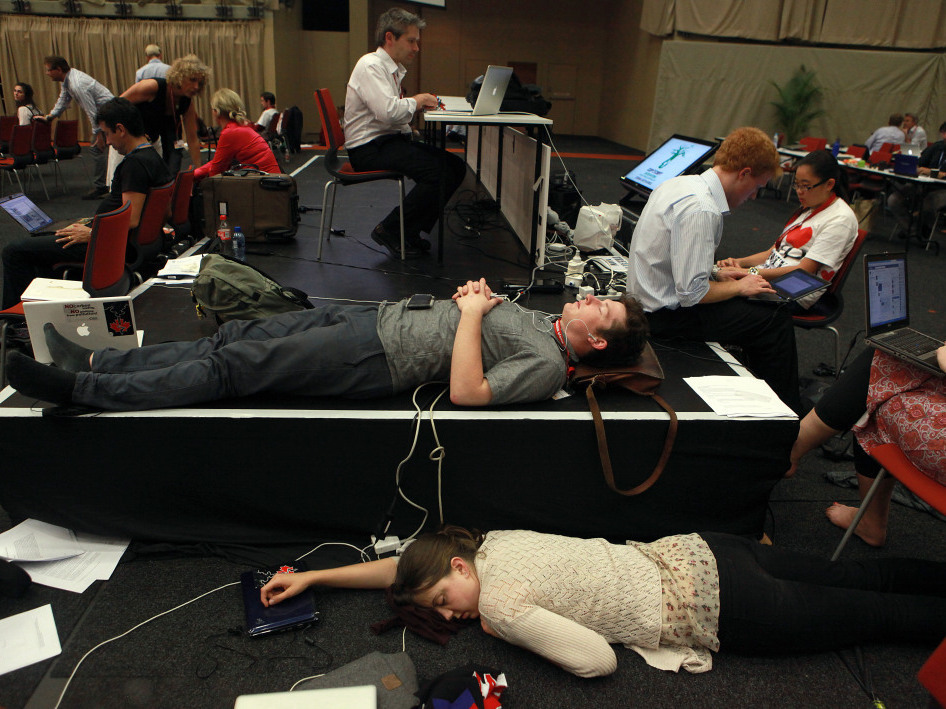 Delegates worked into the early hours of Sunday morning on the final day of the climate talks in Durban, South Africa.

What Countries Are Doing To Tackle Climate Change

After a third sleepless night, climate negotiators in Durban, South Africa, finally found a way to reach a compromise early Sunday morning. The deal doesn't set hoped-for new targets to limit global warming, but delegates ultimately decided to embrace it rather than risk a major collapse of this international process.

Few people had high expectations for this year's annual round of United Nations climate talks. The main hope was to finalize an agreement reached in principle the year before — that is, establishing a major new fund to help funnel billions of dollars from rich nations to poor nations. That will help them adapt to a changing climate and to produce clean energy so they don't contribute so much to climate change themselves. They got that deal.

"We are now on the brink of getting more," she said. "We are on the brink; it is within our reach to get what the world is waiting for and what only few thought would happen now."

That was an agreement that would chart a course for a legally binding climate pact that would include all the major emitters, including China, the United States and India. That has been a hard-fought battle because up until now, China and India have been treated as developing countries, exempt from reducing their emissions. India's spokeswoman, Jayanthi Natarajan, took strong exception to the suggestion they would be put on the same legal footing as the rich nations of the world in an as-yet undefined agreement.

"How do I give blank check, and give a legally binding agreement to sign away the rights of 1.2 billion people — and many other people in the developing world?" she said. "Is that equity, Madam? I ask you, is that equity?"

For a tense hour, it seemed that disagreement over this issue would sink the talks. There was a long series of speeches, going back and forth on this issue. Finally, South African Foreign Minister Maite Nkoana-Mashabane called a huddle of the major players in a last-gasp effort to find compromise language. That worked.

The deal was made 14 years to the day that this U.N. group negotiated the Kyoto climate treaty in Japan. The deal maintains momentum for a series of climate talks that have been divided over issues like the ones India brought up – like just how much special dispensation is due to the world's developing nations, some of whom are also major emitters of carbon dioxide.

Jennifer Morgan at the World Resources Institute saw a lot of good in the agreement.

"It's mixed," she said. "I think it's a major development that all countries have decided to go into a global binding agreement and negotiate that by 2015."

That's a major accomplishment for the U.S. government, which has been trying to make that happen for more than 15 years, she says. The downside for her and many others in the room is that the pledges between now and 2020 are still far substantially short of what's required to rein in climate change. No doubt, negotiators will come back to exactly that issue when these talks pick up again next year.