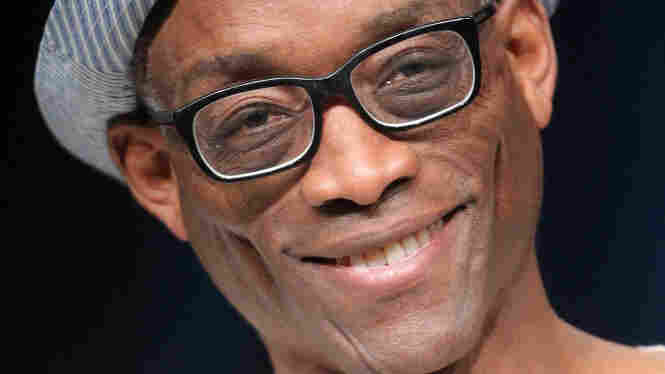 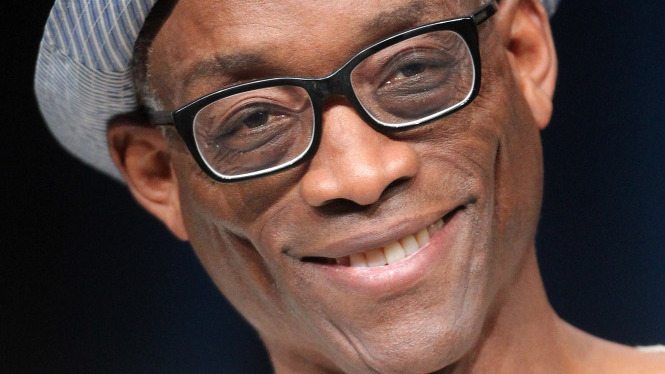 Choreographer Bill T. Jones at an appearance earlier this year.

As snowstorms hit the country today, All Things Considered revisits a vivid story that choreographer and dancer Bill T. Jones shared about one winter song. It originally aired Dec. 13, 2011.

"Winterreise," — or "Winter Journey" — by Franz Schubert is a song cycle about a solitary traveler in a savage winter whose heart is frozen in grief. Jones chose the last song in that song cycle: "Der Leiermann," or "The Hurdy-Gurdy Man."

"For me, it's the musical arrangement underneath," Jones tells All Things Considered host Melissa Block. "It speaks about a bleak landscape. And this bleak landscape takes me back to a day when I was in fourth grade out on the edge of town, looking at a snow-covered highway many, many yards away from my window — I should've been paying attention, but I was dreaming.

"And then I saw a lone figure walking across on a very, very cold day," he continues, "and you know how it is when the wind blows and you have to turn your back against the wind, and I felt so sorry for that person, and then I realized it was my father. That my father, who was completely out of work, had been the director of his own business as a contractor in the heyday of the migrant stream back in the late '50s, but now that business had died. He was up in the chilly North with family, broke and sick, and he had to get to this very insignificant job in a factory, miles and miles away. A black man with no car, trying to hitchhike, and no one picking him up, and he has to walk that 10 miles to get to the factory. And I'm sitting in this warm classroom, getting educated, not paying attention to the teacher, and suddenly feeling torn between two worlds. And this music, when I hear it, I feel for my father. There's something about art that can be, yes, depressing, but helps us bear the pain through sheer beauty and intensity."

Jones' emotions at that moment were understandably dramatic. But, as he says, they were also intensely complicated. He couldn't just run out of his classroom and bring his father inside.

"One of the reasons I was in school was so that I didn't have to be out there with him," Jones says. "And that was the painful thing about this class-climbing that we all in this country are subjected to: We're supposed to do better than our parents. And did I want the whole class to say, 'Look! Look out there; there's my father, impoverished, freezing, walking by the road!' It was a very strange moment, Melissa, very strange. I was, in a way, paralyzed, doing what I should do, and not knowing what I wanted to do."

This music, and its accompanying experience, have given Jones valuable perspective.

"It's taken on a greater weight over the years. There's now more and more. My body speaks to the body I saw from a child's distance, from a parent. I understand him inside and even outside now. I'm not afraid of aging, but the idea of what is success in life, what is a life well-spent. His dreams were behind him at that point; where are my dreams now? I love him so much for getting out there that day, with no car, and really not talking to us about it, not complaining, just facing it alone. I love him so much, but did I ever tell him I love him? Probably not."