Accessibility links
How Alabama Banned Holiday Gifts For Teachers The state's new ethics law bans nearly all gifts to government workers — including schoolteachers. Teachers who accept anything more than a trinket of "little intrinsic value" could face fines up to $6,000. 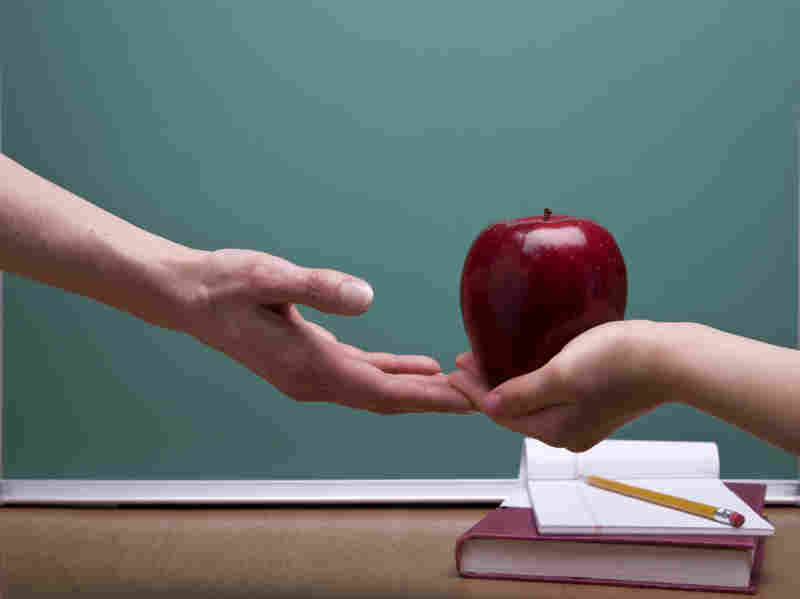 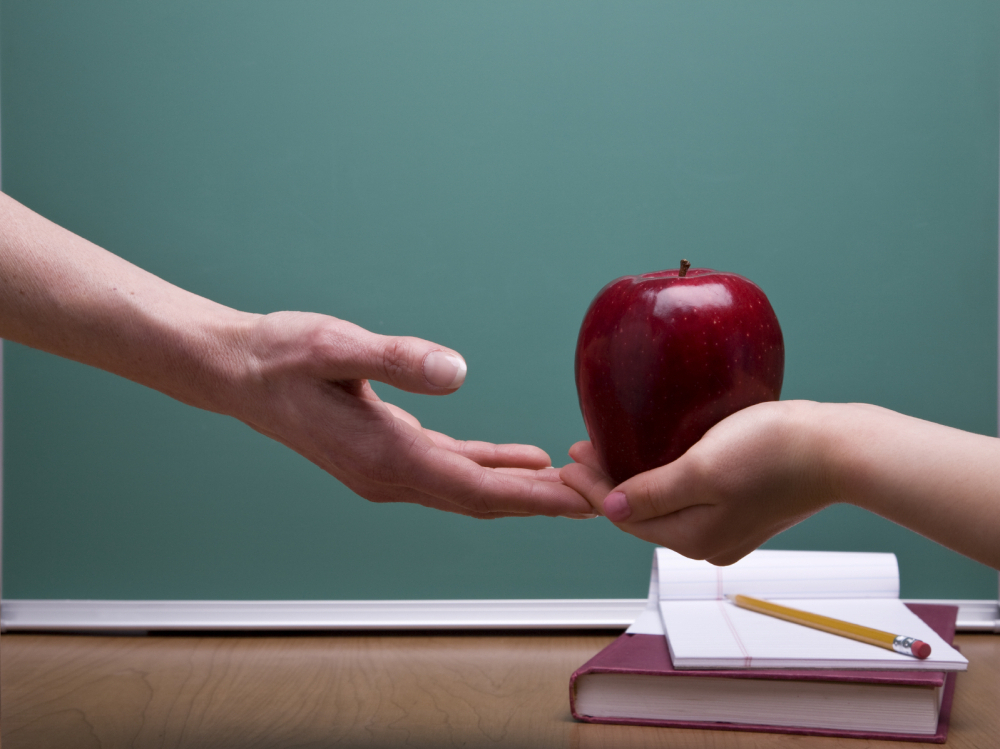 A new ethics law in Alabama bans all government workers — including teachers — from receiving gifts.

This time of year, you might be thinking about what sort of gift or tip you'd like to offer your child's teacher for Christmas.

In Alabama, they won't let you get away with that kind of illegal behavior.

Alabama's new ethics law, which took effect in March, bans nearly all gifts to government workers — not just elected officials, but all state, county and municipal employees. That includes schoolteachers, as a lengthy opinion from the state ethics commission makes clear.

"We ask that you not put a teacher or employee in the position of having to refuse a gift, which could crush a child's feelings," Linda Joseph, the principal at Gwin Elementary School, outside Birmingham, wrote in an email to parents last Thursday.

Every state has put some manner of restriction on the value of gifts that lawmakers can receive. Some states, such as Colorado, have additionally barred gifts to government employees in a position to make policy or decisions about matters such as awarding contracts to vendors.

But Alabama is the only state to block gifts to teachers, according to Peggy Kerns, who directs the Center for Ethics in Government at the National Conference of State Legislatures.

"As long as I've been here, and I've been here 10 years, teachers have not come up in any discussion about being a public employee and therefore subject to a state restriction or gift ban," Kerns says.

All Kinds Of Corruption

Two larger scandals — one corruption case involving legislators and the community college system, as well as a bungled sewer construction that last month led Jefferson County to file the largest municipal bankruptcy claim in U.S. history — have each resulted in about 20 individuals pleading guilty or being convicted.

Gifts That Don't Break The Law

In an advisory opinion last week, the Alabama Ethics Commission set out to clarify what sort of gifts would be OK for schoolteachers to accept:

"We've had just a real run of corruption in this state over the past three to five years," says Jim Sumner, who directs the state's ethics commission. "It's pretty huge."

But some wonder what any of that has to do with giving a kindergarten teacher a $25 gift card for Target or Starbucks.

This is the first holiday season in which the ban applies, so schools and legislators are all taking lots of calls from upset parents and curious journalists.

Alabama law has always covered all public workers on a blanket basis, according to Sumner. Ethics rules apply to everyone from the governor on down to road crews working for the county.

The new law, passed in special session last year, ended an exemption for seasonal gifts worth up to $100. Now, gifts are limited to items of "little intrinsic value."

As part of its opinion, the ethics commission offered a list of acceptable items such as coffee mugs, Christmas ornaments or home-baked cookies. It didn't specify a ceiling on the dollar value of such trinkets. Parents can also donate any amount they like toward materials for classroom use.

In theory, teachers who accept personal gifts could be subject to fines of up to $6,000 and prison sentences of up to one year. In practice, Sumner says, it will be shocking if any teacher is ever prosecuted. Gifts involving less than $250 would be handled purely as an administrative matter, he says.

Given the consternation the matter has caused, however, Republican state Sen. Bryan Taylor, one of the sponsors of the ethics law, sent a letter Monday to the ethics commission asking for clearer guidance, saying a set dollar limit on gifts of, say, $20 would be less confusing.

"I just think, in this particular case, our public employees need a little bit more practical guidance, and certainly parents and students do," Taylor said at a news conference.

Sumner, the ethics commission director, says there's not much he can do unless the statute is amended.

"Frankly, we took it to the outer limit, looking at little intrinsic value," Sumner says. "That's about all we can do with those gifts, is the list that we did. Anything beyond that is beyond the scope of the law."

Is It Really Worth Anything?

Gift bans often end up causing confusion. Legislatures seek to impose bans that will limit the influence lobbyists might gain by hosting expensive meals or offering up tickets to sporting events. Several ban lobbyists from treating legislators even to a cup of coffee.

But even the smallest amounts can end up causing problems. Lobbyists have been known to seek to win favor giving out items of no monetary value, such as dropping off home-baked oatmeal chocolate chip cookies at leadership offices.

Minnesota legislators spent some time this year arguing about whether hundreds of 2011 Lake Superior calendars given out by a citizens' group violated a $5 gift limit. The calendars had a retail value of $13.95, but because they were distributed in February, some argued that their value should be heavily discounted, as they would be at a store by that time of year.

To clear up such matters, states sometimes go back and amend gift restrictions, according to Kerns, the NCSL ethics observer. "All laws have to have a common sense element, or they're laughed at or diminished," she says.

So far, Alabama legislators aren't rushing to change their new law in time for this year's holiday shopping season. Last week, Sen. Taylor said the restriction keeps teachers from playing favorites to students whose parents can afford to be more generous than some.

"In every classroom, there is a Tiny Tim who can't afford a turkey or ham," he told The Associated Press.