Accessibility links
In Brazil, Oil Boom Brings Environmental Worries In Brazil, the discovery of huge oil deposits has prompted a patriotic outpouring as Brazilians celebrate the country's rise as an oil power. Currently the world's ninth largest oil producer, Brazil believes it may become one of the top five. But a recent spill has brought home the dangers of deep-sea drilling. 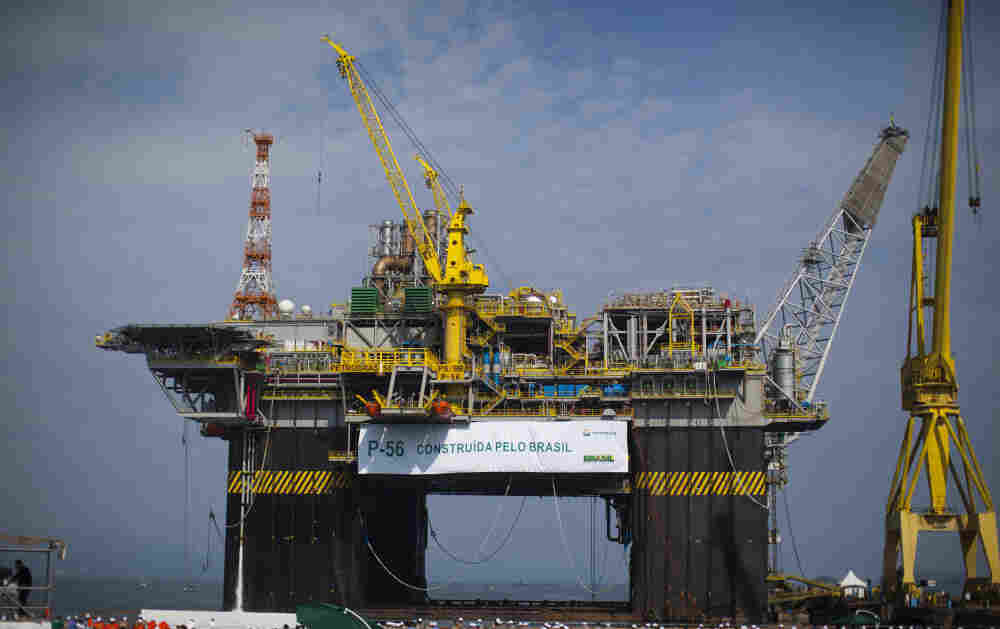 The Petrobras P-56 oil platform is seen during its opening ceremony in Angra dos Reis, Brazil, in June. The offshore platform has a capacity of producing 100,000 barrels per day. Felipe Dana/AP hide caption 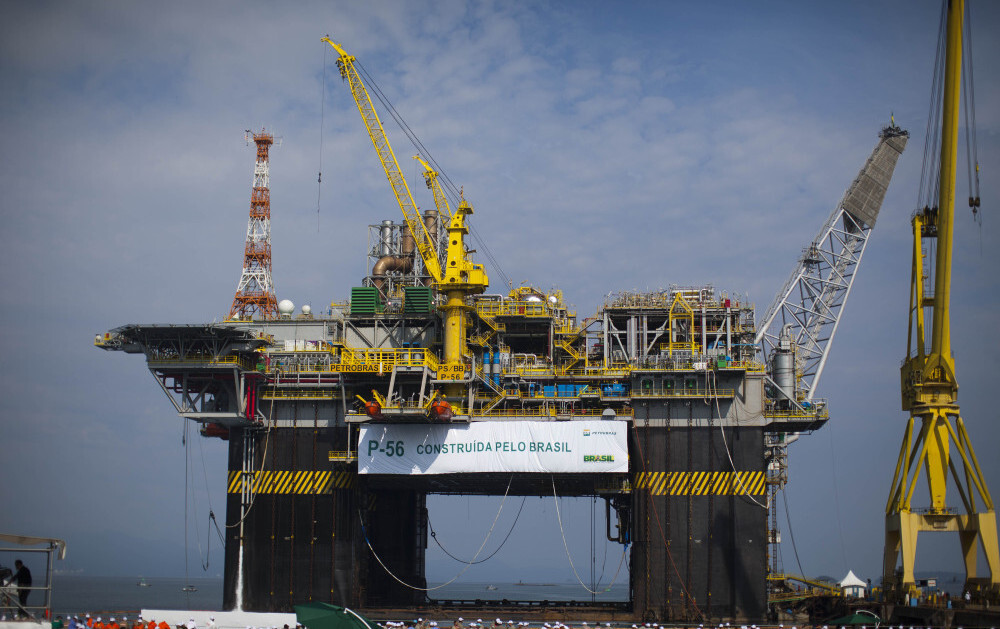 The Petrobras P-56 oil platform is seen during its opening ceremony in Angra dos Reis, Brazil, in June. The offshore platform has a capacity of producing 100,000 barrels per day.

In Brazil, the discovery of huge oil deposits has prompted a patriotic outpouring as Brazilians celebrate the country's rise as an oil power.

Currently the world's ninth largest oil producer, Brazil believes it may become one of the top four or five oil producers in a few years. But a recent spill 200 miles off the country's famous beaches has brought home the pitfalls of deep-sea drilling.

On a recent fishing excursion, Alexandre Anderson put out about 2,000 yards of net in open water, just within sight of Rio's famous Sugar Loaf Mountain. These days, though, the effort is hardly worth it.

Pulling up the net, there's only a few scrawny fish.

Anderson blames it on years of well-documented oil spills and leaks. There's no scientific study to prove oil in the water has killed off the fish, but there's an oily sludge that laps up against Anderson's boat, and that's enough evidence for him.

What worries Anderson, as Brazil cranks up offshore production, is the possibility of a disaster. A spill here would be like BP's, he says, referring to last year's calamity in the Gulf of Mexico in which 5 million barrels were spilled.

Such blunt talk has been rare in Brazil since billions of barrels were discovered in recent years. Instead, Brazil is moving fast, developing the so-called sub-salt fields more than 200 miles off the coast of southern Brazil, in waters more than 5 miles deep.

Getting Oil From Ultra-Deep Wells

Petrobras, the state-controlled oil company developing the fields, is a leader in deep-sea drilling, producing one of every five barrels in the world that comes from ultra-deep wells.

Magda Chambriard, the director of the government office regulating the oil industry, the National Petroleum Agency, says Petrobras is sparing no expense to ensure safety. She says the company also has the ships, the know-how and the resources to deal with a spill.

"What I'm saying to you is Brazil is not a beginner in offshore activities. We have a lot of experience in this," Chambriard says.

Still, the Brazilian sense of security was shaken in November when a field operated by Chevron spilled 3,000 barrels some 230 miles off the coast of Rio de Janeiro state.

Chambriard says it was still unclear what caused the spill, but says she was irked that Chevron claimed the spill was caused by "a natural leak through the seafloor."

"We are very disappointed with the way Chevron [dealt] with the crisis," she says.

But Azevedo is an experienced researcher who does work for the oil industry, and he says there is cause for concern because Petrobras and other companies here are going deeper and deeper for oil — through five miles of water, rock and shifting salt.

"The pressure is becoming higher and higher," Azevedo says. "We just don't know if all this equipment that we have to put so deep, all this will work ... we are doing things for the first time ever."

Where his countrymen see promise, he sees potential disaster.