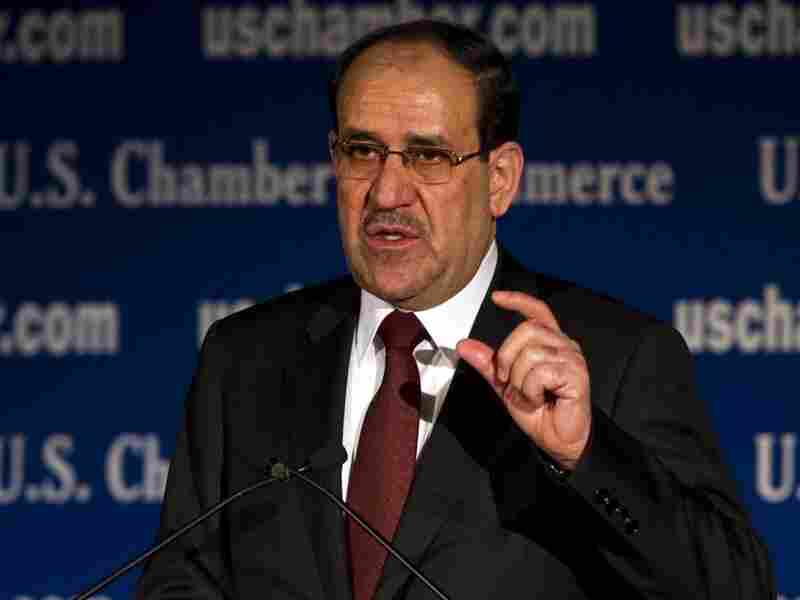 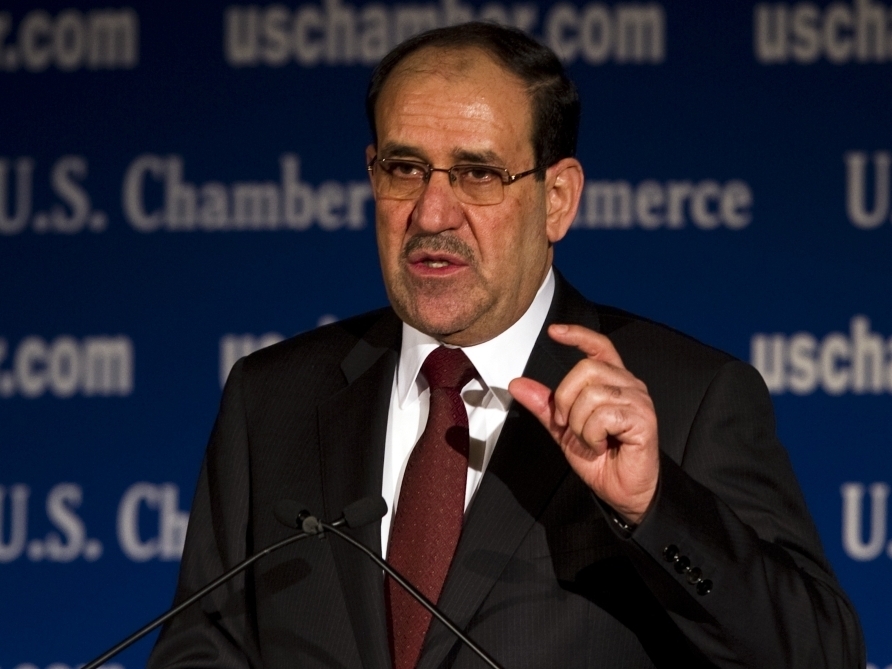 Iraqi Prime Minister Nouri al-Maliki speaks during a US/Iraq Initiative luncheon at the US Chamber of Commerce in Washington, DC, Dec. 13, 2011.

Read Another Opinion On The U.S. Exit From Iraq

Kori Schake is a fellow at the Hoover Institution and holds the Distinguished Chair in International Security Studies at the United States Military Academy.

The Obama administration is attempting to cast the Iraq war as a triumph of the president's vision for American foreign policy. As a candidate, he promised to bring this war to an end, and as president he's done so. It also conveniently fits into the Obama campaign's general narrative that President Obama inherited problems of Herculean magnitude.

But, in fact, the Iraq war was on a glide path to conclusion at the end of the Bush administration: the increased troop commitment of the surge and its accompanying counterinsurgency tactics had succeeded in breaking the dynamic of insurgent success; it had concluded the Strategic Framework Agreement with Iraq that the Obama administration is now taking such credit for.

What remained to be done when the Obama administration took office was implementing the agreement in ways that strengthened the practices and institutions of democracy in Iraq, incentivized non-sectarian political cooperation, continued confidence-building measures (especially along the Kurdish fault lines), reassured Iraq both of their sovereignty and our continuing involvement, and fostered support for Iraq among U.S. allies in the region.

What the Obama administration achieved instead is a faster end to U.S. military involvement in Iraq, but one that undercut the political objectives it remains in American interest to attain. Iraqis may achieve those things despite our policies, but they are not achieving them because of our policies. On that President Obama deserves to be held account.

The administration claimed it was committed to a "responsible withdrawal" from Iraq. But their policies of establishing deadlines unconnected to the progress of our war aims, inattention to political developments within Iraq, and unwillingness to acknowledge he increasing repressiveness of the Maliki government have shown the administration's emphasis on withdrawal rather than responsibility.

On President Obama's watch, the Maliki government struck hundreds of opposition Parliamentary candidates off the ballot; violated the Iraqi Constitution's principle that the party gaining the most Parliamentary seats has the right to form a government; kept the country in a state of suspended animation without a government for seven months; refused a non-sectarian coalition choosing instead coalition with the virulently anti-American Muqtada al-Sadr; has not appointed either a minister of defense or a minister of the interior, preferring to hold those powers himself; declined to join in Arab League sanction of Syria's government; looked the other way as Shi-ia militia emerged that, according to GEN Austen, the commander in Iraq, parallel Hezbollah in Lebanon; and now has arrested hundreds of Sunni "coup plotters." Maliki has begun to resemble a character from the novels of Gabriel Garcia Marquez, banal in his ruthlessness.

Maliki has even claimed that the U.S. is to blame for Iranian influence in Iraq, explaining that Iran had justification for its actions — the "excuse was that the presence of U.S. troops on Iraqi soil...with it ends all thinking, calculations and possibilities for interference in Iraqi affairs under any other banner." If Maliki actually believes that, it is both offensive and dangerously self-deceptive.

If no troops in Iraq is the metric for success, then President Obama has led us to success in the Iraq war. But if capitalizing on the gains won by our military to nurture an Iraq that is more than a Shi-ia autocracy leaning toward Iran, President Obama has merely conceded our political aims in order to get our troops out.