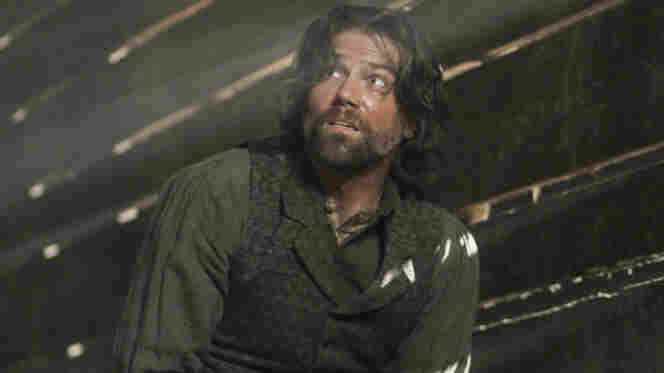 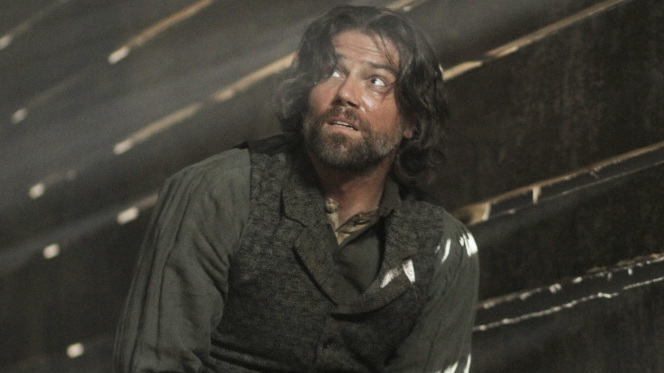 Jackson "Jax" Teller, the antihero at the heart of FX's blockbuster biker gang series Sons of Anarchy, is pretty easy to distinguish from a traditional hero. Just this season, Jax blew away a rival gang with an RPG missile, shot a Russian gangster in the head and got into some serious trouble while selling guns to the scariest gangsters on the planet.

Jax Teller is the leading edge of an increasingly extreme crop of these antiheroes: characters the audience likes and wants to see succeed, even though they act an awful lot like villains. The cable channel AMC has become a haven for antiheroes, from philandering adman Don Draper on Mad Men to the meth-making ex-schoolteacher Walter White on Breaking Bad.

And their latest antihero, ex-Confederate soldier Cullen Bohannon, owned slaves. When it comes to bad guys doing bad things, you can't get much worse than that. So how does AMC's new series Hell On Wheels make a slave-owning antihero sympathetic? It makes the villains even worse: Bohannon is hunting down the Union soldiers who raped and killed his wife.

In fact, Hell On Wheels uses race as a handy scorecard; the heroes resist prejudice and racism, while the villains wallow in it.

And the antiheroes get even worse. Consider Dexter Morgan; a serial killer who only kills other murderers, on Showtime's hit series Dexter. Dexter, who works as a forensic technician for the Miami police, may be TV's ultimate antihero.

Author Jeff Lindsay, who created Dexter in his crime novels, once told me he specifically built the character to draw an audience's sympathy. Dexter has a soft spot for kids, a strong moral code and a license to do things the rest of us only dream about.

That's the last lesson in creating a great antihero: he (or she) often protects the innocent, even when dealing drugs and killing people.

But these characters, warped as they can be, are also a statement on our times. In a world filled with war, recession and cynicism, straight-up heroes feel fake as a three-dollar bill. So the confused guy who does bad things for the right reasons just might be the best reflection of where we are today.