Accessibility links
Life With 'Gabby,' Before And After The Shooting When Mark Kelly and Gabrielle Giffords were dating, Giffords did most of the talking. Kelly describes her as "the most positive person I'd ever met." But since the congresswoman was shot, speaking is a challenge. In their book, Gabby: A Story of Courage and Hope, they share their journey. 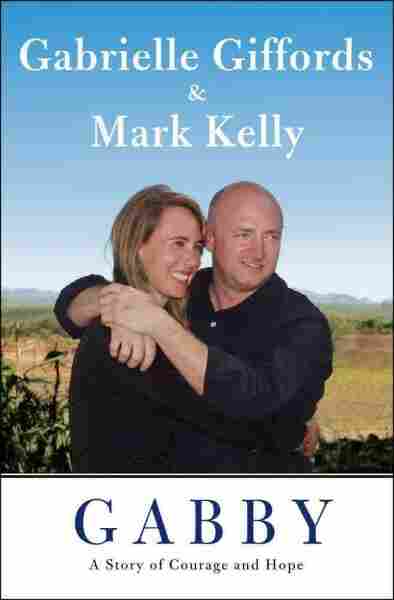 When Mark Kelly and Gabrielle Giffords were dating, Gabby did most of the talking. In their book, Gabby: A Story of Courage and Hope, Kelly describes her as "the most positive person I'd ever met."

Their dynamic shifted dramatically in January, when a gunman shot and killed six people at a community event in Tucson, Ariz., and injured more than a dozen others, including Giffords, who was shot in the head.

Doctors have called her subsequent recovery miraculous. But speaking is now a challenge for Giffords, and Kelly does most of the talking. As Giffords continues to recover, Kelly says he watches his wife face pain and frustration with remarkable courage and hope.

In their book, the couple share their low points, Giffords' remarkable progress, and the memories that inspire them each day. Kelly talks with NPR's Neal Conan about their journey back from traumatic brain injury, and what lies ahead.

On Giffords' progress since the shooting

"In the beginning, you could see progress every day, I mean starting when she came out of a coma. Now I'd say it's more like every week. I was just saying to her this morning that over the last week or so, I could, you know, really see a difference in the way she's able to put sentences together and string a couple of them together.

"[For example], for a very long time, [she] couldn't ask anything. And eventually she overcame that, and now she's asking questions all the time." 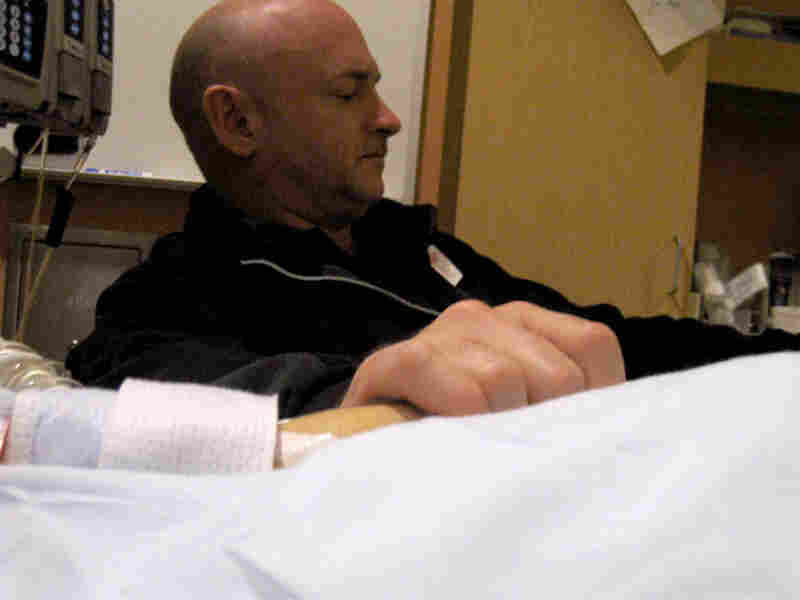 Mark Kelly holds his wife's hand in her hospital room on Jan. 9 in Tucson, Ariz., the day after she was shot. He has had to make critical choices about her care. "The key," he tells NPR's Neal Conan, "is knowing what requires a quick decision and what you can put off, and try to gather more information and decide later." Getty Images hide caption 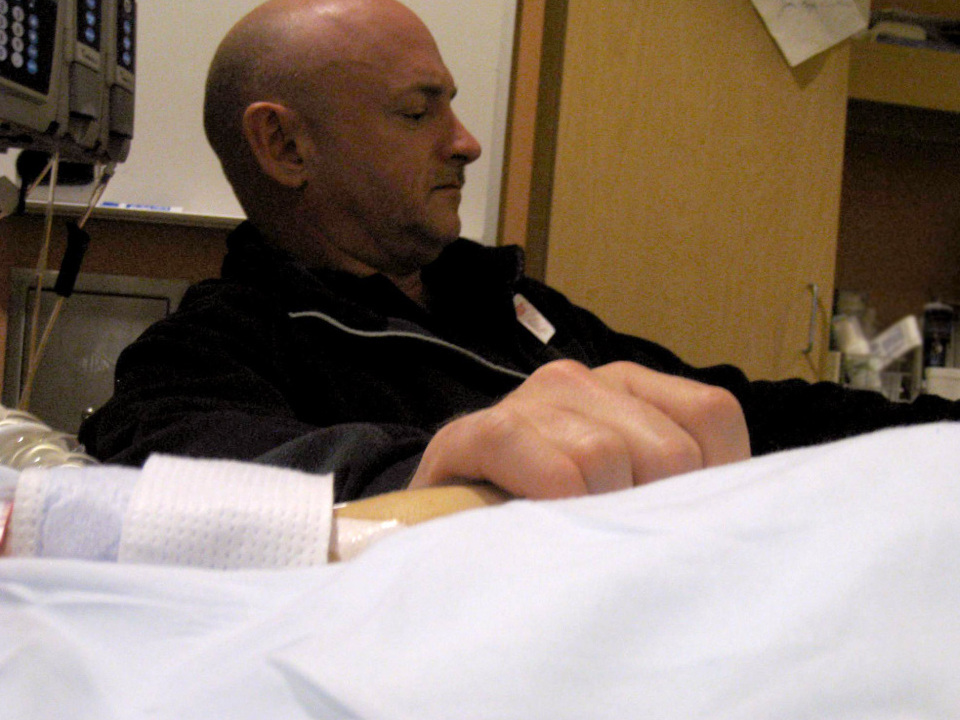 Mark Kelly holds his wife's hand in her hospital room on Jan. 9 in Tucson, Ariz., the day after she was shot. He has had to make critical choices about her care. "The key," he tells NPR's Neal Conan, "is knowing what requires a quick decision and what you can put off, and try to gather more information and decide later."

On the lesson he learned from Giffords and physicist Stephen Hawking, who has a form of Lou Gehrig's disease

"We met him in, I think it was 2006, at the Royal Society in London, and it was really interesting ... He communicates through a computer that can track a single muscle on his face, really the only thing he can move on his entire body.

"And, you know, I tried to speak to him, but I just didn't have the patience for that. And Gabby knelt down in front of his wheelchair and asked him a simple question. She said to him: 'How are you, Dr. Hawking?' And then she waited. And it was five or 10 minutes before he was able to respond.

"And, you know, in hindsight, [it's] almost like she was giving me a lesson of how I was going to have to be patient with her just five years down the road."

On why Kelly thinks it was fortunate that the bullet entered the left side of her brain, not the right

"Some folks would say that if you're going to have that kind of injury, that it's better to have it on the other side, the right side of your brain, because it would largely leave your ability to speak intact.

"But when Gabby and I first got to Houston here after she was injured, her neurosurgeon, Dr. Kim, said: 'You know, Mark' — and this is one of the first things he said to me. He said — 'You know, some people think it's best if you're going to get shot in the head to get shot on the right side.' But he disagrees with that, he said, because even though those folks can communicate better, he says a lot of times, they wind up being different people.

"And that's really, really difficult for the family members. And Gabby is the exact same person, and cognitively she's great. I mean, she comprehends everything. You know, she can make decisions. All that stuff is intact. She's just having to relearn how, you know, how to communicate as well as she could before. It's a challenge, but it's something she'll overcome."

More With Giffords And Kelly

Rep. Gabrielle Giffords: 'I Will Return' To Congress

On whether Giffords will run for re-election

"Gabby was elected a little bit over a year ago, and ... she has not made the decision whether she can return to office or run for re-election.

"Now remember, as everybody knows, she was injured while doing her job, you know, at a very public event; and she feels, and I feel, and I think the majority of the people that elected her feel that she deserves a certain amount of time to recover, to get back to work.

"And it was a pretty traumatic injury, and it's going to take her a little bit of time to recover ... She'll make a decision within the next few months on whether or not she'll run for re-election. And while she's been recovering, her office, with the exception of her being able to vote — which with one [exception], you know, she went and voted on Aug. 1 — she has not been voting in Congress.

"But her office has been able to continue with the priorities that she laid out before she was injured, including legislation, constituent services. Gabby's office provides probably, you know, in the top 1 percent of members of Congress for the amount of cases they open and close for her constituents.

"So she has a very effective and active office. The one thing, you know, is that she is not there every day voting as a member of Congress, but I feel and the majority of people, I think, feel that she deserves some time to recover."

Read an excerpt of Gabby