Accessibility links
Tracing Ballet's Cultural History Over 400 Years Ballet's history is not just about choreography and technique — it's also a history of nationalization, the changing ways we view the body, shifting gender norms and class struggles. Historian Jennifer Homans chronicles the art form in a cultural history, Apollo's Angels. 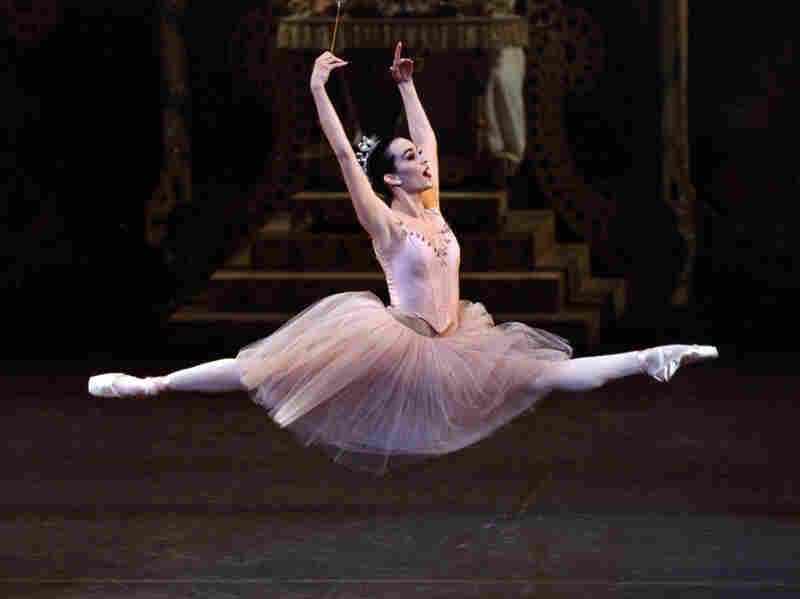 Jenifer Ringer performs as the Sugarplum Fairy during a 2010 performance of "The Nutcracker" at Lincoln Center in New York. Paul Kolnik/AP Photo hide caption 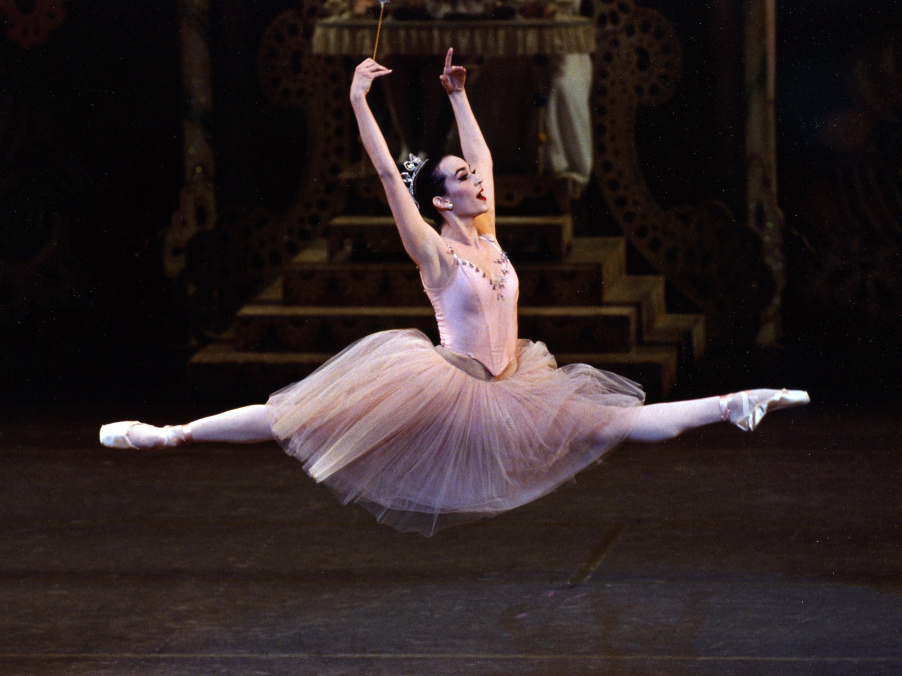 Jenifer Ringer performs as the Sugarplum Fairy during a 2010 performance of "The Nutcracker" at Lincoln Center in New York.

This interview was originally broadcast on December 13, 2010. Apollo's Angels is now available in paperback.

It is ballet season, which means many companies are performing The Nutcracker for the holidays and preparing their big shows for the winter months. Everywhere you turn these days, you can see toe shoes — but there is a deep and fascinating history to the art form that few people know.

In her new book Apollo's Angels, historian Jennifer Homans — a former professional ballet dancer herself — traces ballet's evolution over the past 400 years, and examines how changes in ballet parallel changing ideas about class structure, gender, costume, the ideal body and what the body can physically do. The book chronicles ballet's transition from the aristocratic courtier world in Europe through its place as a professional discipline in the Imperial Court of Russia, and finally as a technique performed on stages throughout the world. 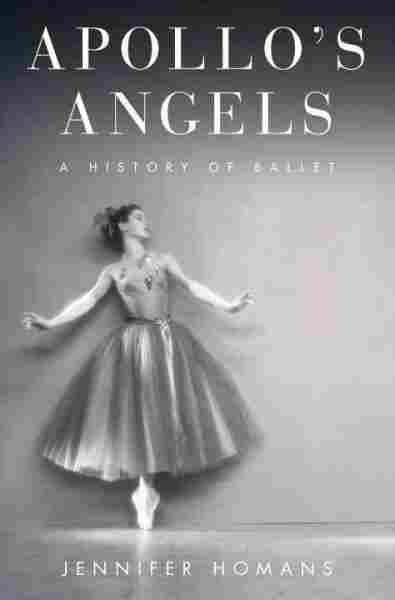 A History of Ballet

Ballet's origins, Homans explains, grew out of the Renaissance court cultures of Italy and France. Dancers would perform at the royal courts — and then invite the audience members to participate.

"It was a dance that was done by courtiers and kings and princes at court in social situations," she says. "It was not a theatrical art set off from social life."

The first ballet dancers did not wear tutus or dance in satin shoes, but they did formalize the footwork patterns — known as first, second, third, fourth and fifth position — that are still used today.

"Louis XIV realized that if his art form was going to be disseminated throughout his realm and even to other European countries, he would have to find a way to write it down," Homans explains. "So he asked [choreographer] Pierre Beauchamp to write some these positions. The positions themselves are the grammars of ballet, they're the ABC's, the classical building blocks of ballet."

In ballet's early days, men were expected to perform the more extravagant and intricate footwork. It wasn't until years later, during the French Revolution, that female dancers became stars.

It was given an elevated form, so instead of stomping around, it became an image of the ethereal, a wispy sylph or somebody who can leave the ground or fly into the air.

By the 1830s, men were actually reviled onstage, she says.

"They're thought to be a disgrace," she says. "Female dancers take the ideals that existed in the aristocratic art form and turned them into a feminine and spiritual ideal of which they are the masters. Then you get this image of the ballerina on toe, in these more romantic-era ballets of sylphs and unrequited love and the romantic themes that carried ballet into the 19th century."

Apollo's Angels was recently named one of the top five nonfiction books of the year by the New York Times Sunday Book Review. Jennifer Homans performed with the Chicago Lyrica Opera Ballet, the San Francisco Ballet and Pacific Northwest Ballet during her career as a professional ballet dancer. She is currently the dance critic for The New Republic, and teaches the history of dance at New York University, where she is a distinguished scholar-in-residence. 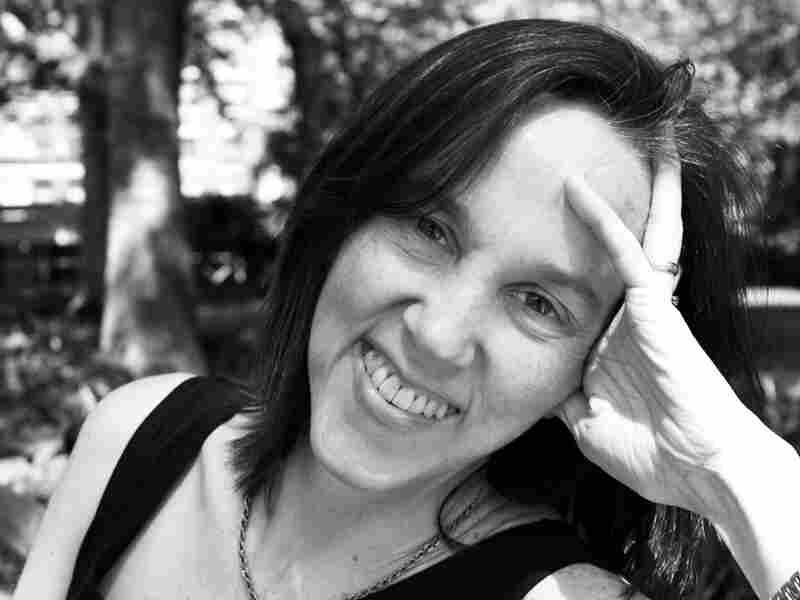 Jennifer Homans has danced with the Pacific Northwest Ballet and the Chicago Lyric Opera House. She has a Ph.D. in modern European history from New York University. Random House hide caption 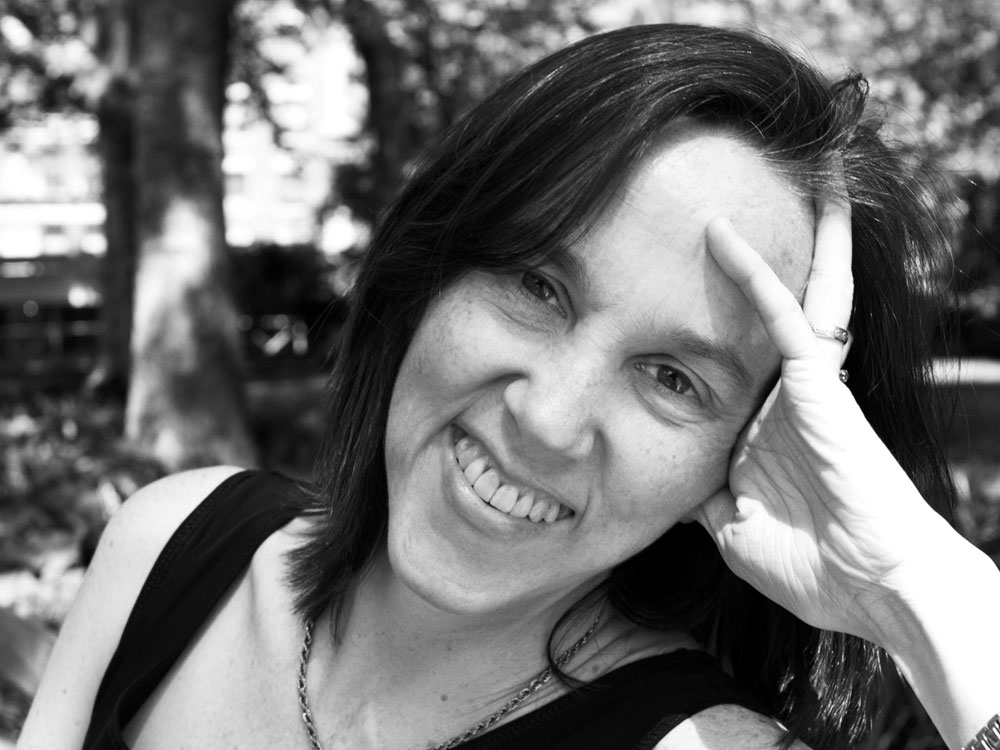 Jennifer Homans has danced with the Pacific Northwest Ballet and the Chicago Lyric Opera House. She has a Ph.D. in modern European history from New York University.

On Apollo's relationship to dance

"From the earliest moments of ballet, the idea was to create some kind of Apollonian image — an ideal sort of body. Even the technique allowed you to modify your, perhaps, imperfect proportions. If you're too tall, maybe you would lower your arms a bit — maybe so you don't appear so high up."

On the fear of being dropped

"I never was thinking that, because within the flow of the movement, you have complete confidence in the partner that you're working with, and so those kinds of considerations are not to the fore. Now, if you're working with somebody you don't quite trust or there's a lift that's particularly difficult, then I think there can be a certain tension. And that's something you want to try to get rid of in a performance. One of the great ballerinas once told me, 'When you start to have a dialogue in your head while you're performing, that's when you know it's gone wrong.' In a way, you want to get rid of those words and enter a different way of existing for the time that you're onstage."

"You start to have a more difficult technique that even the most diligent aristocrats can't keep up with by the end of the 17th century. And then dancers are becoming professionals, and that's when you have more and more separation between the aristocrats who are watching the dance and the people who are performing it. And the dancers at that point are much more exclusively drawn from the lower orders of society. They are learning, in a way, to become aristocrats. On stage, they appear as noblemen, even if in society they're emphatically not."

"It's really the point in which popular traditions feed into a high operatic, high balletic art. Marie Taglioni is the ballerina we most associate with en pointe work. She was working in Vienna at the opera house, but a lot of Italian troupes were passing through. These troupes often did tricks, and one of the tricks they'd do was to climb up on their toes and parade around. This kind of trick was then incorporated into classical ballet. It was given an elevated form, so instead of stomping around, it became an image of the ethereal, a wispy sylph or somebody who can leave the ground or fly into the air."

Read an excerpt of Apollo's Angels