Accessibility links
DVD Gift Guide: For That Special (Or At Least Nearby) Someone Box-set fan Glenn McDonald explains how DVD sets can be the perfect gift for so many different people on your list that you might knock it all out during your next shopping trip — virtual or actual.

DVD Gift Guide: For That Special (Or At Least Nearby) Someone

DVD Gift Guide: For That Special (Or At Least Nearby) Someone

When it comes to holiday gift giving, I'm a traditionalist. I like to think carefully of each person on my list, consider their dispositions and passions, then give them a ginormous DVD box set that will keep them on the couch for the next several months.

This is just good policy with my family and circle of friends. The longer I can keep them off the streets and out of trouble, the happier we all are.

Perhaps you'd like to do the same — and there's still time if you get your ordering and shopping underway. Here's a list of some of the best DVD/Blu-ray titles and box sets making the rounds this holiday season, with suggestions on matching each with that certain someone on your list. The prices listed are approximate retail prices, but you can usually find them cheaper with a little online shopping.

For Your Insufferable Uncle, The Rabid Yankees Fan 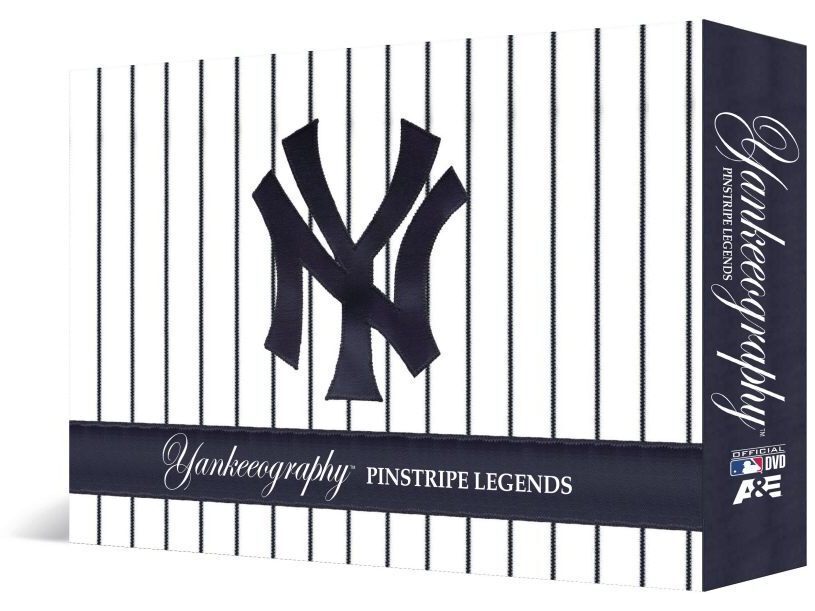 Generally speaking, hardcore Yankees fans are a troublesome lot, given to statistical pronouncements and sepia-toned monologues. Still, we must respect their passion, and Yankeeography: Pinstripe Legends (DVD/$100) is a good way to keep them quiet this off-season. The 16 discs compile 37 episodes from the YES Network TV series, each devoted to a revered Yankee. You've got your Gehrigs, your Berras, your Stengels, your DiMaggios. Plus eight additional documentaries on various aspects of the team's history, and a 32-page collector's booklet.

For Your Curiously Intense Cousin, The Film Nerd

Alfred Hitchcock: The Essentials Collection (DVD/$40) is an "Essentials" collection that can truly be said to live up to the name. The five films collected here – Rear Window, The Birds, Psycho, Vertigo and North by Northwest – are indubitably among Hitchcock's finest. Each film comes with its own generous suite of extras, including various production notes, newsreels, mini-documentaries, storyboards, interviews, alternate endings and commentary tracks. (Bob Mondello also recommends this collection.)

For Your Other Curiously Intense Cousin, The Comedy Nerd 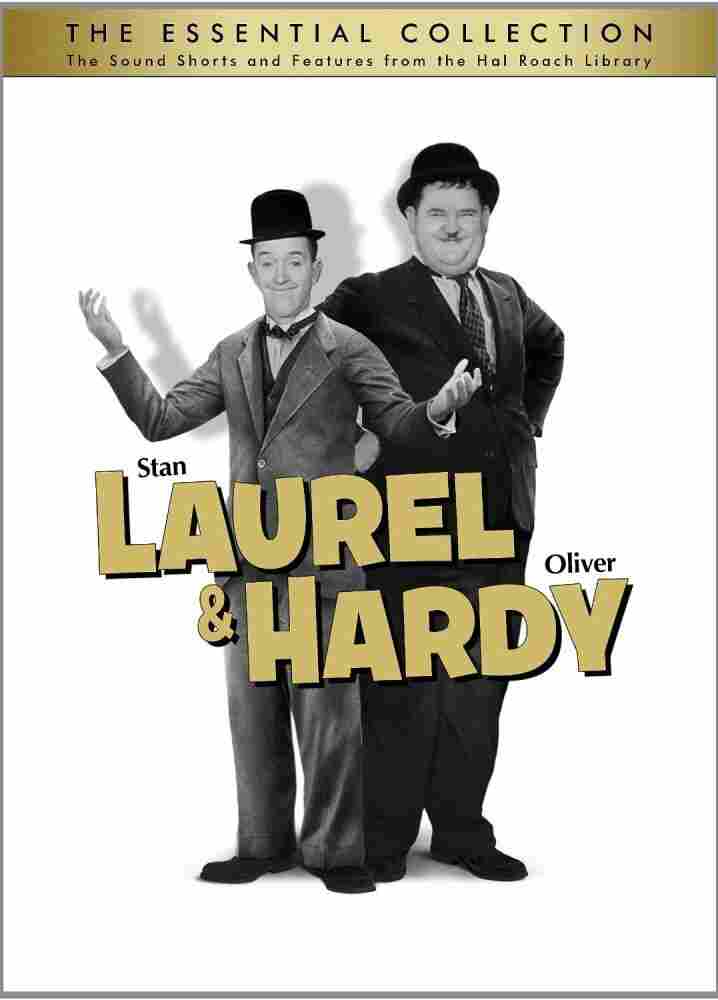 Laurel & Hardy: The Essential Collection (DVD/$70) collects more than 50 L&H shorts and feature films over 10 discs, including classics like Way Out West and the Oscar-winning The Music Box, which features the boys' immortal and Sisyphean attempt to move a piano up a flight of stairs. The DVDs have been remastered from surviving 35mm prints, with loads of bonus materials and new interviews with comedy scholars like Tim Conway and Dick Van Dyke.

For Your Precocious Preschooler Niece With The Alarmingly Sophisticated Vocabulary

LeapFrog: Phonics Farm (DVD/$15) is currently in heavy rotation with the three-year-old in my life, and is a good example of the consistently excellent educational titles put out by the LeapFrog people. Phonics Farm stars Scout the Puppy – the Justin Bieber of the three-year-old crowd – but you can consider this a recommendation for the LeapFrog line of kids' DVDs as a whole. It's really pretty amazing how these programs can keep the attention of preschoolers and teach them at the same time. I wish they'd make something for Yankees fans.

For Mom, Who Wonders Aloud Why They Don't Make TV Shows Like They Used To

As it happens, my mom was a devoted Barney Miller fan in the 1970s and 1980s, which pretty much made me a devoted Barney Miller fan growing up. The classic workplace sitcom is finally getting the box-set treatment this year with Barney Miller: The Complete Series, (DVD/$80) which assembles all 168 episodes onto 25 discs of glorious nostalgia. The cops of New York's 12th Precinct pioneered a style of character-driven sitcom that still holds up, thanks to terrific comic performances from old pros like Abe Vigoda, Ron Glass and Steve Landesberg. Extras include new interviews with the actors and producers, and reveal that the show was often a frantic, on-the-fly collaboration that barely made it to the screen.

For Grandpa, Who Watches The History Channel More Or Less Exclusively And Is None Too Happy About Paying For All That Other Stuff

For history, WWII or even film buffs, the History Channel's WWII in HD: Collector's Edition (Blu-ray/$35) is a real treasure trove. The series represents a years-long project to find, preserve, restore and convert to high-def more than 3000 hours of color footage from the war. The box set also includes two specials – The Battle for Iwo Jima and The Air War – plus some fascinating behind-the-scenes material on finding the footage.

For Yourself, Because You Deserve It, You! 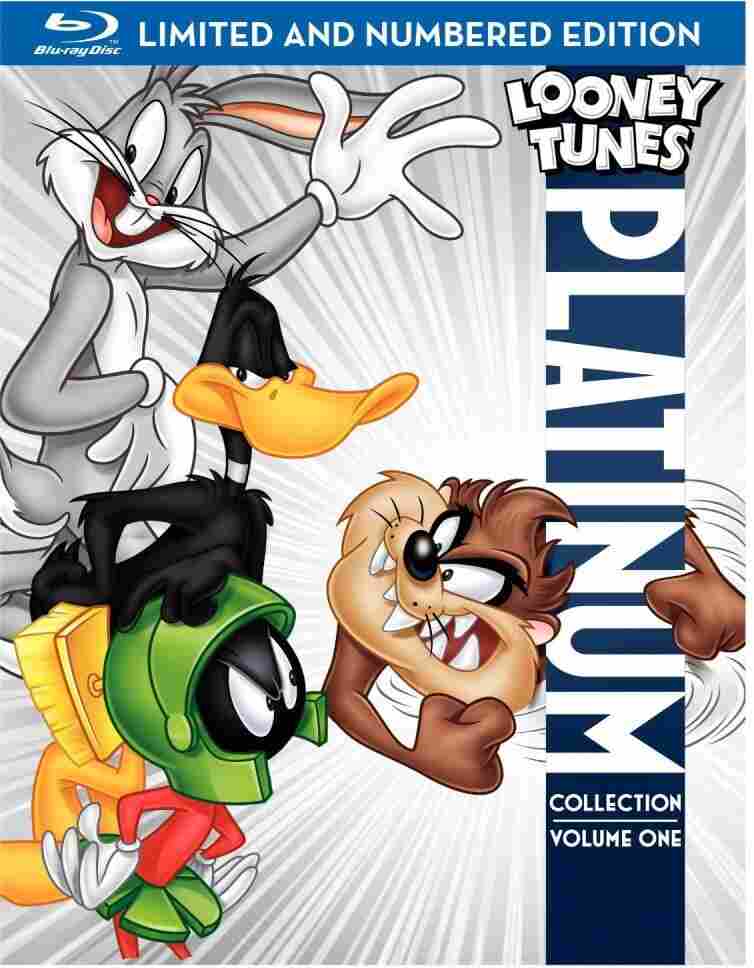 The inevitable follow-up to the popular "Golden Collection" DVD series, the Blu-ray Looney Tunes Platinum Collection Volume 1 (Blu-ray/$50) gathers 50 cartoons in total, with a third disc dedicated to bonus feature for the hardcore Looney Tunes fan – including three (!) full-length documentaries on resident animations genius Chuck Jones. As a veteran Looney Tunes aficionado, I can testify that the selection of shorts is comprehensive and covers most of the agreed-upon classics. This is the gift I'm giving myself this year, and I can dutifully report that I'm simply thrilled. Really. I just love it. Thank you, me! It's perfect!