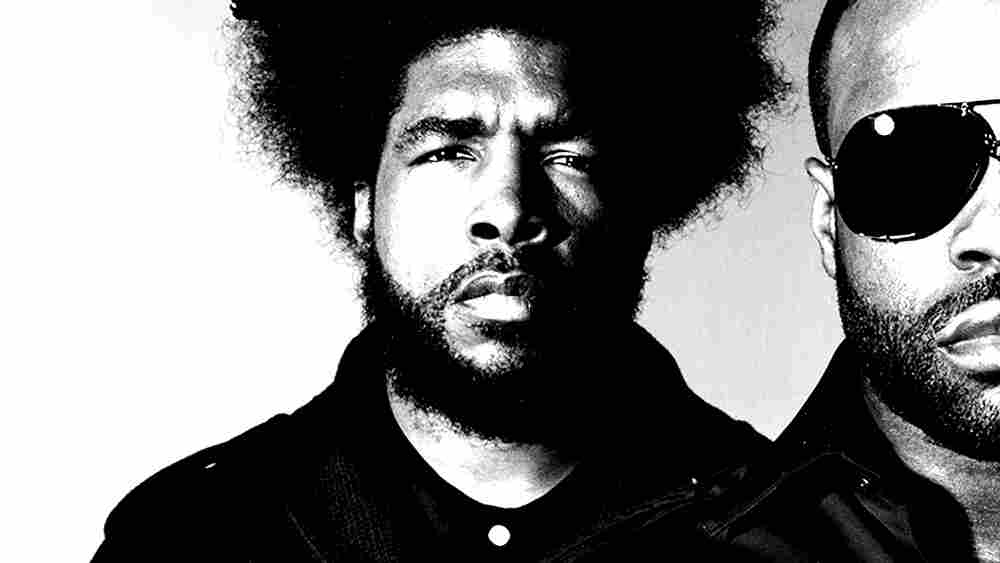 Founded by Ahmir "?uestlove" Thompson and Tariq "Black Thought" Trotter, The Roots have now been performing for more than two decades. The hip-hop group's latest album is undun. Chago Akii-bua/Courtesy of the artist hide caption 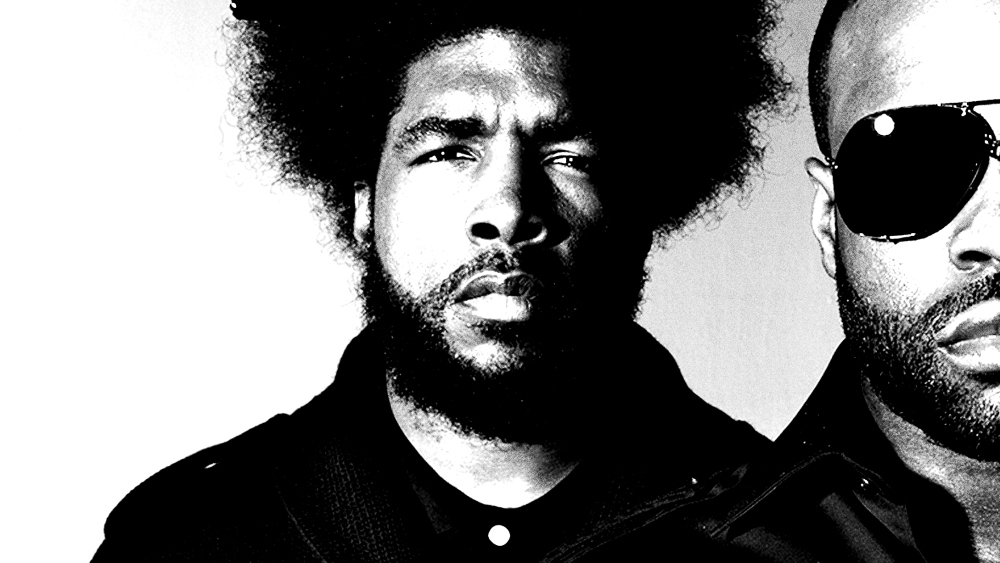 Founded by Ahmir "?uestlove" Thompson and Tariq "Black Thought" Trotter, The Roots have now been performing for more than two decades. The hip-hop group's latest album is undun.

Chago Akii-bua/Courtesy of the artist

The Roots might be best known today as the house band on Late Night With Jimmy Fallon. But the group has been making boundary-pushing hip-hop for more than two decades, and has just released its latest album, undun.

More than just a collection of songs, undun is a kind of ultra-modern opera about a drug runner named Redford Stephens, who comes to ruin after a brief, violent life. The group's MC, Tariq Trotter — better known by his stage name, Black Thought — says that although Stephens isn't real, the character's story hits close to home.

The Roots say many of the lyrics on undun went through numerous rewrites. Here's an excerpt from the track "The OtherSide":

Yo, we obviously need to tone it down a bit
Running round town spending time like it's counterfeit
Everybody catching hay fever like sinuses
Step in my arena let me show y'all who the highness is
You might say I could be doing something positive
Humbled head down low and broke like promises
Soaking and broken in a joke like comics is
Not enough paper to be paying folks compliments
But when that paper got low so did my tolerance
And it ain't no truth in a dare without the consequence
Listen if it not for these hood inventions
I'd just be another kid from the block with no intentions
On the dock of that bay serving a life sentence
Even if I'm going to hell I'm gonna make an entrance
Yeah, let 'em know I'm getting cheese like omelets is
But I'm the toast of the town like Thomas is

"Where I'm from, the life expectancy is about 25 or 26. My father was murdered at 26. I remember when I was 15 or 16 years old, I couldn't imagine what life would be like past the age of 30, just because I didn't know that many men who had lived beyond their 20s," Trotter says. "It's not specifically my story, or my father's story, or my older brother's story. But it could be any of those."

"We wanted to tell the story in a reverse-linear mode, so the album pretty much starts with [Redford Stephens'] death," says drummer and bandleader Ahmir "?uestlove" Thompson, who cofounded The Roots with Trotter in 1987. "We thought it was important to show that when you choose this path, it's a dead end."

Drugs and crime are common themes in hip-hop, but Thompson says they're often described in the past tense — e.g., Jay-Z's early raps about his old life as a cocaine dealer.

"It's always a grandiose vision of this particular character," Thompson says. "We wanted to show the minion — the guy who's lowest on the food chain."

"I wanted to present it in a way that wasn't exaggerated or cartoonish," Trotter adds. "I wanted to make it easier to understand how people wind up in the situations they wind up in — how easy it is."

Telling the story right meant giving careful consideration to the lyrics. Trotter says that, more that any other Roots album, undun came together via a slow and deliberate process of revision.

"Everything you hear me saying on this record is at least the fourth or fifth draft," he says. "I would write a verse and then rewrite it and rewrite it. I don't sit down and write a song, and then slam down the phone like, 'We got another one!' and pop some champagne. It's like if someone's writing a novel: You write a series of drafts."