Accessibility links
Patton Oswalt On Comedy, Change, And What Happens If You Never Leave Home Patton Oswalt says that both in the film Young Adult and in a long history in stand-up, growing up is better than staying in the same place forever. 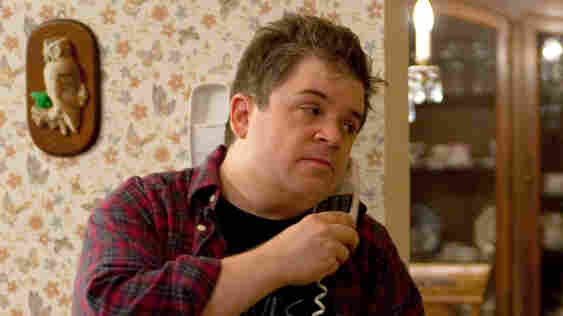 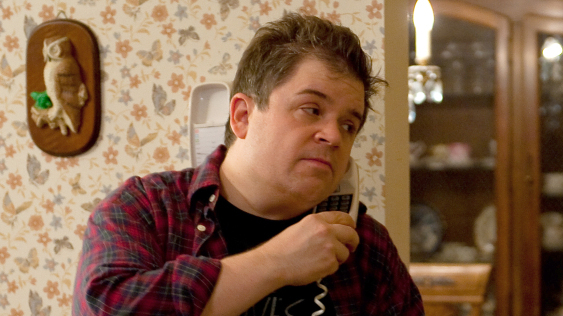 You might know Patton Oswalt as a stand-up comedian, as a writer, as a player on TV shows like United States Of Tara and Dollhouse, as the voice of the primary rodent in Ratatouille, or as the New York Giants obsessive in the dark film Big Fan. Now, he's appearing opposite Charlize Theron in the black comedy Young Adult.

Oswalt plays Matt Freehauf, who's minding his own business in Mercury, Minnesota when Mavis Gary (Theron), once his classmate and now a woman spiraling into many bad things at the same time, comes to town to reclaim her high-school boyfriend. The two become drinking buddies, despite the fact that Matt is repulsed by Mavis' scheming.

On Sunday's Weekend Edition, Oswalt tells Audie Cornish that he appreciated the fact that while Matt may be a small-town guy, the script (by Juno writer Diablo Cody) doesn't present the people of Mercury as simpletons. "I loved that the people living in the small town are actually happy and have lives of their own," he says, adding that all too often in the movies, "the small town, they're just these harmless potato people who are there to make the hero better."

In developing the character with an acting coach — the first time he's done so for a film role — Oswalt says he had to consider the way his life might have gone had he never ventured out into the world as he did when he went into comedy as a young guy. "I really had to imagine the kind of person that I would have been if I had never left my hometown. I don't think I would have been a very pleasant person." Not that speculating about alternative futures is ever easy: "I had to go back and reverse-engineer a life that I decided not to live."

Oswalt also says he's grateful for getting to play roles like Matt, because like anyone, there are ways he might be typecast. "Definitely the kind of geeky — I'm amazed I haven't done more, like, nerdy tech guys to the hot leading man in all these action movies. I don't know why I haven't been sitting in a van with headphones on, going, 'We've lost the signal!' ... maybe that's in my future, I don't know."

His future has, of course, already seen shifts, some of which Cornish notes are conspicuous across his comedy albums. Oswalt agrees, and says cataloging those changes has been useful. "I didn't even realize that was my aim, but I'm very, very commited to saying exactly what I feel right now on each album. And I have no problem with people saying, 'Well, you know, in your first album you say you hate kids and you'll never get married, and now on the fourth one, you're talking about raising a kid.' I'm like yeah, because at the time, that is how I felt. I'm glad that's been permanently recorded. You see a person changing and growing."

And change and growth, Oswalt finds, are a useful complement to the constant excitement about youth. "We're rewarding either the reality or the apperance of youth, which is why you have all these people in their fifties trying to act like they're seventeen. You know, it's great to be young. Be young. By all means, be young. But always remember that youth is also kinda dumb, and doesn't know a lot yet. So what you want to worship above youth, I think, is beauty, and beauty is so beyond just appearances after a while. Because you can be with someone who's good-looking, if they open their mouths and they're an idiot, then they cease to be beautiful very quickly."

It can be particularly useful to have a chronicle of how much you've changed, he says, if you happen to have kids. "I like that you see me when I was a much dumber youth," he says, adding that one day, he may be able to comfort his daughter about her own anxieties by showing her evidence of his own past: "Daddy made mistakes, too. Here you go."