Accessibility links
Romney Seeks Gingrich's Tea Party Lead In S.C. South Carolina's Tea Party-backed Gov. Nikki Haley has not only endorsed Mitt Romney, she regaled him with glowing tributes at every campaign stop in the multi-city tour over the weekend. Romney is fighting to show South Carolinians he is more conservative than Newt Gingrich. 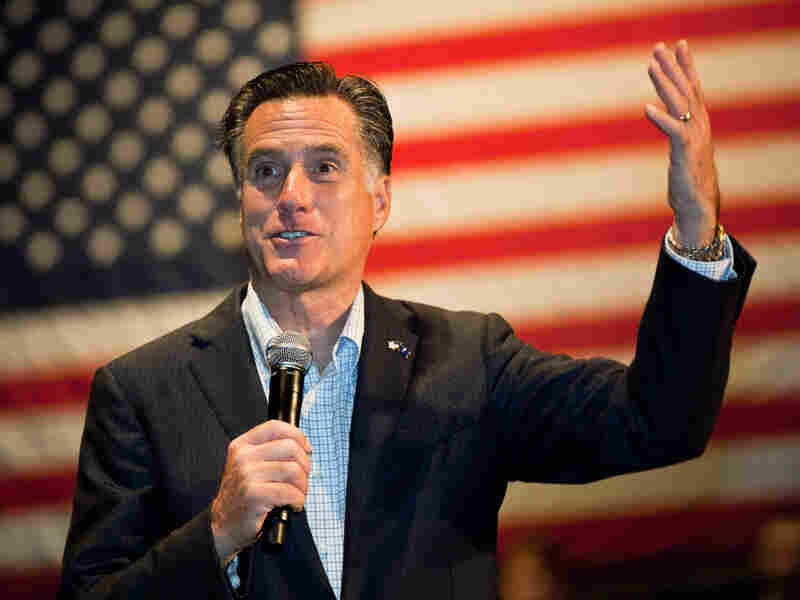 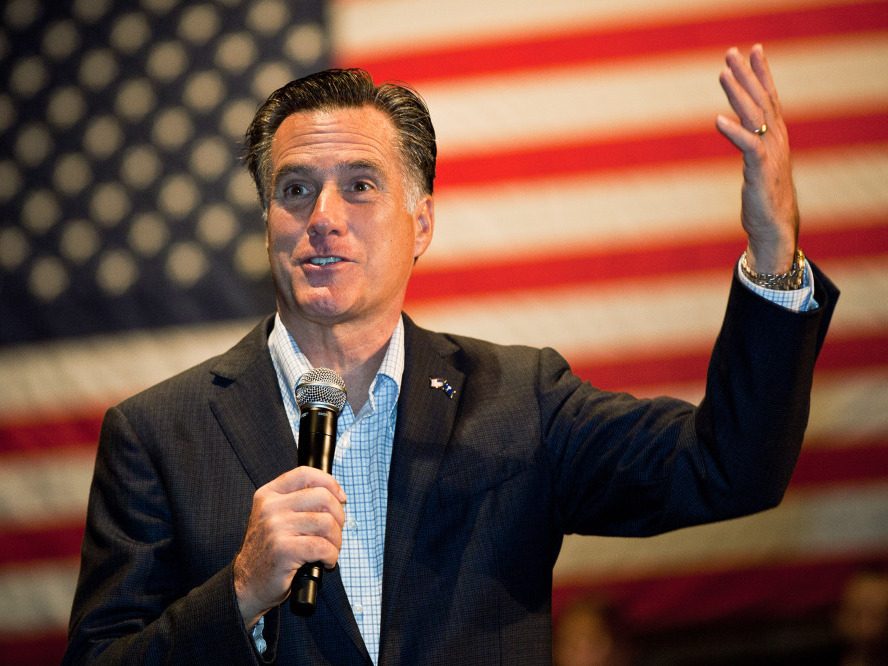 It was warm and beautiful in the seaside resort of Myrtle Beach, S.C., Saturday, where Republican presidential candidate Mitt Romney held his final town hall meeting of the weekend. As he stood surrounded by supporters wearing campaign t-shirts, Romney's mood seemed as sunny as the 65-degree weather outside.

Romney had a lot to be happy about. South Carolina's Tea Party-backed Gov. Nikki Haley had not only endorsed him, she regaled him with glowing tributes at every campaign stop in the multi-city tour.

Lining Up With The Tea Party

At the moment, former House Speaker Newt Gingrich has a huge lead over Romney among Tea Party supporters. The former Massachusetts governor is fighting to show South Carolinians he is the more conservative of the two.

"I actually think that on the issues of the day and the experience that I would bring to the White House, that I line up pretty darn well with Tea Partiers," he said earlier Saturday.

Haley then joined in.

When Romney was asked whether Gingrich had worked as a lobbyist for the mortgage giant Freddie Mac, he had a quick comeback.

"I'm going to let the lawyers decide what is and is not lobbying. But you know, when it walks like a duck and it quacks like a duck, typically it's a duck," he said.

Gingrich denies he was a lobbyist for Freddie Mac and says he was paid more than $1.6 million for strategic advice.

Scott has already held similar events for other candidates, including Gingrich. Scott says while both Romney and Gingrich did well, he hasn't decided who will get his endorsement.

"Honestly, they have two different styles. Their styles are both bringing something to the table," he says. "I heard some folks talk about a Romney-Gingrich ticket, others talk about a Gingrich-Romney ticket. We'll see what happens."

Some voters said they haven't made up their minds either. Beth and Kevin Alford aren't sure whether Romney is conservative enough for them. They're also uncomfortable with Gingrich's personality. The Alfords say they're completely undecided. Beth Alford says she supported Herman Cain before.

"I think at this point what we've kind of decided is that most all of the candidates have baggage of one sort or another," Kevin Alford says.

One South Carolina voter says he's decided to make what he thinks is the safe choice. Bill Cline, a former management consultant, says Gingrich's multiple marriages and infidelities would make him vulnerable in a contest against President Obama.

"Gingrich has a long history, and it's going to be exploited by the other side," he says, "and I think it will be a detriment to him and will complicate his election possibilities. And I think Romney has a better record."

Cline says many voters like him are looking for a candidate who can unseat Obama. He thinks Romney has the skills and experience to be the country's next leader.