Accessibility links
Trent Reznor: The Fresh Air Interview The man behind Nine Inch Nails composed the music for the U.S. film adaptation of The Girl With the Dragon Tattoo. Here, he discusses composing the film's unsettling score. 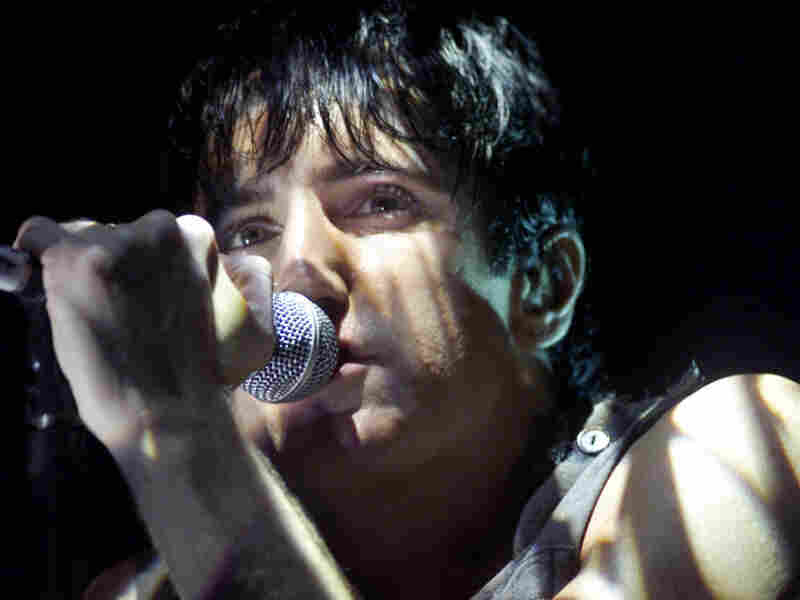 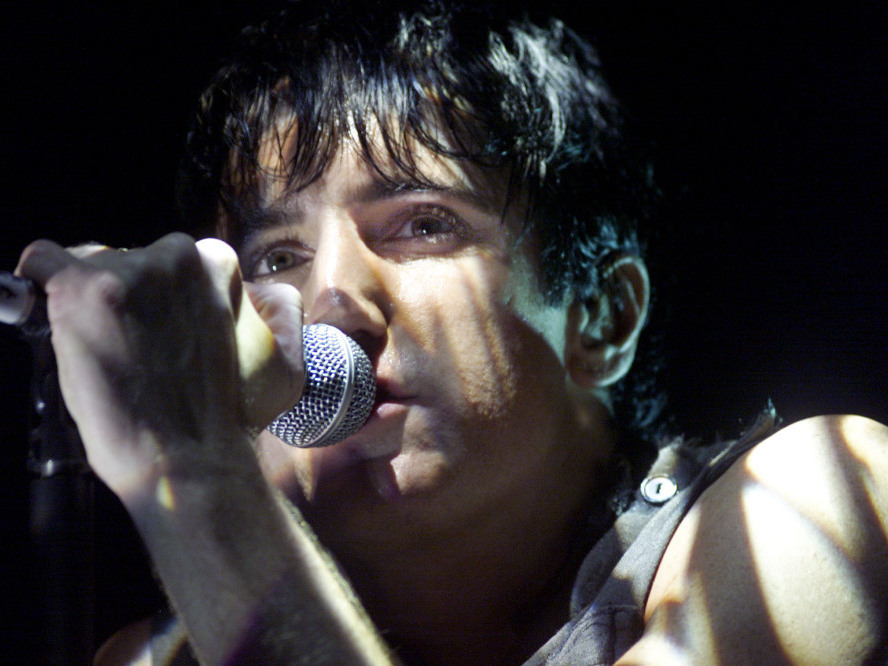 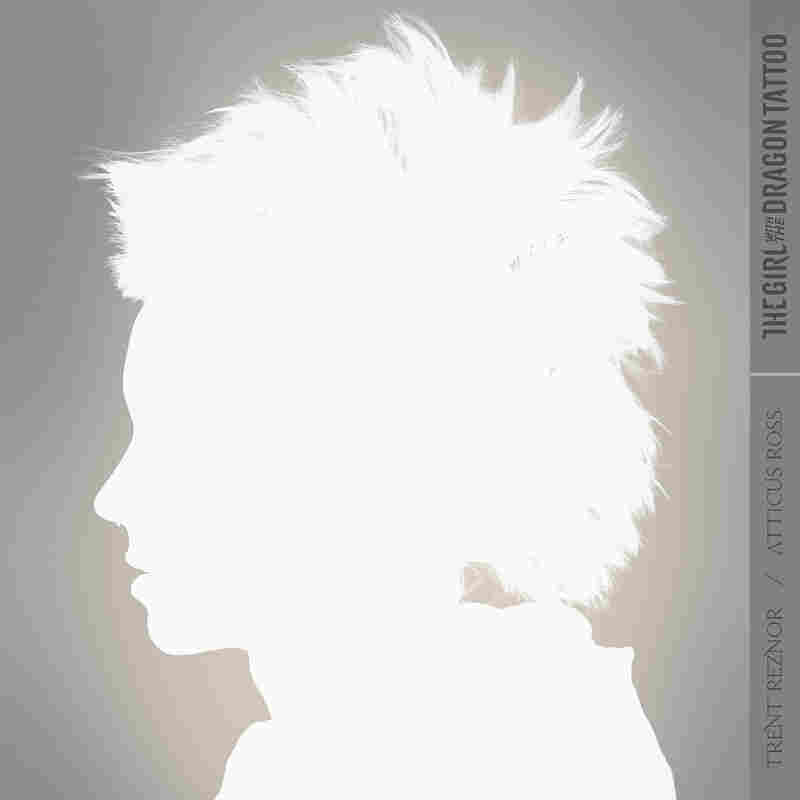 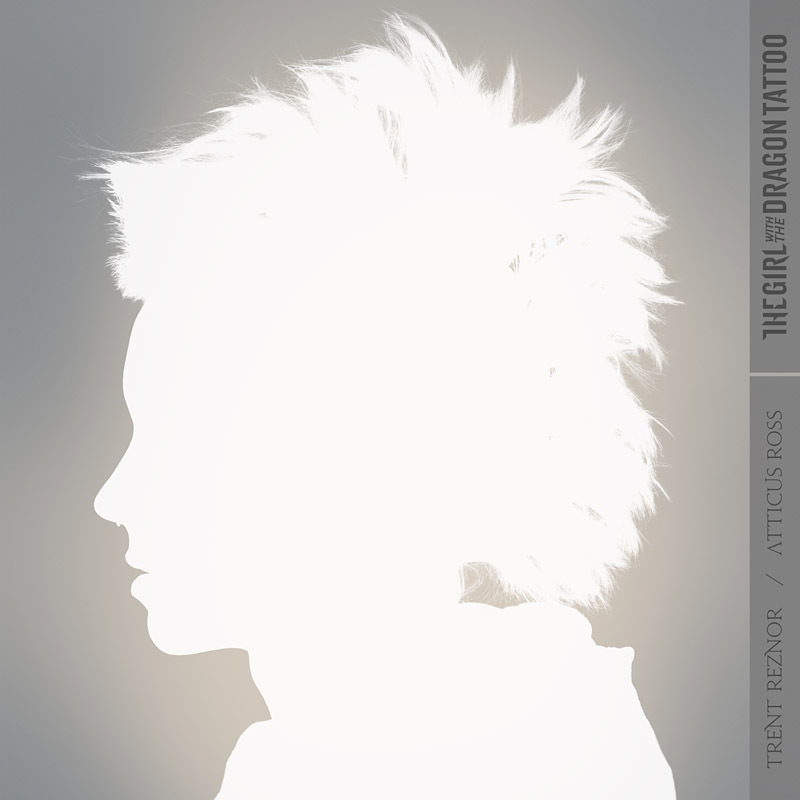 "People Lie All The Time"

"What If We Could"

When filmmaker David Fincher asked Nine Inch Nails' Trent Reznor and his songwriting partner Atticus Ross to compose the music for his U.S. film adaptation of The Girl With the Dragon Tattoo, Fincher had one request: for the music to sound 'textural.'

So Reznor and Ross, who won an Oscar for their score of Fincher's 2010 film The Social Network, experimented with sounds created by stretched-out bell tones, piano beds filled with nails and clothespins, and mixes of distorted instruments played imperfectly.

"We wanted to create the sound of coldness — emotionally and also physically," Reznor tells Fresh Air's Terry Gross. "We wanted to take lots of acoustic instruments ... and transplant them into a very inorganic setting, and dress the set around them with electronics."

Reznor and Ross' hauntingly beautiful soundtrack features three hours of new instrumental music and two cover songs — Led Zeppelin's "Immigrant Song," with lead vocals by the Yeah Yeah Yeahs' Karen O, and a cover of Bryan Ferry's "Is Your Love Strong Enough," with lead locals by Reznor's wife, Mariqueen Maandig. Those two covers complement the instrumental score, on which tracks are layered with simple melodies, machinelike noises and unsettling synthesizers to create a dark, moody atmosphere and complement the foreboding images on screen.

"[The instrumental sounds are] processed and stretched and manipulated into a setting where it may sound harmonically familiar, but if you tune into it, it's not behaving in a way that you're accustomed to that type of sound behaving," Reznor says. "I find experimenting around in that is an interesting place to work."

Reznor's experimentation with "found sound" and discordant harmonies started early in his career, when he says he was inspired by bands like Throbbing Gristle and the films of David Lynch.

"As early as [Nine Inch Nails'] album Downward Spiral, there was a lot of effort and experiments going on — layering in sounds that might bother you under music to create a sense of anxiety," he says. "I've always found that it's an interesting instrument to bring into the mix — creating melody or purpose out of noise in the various shapes noise can take, whether it could be the hum of a radiator to a room tone, [to create] something that evokes an emotional response."

Downward Spiral, Nine Inch Nails' second album, was written in 1993, after the band had started to make a name for itself in the Cleveland underground industrial-music scene.

"I decided to write a conceptual record that told the story of somebody that was futilely trying to fill up a hole in their being with whatever it might be — sex or drugs, or to try to escape from a sense of emptiness," Reznor says. "And I felt that that created a framework where I could write these songs that all kind of made sense."

The album sold more than 5 million copies worldwide, with "Hurt" and "Closer" cracking the Billboard Top 10. Reznor says the album, about a man whose life spirals out of control, was not autobiographical at the time he wrote it.

"But the terrible irony of the story is that the story [in Downward Spiral] came to life over the next few years," he says. "My own life spiraled out of control, and I look back now and think, 'I was writing about me.' ... I think that I was somebody who was pretty immature emotionally. And when thrust into a situation that was very abnormal — of fame and adulation — I wasn't really equipped to deal with it very well."

In the late '90s, Reznor says he started relying on alcohol to get him through the day. He also began drinking heavily on tours. 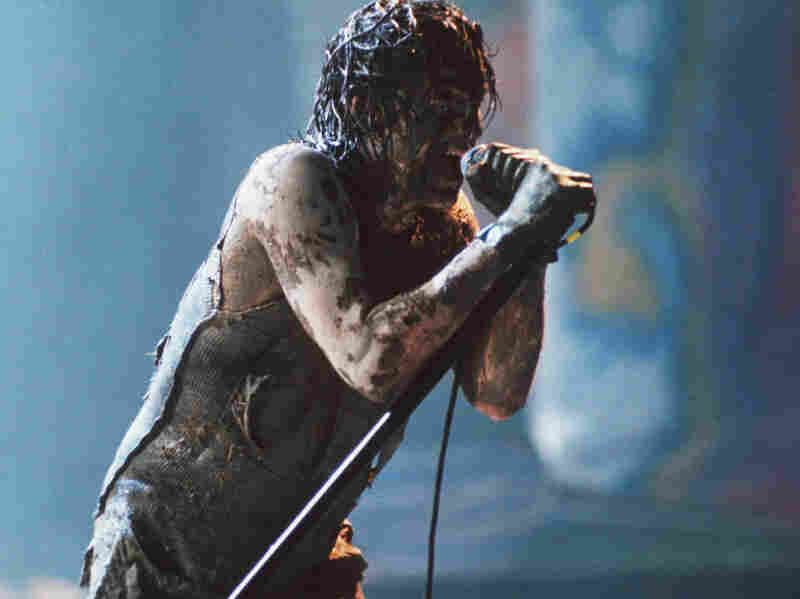 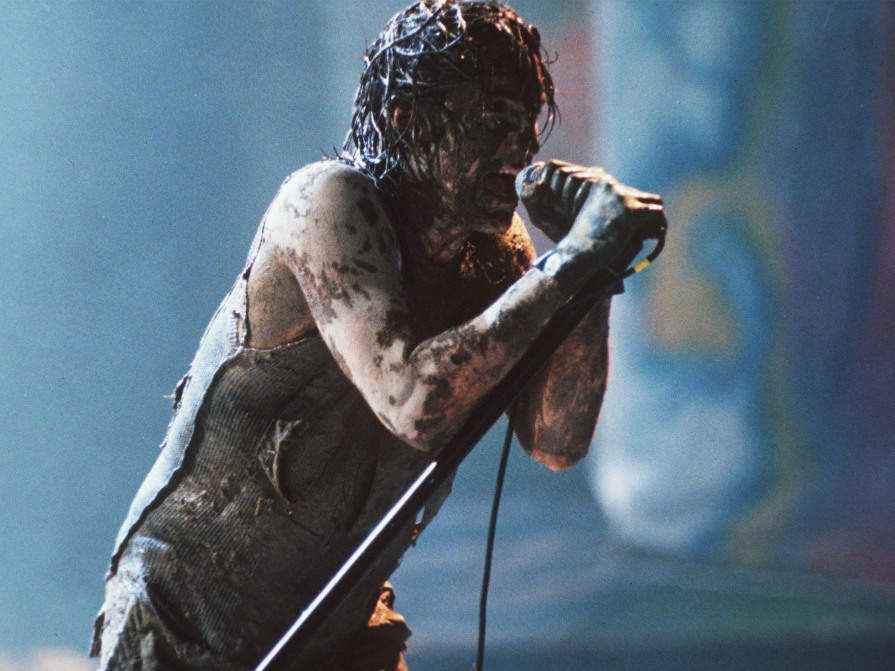 Heading Down A Slippery Slope

Reznor took five years off between Downward Spiral and Nine Inch Nails' next album, 1999's The Fragile, which he says he wrote in his darkest moments.

"[It] was written in a very slippery, thin-ice slope, knowing there's something wrong here — and trying to address it but not embracing the treatment," Reznor says. "Once that record came out, we went back on tour in the worst condition I could have possibly started a yearlong tour. When that tour finished, shortly thereafter, I was finished. It reached a point where I threw my hands up and said, 'It's going to go one way or the other: I'm going to be dead, or I'm going to fix myself. Because I cannot stay feeling like this.' "

Reznor entered a treatment facility, after years of avoiding any kind of help.

"Somewhere," he says, "there was still somewhat of a logical person in there that said, 'OK, this just doesn't work. You've tried every rule-bending thing you can do here. Accept the fact, and let's do this thing."

Nine Inch Nails went on hiatus for six years during Reznor's treatment. In 2005, the band released With Teeth and then in 2007, Year Zero, a concept album that presented a dystopian view of the future of the U.S. A few years later, Reznor formed the band How to Destroy Angels with his wife, Mariqueen Maandig, and Atticus Ross, with whom he later collaborated for The Social Network and The Girl With the Dragon Tattoo.

Reznor says he always tries to include a personal component somewhere in his compositions. Even his earliest song lyrics, from 1989's Pretty Hate Machine, were all based on private journal entries, he says.

"When I finally had the courage to marry some of those up with music, then I thought, 'Well, this is very powerful, but I can never play it for anybody,' because I didn't create a character consciously," he says. "That character was just me unfiltered. And I realized when I did have the courage to play it for some people, that it had a strength to it, a resonance to it. That became the template to what Nine Inch Nails was about."

There's a lot of 'I's' in Nine Inch Nails lyrics, particularly that era. Part of that was a lack of skill of writing, and part of it was I learned early on [that] the only thing I could say that had any integrity was truthful things."

On his depression in the late 1990s

"You're standing onstage in a sold-out arena with people singing your music, and you feel like the loneliest person in the world. Because here's a party that, essentially, it's for you. And you still somehow feel like you don't belong there. Those people all have their lives and go back home. And you get back on a tour bus and — you can't say that sort of thing without sounding pathetic, and I fully realize that. But what was wrong with me was there was just an imbalance. Regardless of what was put in front of me, I could find a way to feel bad about it. I was just wired that way. I could write the best song in the world and never feel like it was that great. Or look in the mirror and see somebody I don't like. It just took me into a bad place."

On his musical inspirations

"I did not grow up in a cosmopolitan environment. I grew up in a little town in the middle of nowhere, pre-Internet, pre-college radio. My input for the first 16, 17 years of my life was AM radio, FM radio — pretty mainstream stuff. Rolling Stone was probably as edgy as it got. I think growing up on a solid diet of listening to melodic-based pop music instilled in me that format of hooks and something to grab on to. As I started writing music, and considering how to write music, it would come back to something that was memorable. I tried to think in terms of choruses and hooks and melodies — even if that was set in a very noisy, atonal environment. And I realized a lot of music I liked at the time was hinting at the same sort of thing."

"I think it's easy to make impenetrable music that nobody can get, and you can hide behind that sometimes. I kind of like the idea of subversively working your way into people's heads, and then you can say whatever you want."