In a "special broadcast" Monday from the North Korean capital, state media said Kim died on a train due to a "great mental and physical strain" during a "high-intensity field inspection" Saturday. It said an autopsy done Sunday "fully confirmed" the diagnosis.

Kim Jong Il wanted his successor to be his son, Kim Jong Un, who is believed to be in his late 20s. But there was no immediate word on a new leader in North Korea. 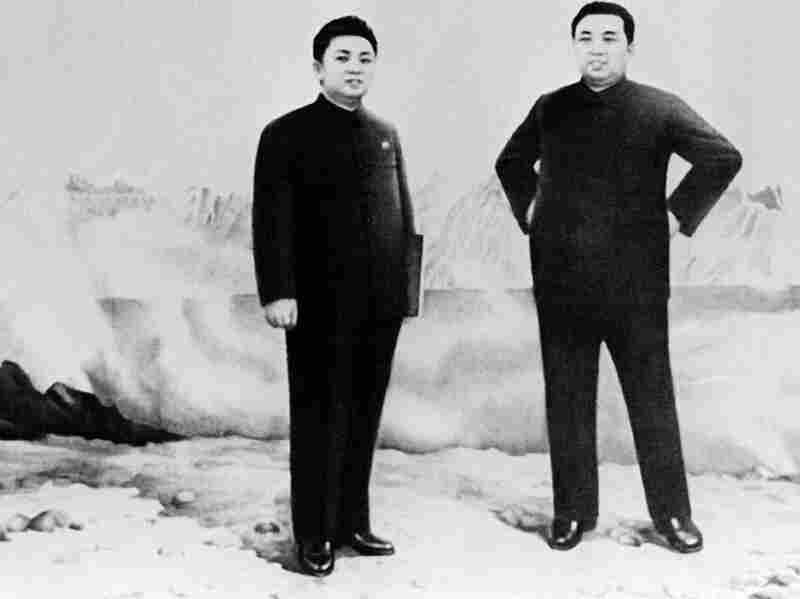 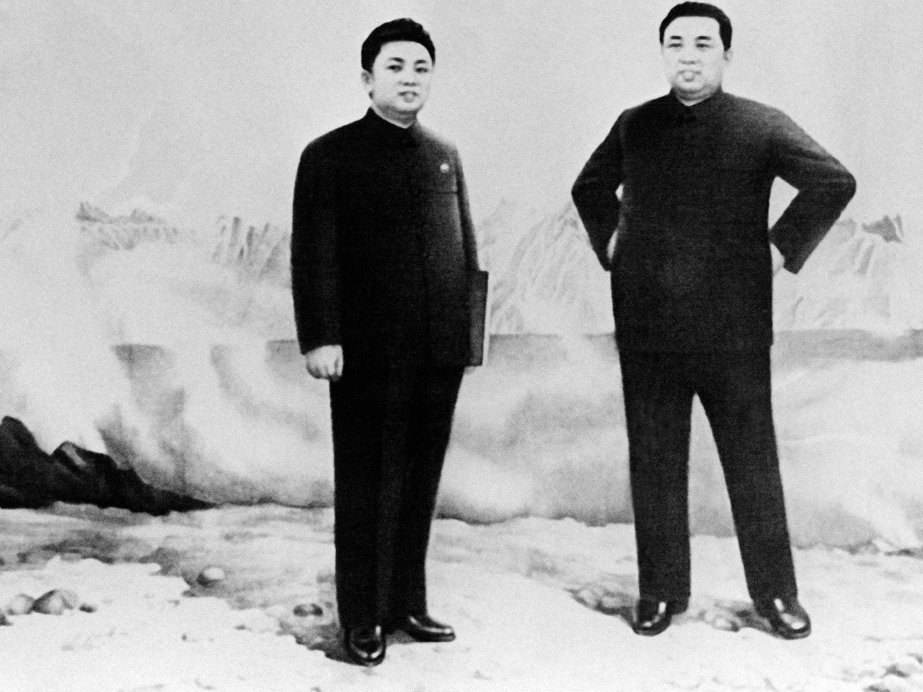 Kim Jong Il was maligned by some as a delusional dictator and an eccentric playboy who was responsible for famine at home and terrorism abroad. To others, he was a political survivor who managed to hold his own in a high-stakes game of nuclear poker with big world powers.

Kim's official biographers say he was born on Mount Baekdu, the mythic origin of the Korean race. In fact, he was born in 1942 in the Russian Far East, where his father, Kim Il Sung, was waging guerrilla warfare against the Japanese occupation of Korea.

Given Kim Il Sung's stature and charisma as North Korea's founding father, Kim Jong Il was at a disadvantage from the start.

"Kim Jong Il has been more than a frontman, but less than the totalitarian leader his father was, able to just issue diktats and do whatever he wanted to do," says Selig Harrison, a senior scholar at the Woodrow Wilson Center in Washington, D.C. Harrison met twice with Kim Il Sung. He says Kim Jong Il was not the natural-born political animal his father was.

Kim Jong Il was the son of Kim Il Sung's first wife. His second wife wanted her eldest son to be heir, not Kim Jong Il. Many of the old guard within the ruling Workers' Party, meanwhile, felt a dynastic succession from one Kim to the next was "un-Communist."

"I think this had a lot to do with making him a very defensive, very manipulative, cunning operator who did eventually get his father's nod as the heir, who faced tremendous opposition from within the Workers' Party," he says.

The death of his father in 1994 thrust Kim into the spotlight. The following year, economic collapse plunged the country into roughly three years of famine that killed more than 2 million people.

B.R. Myers, head of the international studies department at Dongseo University in South Korea, says that even with the regime's many tools of repression, it's amazing that Kim was able to prevent a massive exodus of starving refugees. 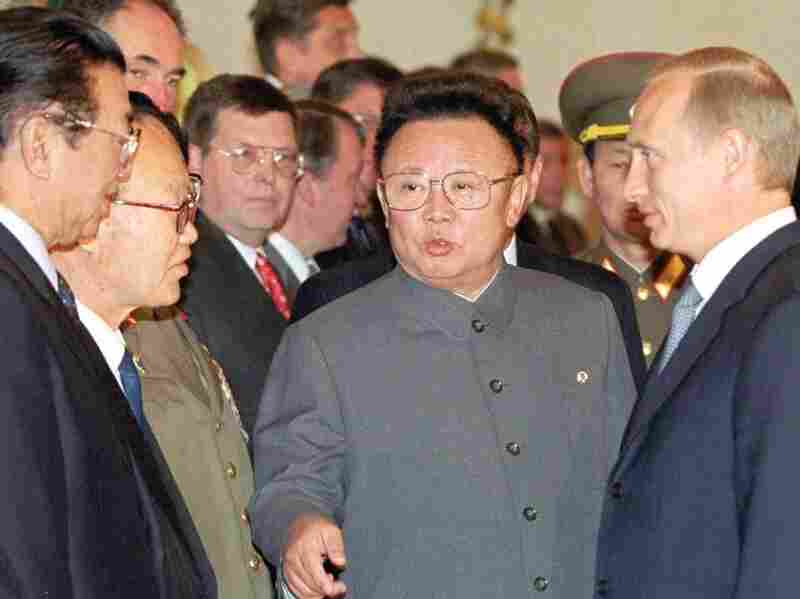 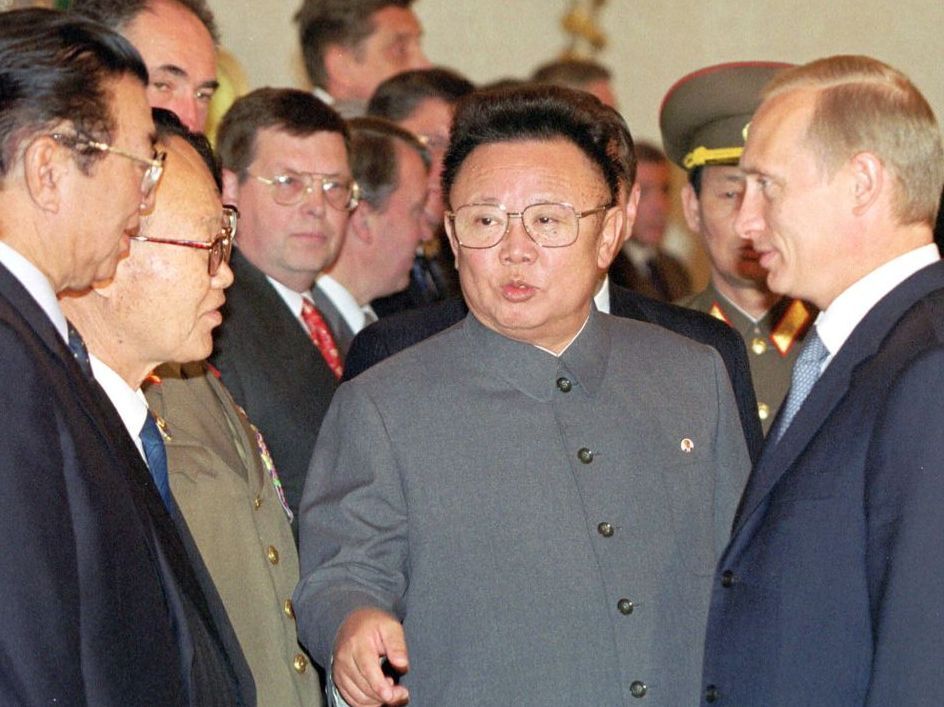 Myers says when Kim took over the country in 1994, the economy was already in free fall, and the country had lost its main benefactor in the Soviet Union.

"When you think that we were all predicting North Korea's downfall within one or two years back then, when you think about how well he played that card during his rule, it really is extraordinary," Myers says.

The late Hwang Jang Yop was Kim's mentor and a top Workers' Party official until he defected to South Korea in 1997. After that, he was a harsh critic of his former bosses. But he recalled that even at the height of the famine, Kim commanded intense loyalty from many North Koreans. Hwang recalled visiting a North Korean logistics officer during the crisis; the officer said they were "OK to die of hunger" out of loyalty to Kim.

Kim responded to the famine by launching some limited economic reforms, including the jangmadang, or private markets for food and daily necessities that the state-run economy could no longer adequately provide.

He also stepped up diplomatic engagement, leading to the first inter-Korean summit in 2000. 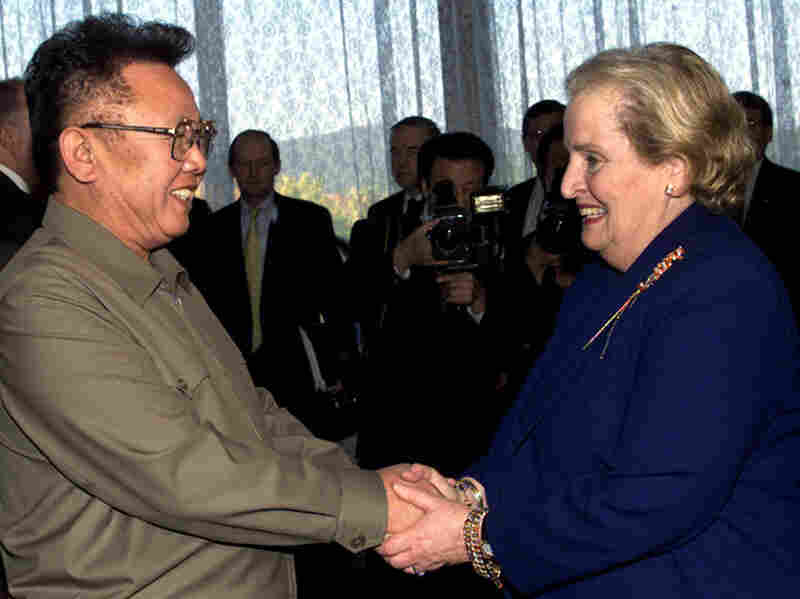 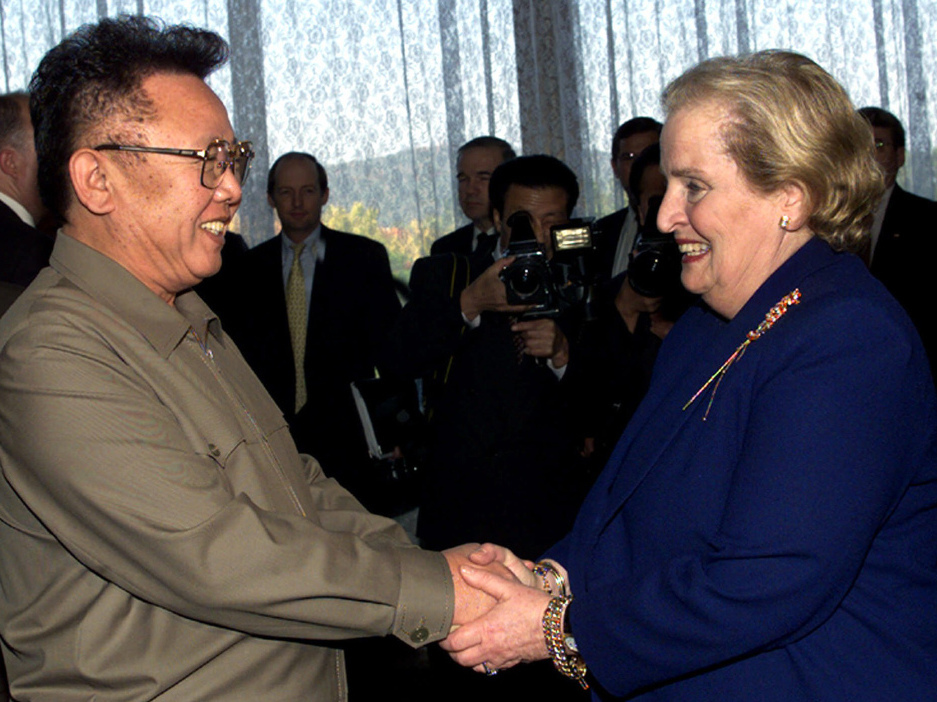 In a 2009 interview, shortly before his death, former South Korean President Kim Dae-jung recalls that Kim the dictator was abhorrent, but Kim the summit host was a far cry from the foreign media caricature of Kim as Dr. Evil in a leisure suit, platform shoes and bouffant hairdo.

Wendy Sherman, a special adviser to President Clinton on North Korea, accompanied then-Secretary of State Madeleine Albright to Pyongyang in 2001, and met Kim along with Swedish Prime Minister Goran Persson.

"We shared similar impressions of meeting him. He was smart and a quick problem-solver," Sherman says. "He is also witty and humorous. Our overall impression was very different from the way he was known to the outside world."

Sherman sat next to Kim at a stadium to watch a huge festival of synchronized dancing. She says she turned to Kim and told him she had the sense that in some other life, he was a "great director."

"He clearly took such delight in putting these performances together," she says. "And he says, yes, that he cared about this a great deal and that he owned every Academy Award movie, he had watched them all, and he also had every film of Michael Jordan's NBA basketball games and had watched them as well."

North Korea announced it tested its first atomic bomb in 2006. Pyongyang then played the nuclear card in a game of brinksmanship. It promised to disarm, but then backtracked if it felt slighted or wanted more political and economic benefits in return.

President George W. Bush maligned Kim as a "moral pygmy" and placed North Korea squarely on his so-called "Axis of Evil" along with Iran and Iraq.

Pyongyang pointed to Washington's rhetoric as evidence that the U.S. was poised to attack the North or seek regime change. Kim used the threat of U.S. hostility, meanwhile, to divert domestic attention from economic hardships.

Zhang Liangui, a North Korea expert at the Chinese Communist Party's Central Party School in Beijing, says Kim's reading of his regional opponents was spot on, and he was effective in exploiting the differences among them.

"North Korea is a small and weak country, yet Kim was able to manipulate so many big countries in its hand," Zhang says. "Kim made the other countries in the six-party talks dance to his tune, and there was nothing the other parties could do about it."

In other words, North Korea is a small country shaped by the big powers surrounding it: China, Russia, Japan and the U.S. But North Korea's geo-strategic position in Asia is such that a shrewd tactician, perhaps with a little nuclear clout, can turn the peninsula into a tail that wags quite a few dogs.